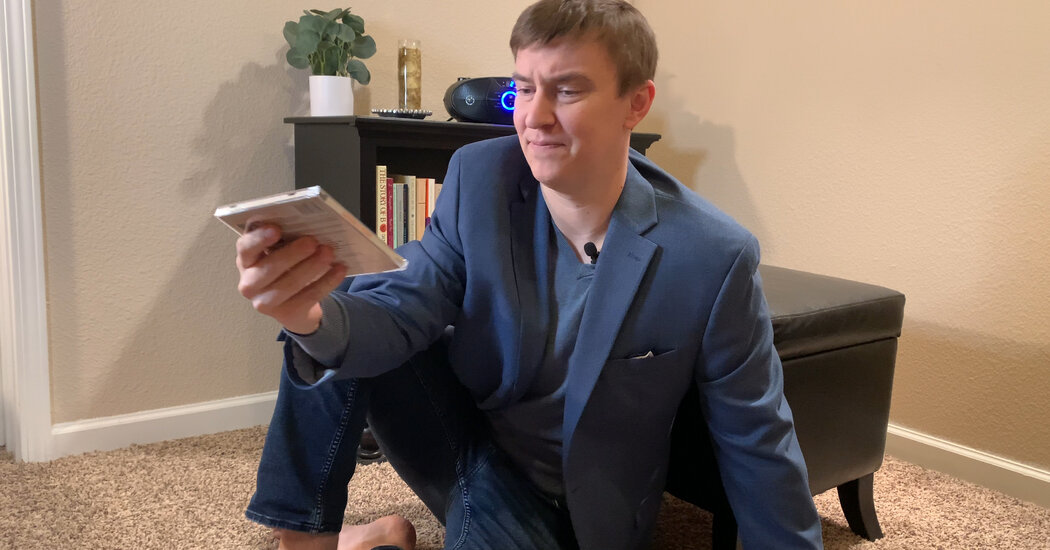 The title character of “The Jackson C. Frank Listening Party w/ Special Guests,” from the New Light Theater Project, is a musical footnote: A troubled artist, Frank recorded his only album when he was 22, in 1965, which Paul Simon produced. Frank died at 56 after a life marked by tragic accidents, mental illness and a stint of homelessness.

I’d never heard of him — not realizing he had written the achingly beautiful “Blues Run the Game,” which has been covered by Sandy Denny, John Mayer and Counting Crows, among many others — and initially thought the playwright Michael Aguirre had made Frank up as a kind of theatrical answer to the fictional folk singer of the film “Inside Llewyn Davis.”

But yes, Frank and his music are real, and we get to know a little more about them in this new streaming production, presented by 59E59 Theaters.

“Listening Party” is not, however, a traditional bio-play, and Aguirre does not get into the weeds of Frank’s life and artistry. The musician is simultaneously central and peripheral in a show — which essentially takes place in the present day — that is more interested in how music can foster personal connections and, perhaps, a sense of community.

For Allen (Aguirre), listening to albums was something he and his older brother, Rob (Sean Phillips), had ritualized growing up: They would buy a new CD every Friday, go home and play to the whole thing in order. Aguirre was largely inspired by his own childhood, as Allen recounts those days and how they helped him bond with Rob. Now he attempts to do the same with the audience as we all listen to Frank’s self-titled album at the same time.

The show includes links to the music on various platforms, including Spotify and YouTube, and at regular intervals, Allen instructs us to press “play” on a specific song. We listen while watching him listen, and then it’s back to Allen’s reminiscences about growing up in Rob’s shadow. By the end, we’ve mainly learned that Allen is the white-bread straight man to Rob’s enigmatic free spirit, which is not all that much by way of insights. 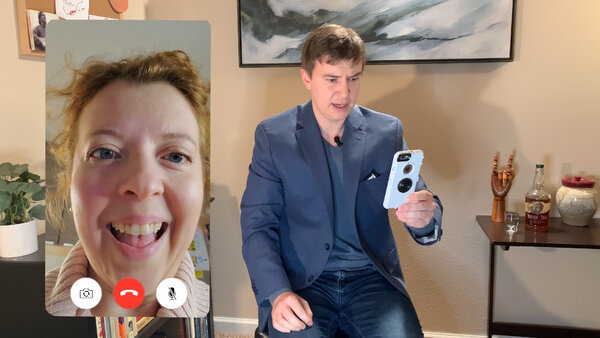 At one point, Allen mentions how Kanye West invited a select few to Wyoming in 2018 to bask in the glory of his album “Ye.” But that type of event was more promotional launch than listening party, creating a highly controlled environment in which information flowed only one way — as it does in this play, since Aguirre and the director Sarah Norris are at the helm, and we’re following their cues.

Allen sketches out Frank’s life, with the special guests of the title — Paul Simon (William Phelps), the old hippie Grandma Woodstock (Dana Martin) and the brothers’ mother (Bethany Geraghty) — not adding anything of great import, especially since the portrayals are rather cartoonish. Aguirre is more interested in the old-fashioned concept of sharing music in a more organic, possibly gentler way than posting a playlist online.

Allen likes to think those CDs sustained their brotherly complicity, so when Rob goes missing, Allen deals with it by reflecting on their old listening habits and perhaps, indirectly, on our current ones — when was the last time you sat down with an album in its entirety and in sequence?

But did Allen and Rob know each other well? It looks increasingly as if they did not, at all, so Allen’s fixation on their listening parties feels like an exercise in solipsistic nostalgia — an issue Aguirre skirts, maybe because it would imply that sharing art does not shed any special light onto someone else.