As he grapples with Parkinson’s and considers what’s next, the director continues to provoke in “The Kingdom Exodus,” the final season of his haunted-hospital drama. 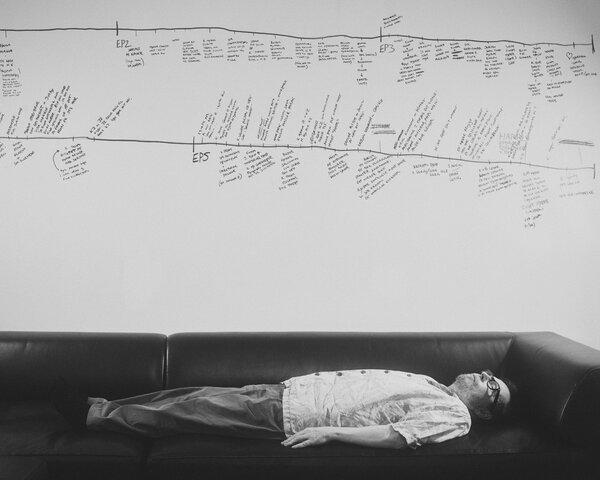 In the first two seasons of Lars von Trier’s haunted-hospital drama “The Kingdom,” hailed since the 1990s as Denmark’s “Twin Peaks,” von Trier appears in a tuxedo at the end of each episode to offer a droll recap and wish viewers a pleasant evening. With an impish grin and an appeal to “take the good with the evil,” he ends with a devil-horn salute.

But in the belated five-part conclusion, “The Kingdom Exodus,” which begins streaming Sunday on Mubi, von Trier delivers his closing remarks from behind a curtain.

“I’ve retired a bit physically,” he says, his shoes peeking out from under the curtain, citing “vanity” as the reason. “The 24 years that have passed since the old episodes have left their mark, and I can’t compete with the unbearably cocky young Lars von Trier.”

It is, on one level, a gag typical of von Trier, 66, a filmmaker who never has never taken himself too seriously, sometimes to a fault, even as he has created some of the most ferociously imaginative, rule-bending and at times infuriating movies of the last 30 years, including “Breaking the Waves,” “Dancer in the Dark” and “Dogville.”

But the comment is also a reflection of his current state. In August, von Trier’s production company, Zentropa, announced that he had Parkinson’s disease. Weeks later, a visibly trembling von Trier gave a surprise, prerecorded introduction at the premiere of “The Kingdom Exodus” at the Venice Film Festival, later telling Variety that he intended to take a break from filmmaking. In a video call from his home in Copenhagen this month, he warned he would not be able to speak as precisely as he wanted.

“That took at least a quarter of my brain, in the sense that I can’t find the words,” he said of his illness, “and in English it’s twice as difficult.” Or as he said in a second interview later in the week, his dark, self-deprecating humor coming through: “I would like to say to you that I am not as stupid as you think I am right now.”

Von Trier was joking, as he does almost compulsively in conversation, his sense of humor no less mordant or provocative now than it was when the first two seasons of “Kingdom” aired on Danish television, in 1994 and 1997. A combination of horror and satire set at the Rigshospitalet in Copenhagen, the series was an early international breakthrough for von Trier, and finishing it completes a circle of sorts, one with origins dating to his 1987 feature “Epidemic,” which used the hospital as a location.

Still, as he considers what’s next, he seemed more circumspect than the von Trier who raised eyebrows at the Cannes Film Festival in 2009 when he declared, “I am the best director in the world.” Or who, two years later at the same festival, expressed sympathy for Hitler and delivered the line “OK, I’m a Nazi” — another joke, but one that got him temporarily barred from Cannes. (Unprompted, he expressed regret over the over the 2011 incident when we spoke, referring to it as “the catastrophe.”)

The actor Willem Dafoe, who began working with von Trier on “Manderlay” (2005) and plays the satanic Grand Duc in “Exodus,” spoke of two qualities that keep drawing him back to von Trier — the director’s ability to communicate without speaking and his habit of speaking too much.