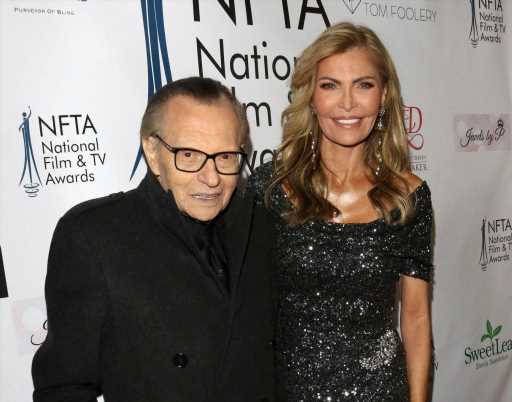 Following Larry King’s death last month, the late award-winning TV host and personality’s wife, Shawn King, has plans to contest his will, according to Entertainment Tonight. The outlet reports that an unnamed source said Larry amended his will in 2019, leaving his $2 million estate to his five children. Shawn, however, was not included in the amendment.

According to reports, the handwritten amended will is dated Oct. 17, 2019, two months after Larry filed for divorce from Shawn, his seventh wife, in August 2019. They had been married for 22 years.

According to the will, King stated that he wanted his kids Chaia, Andy, Larry Jr., Chance, and Cannon to divide his $2 million estate equally. Two of his children, however, are deceased: Andy died in July at 65, and Chaia died a month later at 51. King followed five months later, dying of sepsis infection at Cedars-Sinai Medical Center in Los Angeles at 87.

“He was finally ready to go, I will tell you that,” Shawn told ET. “He never wanted to go but his sweet little body was just, it had just been hit so many times with so many things and once we heard the word COVID, all of our hearts just sunk. But he beat it, you know, he beat it, but it did take its toll and then the unrelated infection finally is what took him, but boy, he was not gonna go down easily.”

Back to the will, Shawn told Page Six that she and Larry had a “very watertight family estate plan.”

“It still exists,” she says of the estate plan she says they created in 2015, “and it is the legitimate will. Period. And I fully believe it will hold up, and my attorneys are going to be filing a response, probably by the end of the day.”

Per People, Larry said he would “always care” for Shawn, but that “it just hit a point where we didn’t get along.”

“We had a big age difference and that eventually takes its toll,” he told the outlet in February 2020. “It became an issue. Also, [Shawn] is a very religious Mormon and I’m an agnostic atheist so that eventually causes little problems. We overcame a lot, but eventually, it became a ships-passing-in-the-night situation.”

However, Shawn says they never finalized their divorce.

Before you go, click here to see celebrity couples with significant age differences.

James Corden Has Already Lost 16 Pounds One Month Into His Weight Loss Journey!