I was very, very glad that Jill Scott won.

I think Jill was wonderful. I’ve said several times in this column that I hope she wins. A thoroughly nice, unaffected girl. A lovely, lovely girl, and most people you asked did say they hoped she’d win. She was just a lovely person. She really was.

To be honest with you, Matt Hancock, it really upset me yesterday when he eventually went out. I can’t help it, I was so disgusted with it. When he came out and Gina ran into his arms, lovey – it’s like the Department of Health when they were in the room having a snog.

It was exactly the same scenario, there he was, gripping her. It was total and utter lust. It wasn’t a lovely kiss. They were grabbing each other across the bridge and I think they’re in lust, they’re not in love dear.

I only hope with Matt Hancock that it turns into love because when you first meet somebody, it’s all sex, sex, sex, and that appears to be the situation with them now. There’s no gentle peck of affection. I felt very sad and I’ll tell you why I did and call me a silly old woman, but when I think of his children watching that on television, watching him…

He’s got no wedding ring on, that’s well gone. They’re clutching each other on the bridge and sucking each other’s lips and you think, dear, dear, your poor children and your poor wife. I mean, it’s so sad to me. I hope this lust turns out to be love dear, here. Because if not, he’s given up an awful lot for a bit of the other, hasn’t he?

When he gets out, there’s going to be so many problems with his political career, and I don’t think he’ll survive it. I don’t think he can survive it. And he’s got no wife, and his poor children. Oh, Gina and him – I hope it’s been worth it. But right now, it’s not love. It’s lust, which doesn’t last, lovey. So let’s see how that goes.

He can’t make this up for the public because you know, he went in, he’s on a huge salary, which he’s still being paid; he’s earned quite a lot of money for going into the jungle, which he’ll get as well. And that will not change and he has let constituents down, he’s sitting in there, and there’s no doubt about it. He wanted to win. You could see by the way he was putting his number in front of the camera, and then his girlfriend’s there… I think it’s too bitter a taste.

He’s let his constituents down. He did well in the jungle, but I still say what I said before he went in, and I won’t change that. He should not have gone in the jungle while he is a sitting MP. If he wasn’t a sitting MP and wasn’t in working hours, then of course, but he was and he shouldn’t have done it. He had no right to be in there, and I think that he’s going to have a lot of problems. 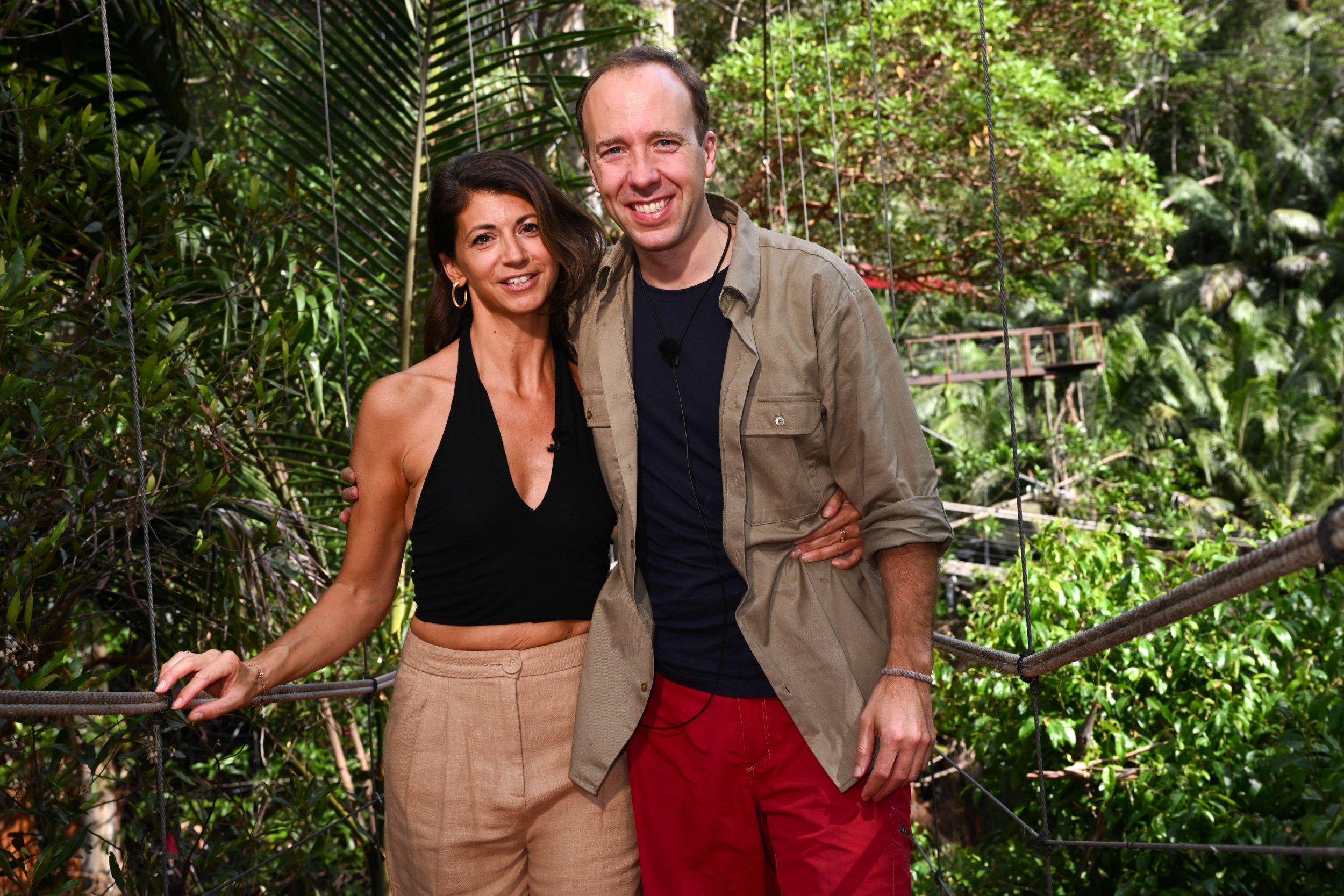 I do think he’s going to be offered a lot of work on television and at speakers’ agencies. He’ll make a few bob for a few years. But I hope he can make it quite a good career, because politically, I think he’s finished.

You do feel torn though because, surprisingly, as I say, he did well in the challenges and you’ve got to give him credit. He did every single star and never complained. He had some vile things to do, but it won’t make up for what he’s done. And I think he honestly thought he had a chance of winning.

We had the cowardly Chris Moyles. Oh, he’s an awful man. And that trial he simply couldn’t do, he got one star. I’ve never come across a man who openly admits he’s an absolute coward. What happened to him?

‘I contributed to the jungle,’ as he was leaving – my love, he got one star. Oh my god, that excuse for a man. And he openly boasts, ‘I’m scared of most things.’ What man would admit that? There’s something very wrong with him, very wrong. Whatever’s in his trousers, it’s not a penis. He’s no man, my god. Disgraceful.

The most appalling person that disgusted me in that jungle for sheer cowardice was Chris Moyles. At one time he did say, ‘I’m frightened of everything.’ You can’t help but think, he is disgusting. A horrible, horrible weedy little man, an excuse for a man. Honestly, I can’t say enough bad about him because he’s a complete little louse, isn’t he? I don’t know how he’s going to go on with his radio show. A horrible little man, I’ve got no time for him at all.

When I saw the politician Matt doing that trial, and that great big toad sitting on top of his head, that tickled me pink. But once again, you know, you’ve got to say this. He was not a coward, Matt Hancock. He was a true man in that jungle. Trial upon trial achieved every one. But as I say, what a pity that he’s done what he’s done to himself because not a bad man, not really.

That absolutely puzzles me because one, you knew he wouldn’t put a foot wrong, you see him in the royal family, never puts a foot wrong.

Secondly, tough as old boots. The trials didn’t bother him. I can’t believe he needed the money, hardly. So it puzzles me why he was in there. I cannot understand.

When he came out and Zara greeted him, you heard him say, ‘I miss you so much.’ Looking at the pair of them, they’re very, very much in love, aren’t they? They’re so in love.

I don’t think Mike Tindall should have won because apart from being a very tough man, did all the trials, he didn’t contribute a thing conversation-wise, because of who he is.

Seems a nice chat, but didn’t say much, couldn’t say much and didn’t. With Matt Hancock, he had more to say. He was equal to the trials and did them bravely, just like Tindall, so not much to choose between, but suppose he was more entertaining vocally, because he could be. Mike Tindall couldn’t be, that was the only downfall there. You knew it wasn’t gonna happen. Mike Tindall was a big, tough, former rugby player, but why he went in there is a puzzle to me.

Whatever Matt Hancock’s done, tough as old boots in there, you’ve got to give credit. But I’ll tell you something – I wait to see what’s happening once he gets back to London because oh my god, that’ll put the cat among the pigeons. I think we’re going to see so much of Matt Hancock.

As I say the sadness I felt, because I’m typical, soft old broad, is those children watching him come across that bridge, and that lustful embrace. It made my flesh crawl. But apart from that, a good show.

I’m A Celebrity is available to watch on ITV Hub.