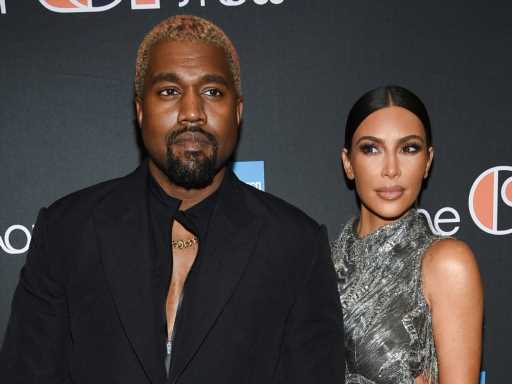 So much seems to be going right in Kim Kardashian’s life at the moment. The Keeping Up With The Kardashians alum announced yesterday that she passed the baby bar exam — effectively continuing her law journey — and her romance with Saturday Night Live‘s Pete Davidson appears to be going steady, too. But Kardashian is still dealing with her ongoing divorce from estranged husband Kanye West, and she just made it clear that not even marriage counseling could have prevented the dissolution of their union.

Within the past week, Kardashian requested to have her single status legally restored, and the documents revealed just how ready the SKIMS mogul is to move forward since initially filing for divorce in February 2021. “[Kardashian] has been attempting to settle this manner since she filed her Petition for Dissolution of Marriage in February 2021,” an excerpt from the documents, which were obtained by People, read. “[Kardashian] and her counsel have reached out to [West] and his counsel several times in an attempt to move this case forward to a speedy and amicable resolution. [West] has been non-responsive.”

Kardashian and her team also noted in the documents that the mother of four felt “the marriage of the parties is no longer viable. [Kardashian] has no desire to reconcile with [West] and wants their marriage terminated. Irreconcilable differences have led to the irremediable breakdown of the marriage, and there is no possibility of saving the marriage through counseling or other means. The continued maintenance of technical marital status between [West] and [Kardashian] serves no useful purpose, and there is no reason to maintain the legal relationship.”

This has to be, by far, the most direct way Kardashian has made it clear she is ready for her marriage to end. West, on the other hand, has seemingly indicated that he still wants to get back together with Kardashian, even saying in an interview that he and the former reality TV star aren’t technically divorced. Well, with these recent documents, we get a clearer picture for why the proceedings have seemingly stalled. But with all the changes that are happening in her life and with 2021 coming to close, it seems that Kardashian is ready to start the new year with a clean slate in nearly every aspect of her life.

Before you go, click here for all the celebrity splits and divorces we never saw coming.

Still the world's most thrilling city? What it's like to revisit NYC

The Best Holiday Appetizers to Pick Up at Aldi
Entertainment