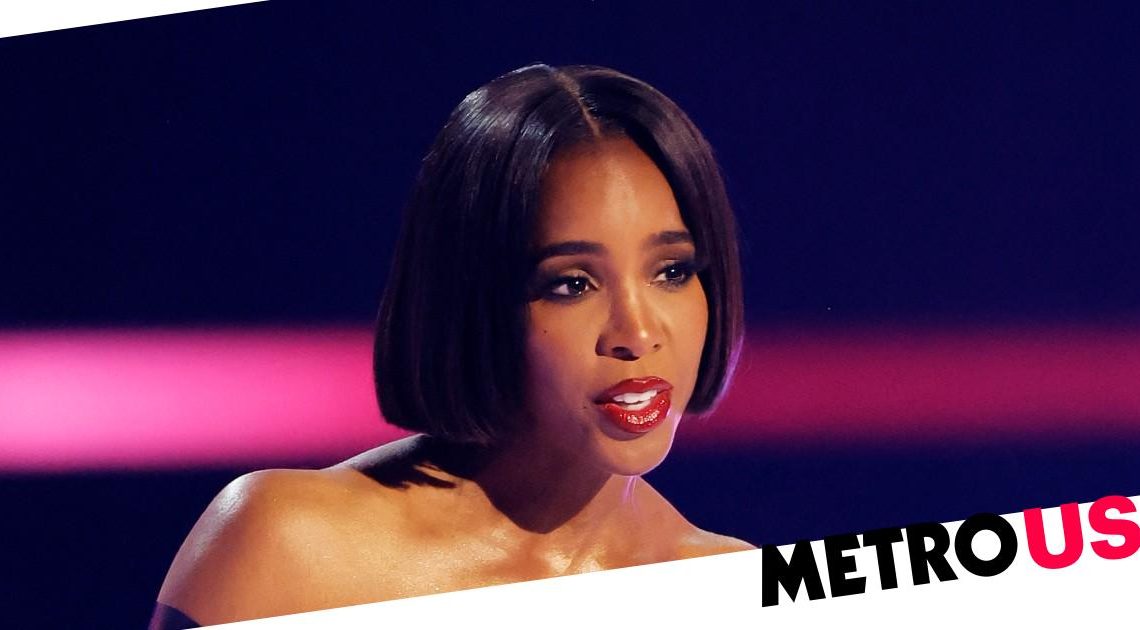 Kelly Rowland came to Chris Brown’s defence after he was booed at the American Music Awards.

Loyal singer Chris won favourite male R&B artist at the awards ceremony on Sunday, but was not in attendance to accept the gong.

Instead, former Destiny’s Child singer Kelly was on-hand to accept the award on behalf of her friend and she didn’t suffer any haters.

After Chris’ name was announced as the winner, Kelly began to praise the R&B star’s achievements in music but heard some audience members booing.

Stopping her speech midway and holding a finger to the crowd, the Motivation singer, 41, fired back: ‘Excuse me. Chill out.’

She then continued: ‘I want to tell Chris thank you so much for making great R&B music and I want to tell him thank you for being an incredible performer. I’ll take this award, bring it to you. I love you. Congratulations.’

Chris, 33, fended off competition from the likes of The Weeknd, Giveon, Lucky Daye and Brent Faiyaz, who were also nominated in the category.

The Under The Influence singer was reportedly due to perform a Michael Jackson tribute at the awards show but claimed his segment was cut from the ceremony.

In an Instagram post the day before the awards, Chris shared a lengthy video of him rehearsing the performance, which saw him and his dancers delivering choreography to Jackson’s hits such as Thriller, Billie Jean and Beat It.

He wrote in the caption: ‘WOULDVE been the ama performance but they canceled me for reasons unknown.’

Chris has been a divisive figure for more than a decade after a spate of controversies, including an assault on his then-girlfriend Rihanna and a series of run-ins with the law.

It was only this year that Chris performed on-stage in London for the first time since 2009, with him headlining a set at Wireless Festival in July.

Artist of the year

New artist of the year

Collaboration of the year

Harry Styles As It Was

Morgan Wallen – Wasted on You

Future ft. Drake and Tems – WAIT FOR U

for KING and COUNTRY

‘Effective’ and ‘safe’ method to get rid of aggressive English ivy