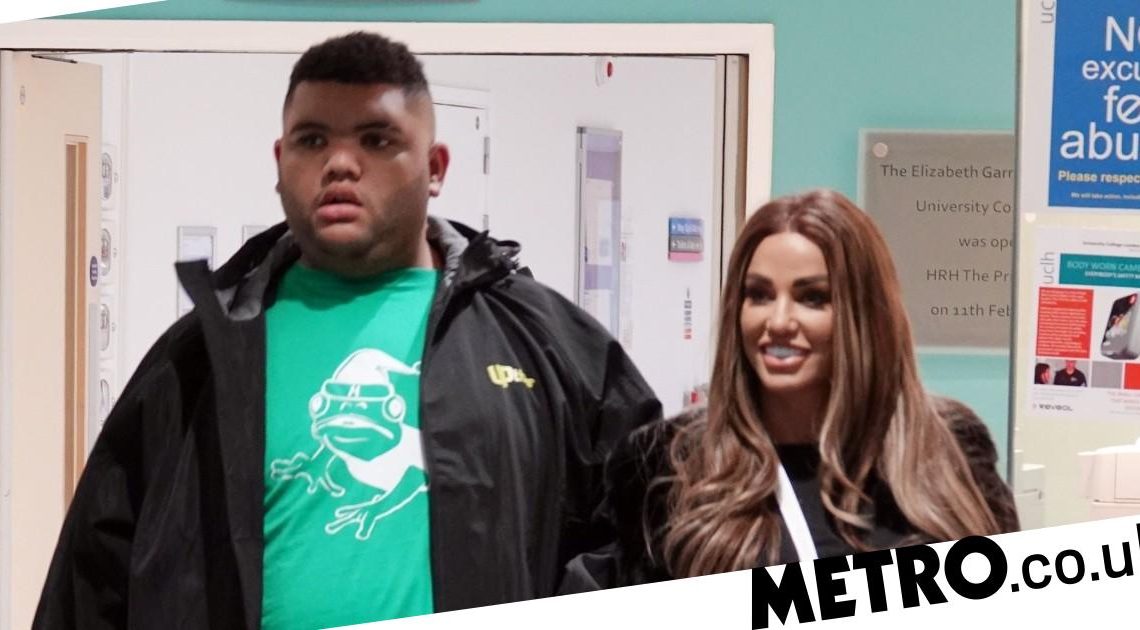 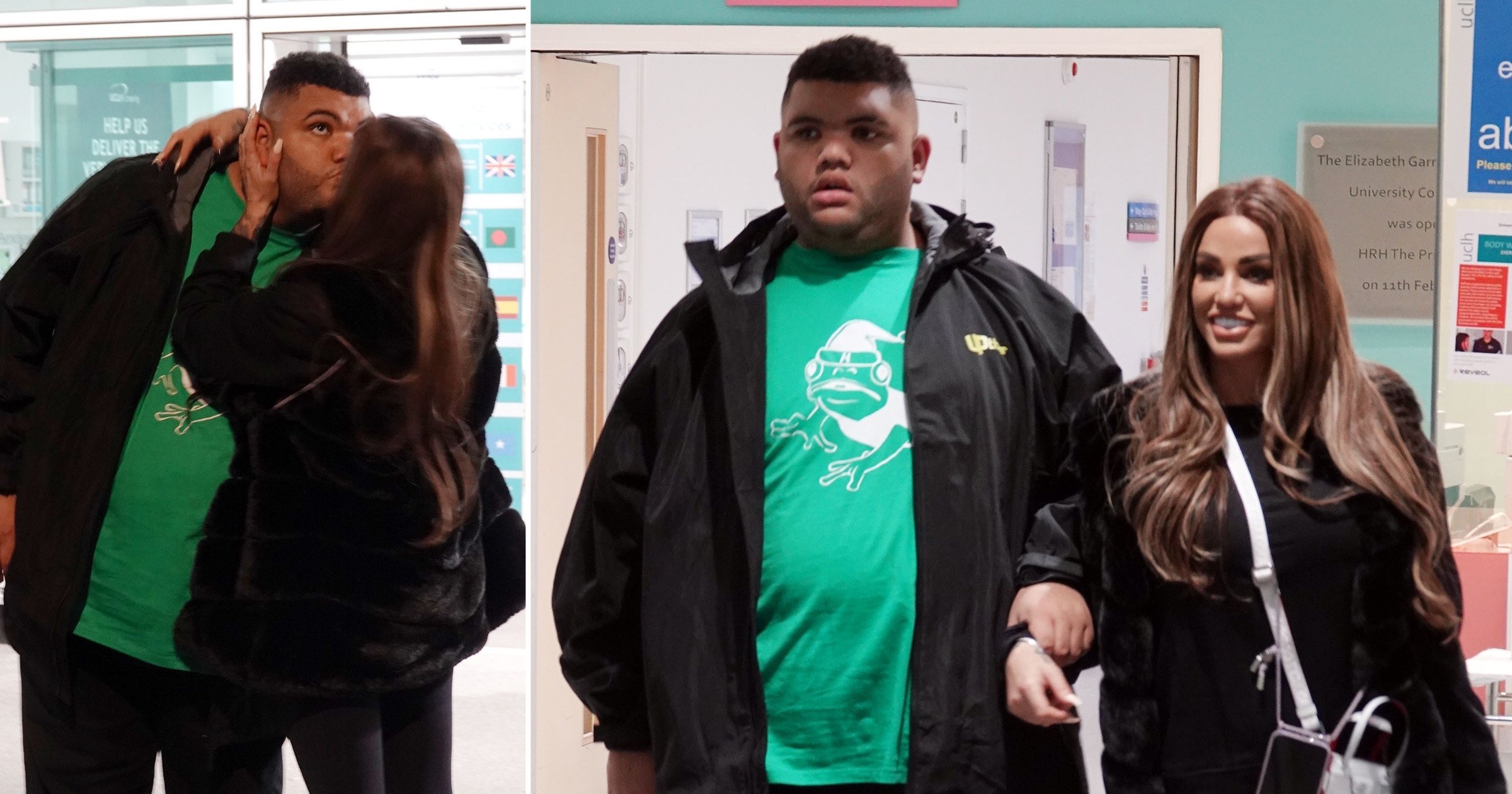 Katie Price shrugged off her recent split with fiance Carl Woods as she headed out with son Harvey this week.

The pair looked to be in great spirits heading to a hospital appointment, with 20-year-old Harvey holding onto mum Katie.

Harvey was born with partial blindness, ADHD and Prader-Willi syndrome, and his journey to moving into residential college was charted in the documentary, Katie Price: Harvey and Me.

The 44-year-old reality star, who is yet to speak out about her recent split, had a giant smile plastered across her face as she walked with her son through a ward.

She’d earlier posted a shot alongside Harvey, saying the pair had taken a ride on his beloved Gatwick Express train.

It comes despite recent turmoil in her love life which reportedly culminated in Carl ‘leaking’ audio of his ex earlier in the week.

The on-off couple, who had been together since June 2020, went their separate ways last week when Carl, 33, accused Katie of cheating on him following their recent holiday to Thailand.

The couple – who both had large portrait tattoos of each other’s faces done on one another – were introduced by a mutual friend before getting engaged 10 months later, and had been trying for a baby together, most recently exploring IVF.

Amid the messy split, on Thursday morning used car salesman Carl shared an audio clip dated from September of this year with his 232,000 Instagram followers before deleting it sometime later.

In the recording, Katie talks about cancelling work appearances because ‘I was on coke’ and that she has been hiding her abuse of the class A drug from her terminally ill mum, Amy Price.

Meanwhile, ex-partner Carl expresses his frustration over Amy’s treatment of him and called for Katie to get her to ‘leave me alone’.

Katie has been open with her struggles with addiction in the past, previously admitting in May 2020 that she turned to cocaine as a form of escapism before seeking treatment at The Priory.

‘I mean, there’s only so much I can take as a human being,’ Katie said on her Quest Red show, My Crazy Life. ‘Traumas from the exes, the media giving me a hard time with constant bull**** stories. I’ve had two dogs that have died, I even got blamed for that by the press.

‘It got to the point where I literally can’t talk to anyone. My mum is terminally ill, I don’t want to stress her out. Yeah, I turned to coke and I turned to drink.’

‘So that’s why I turned to something to escape from that, and mine ended up being the coke. This is why I can’t go back to my house, the times I’ve done coke there, all the parties there.’

Katie was spared jail last year after being involved in a drink-drive crash.

Instead, she was handed a 16-week suspended sentence last December for the offence, which was committed while she was disqualified and did not have insurance.

‘Obviously, I went to The Priory,’ she said. ‘And I’ve made the decision finally that I see a therapist every week forever to deal with the traumatic events that led me up into that car. Because I’m very good at hiding things.’

‘There’s reasons why I got in that car, my mental state,’ she continued. ‘When I’m ready to talk about it, I’ll talk about it.

‘I feel ashamed about it all and everything. But, like I say, it was all traumatic build-up to it, and it’s been traumatic after and the reasons I’m still dealing with now.’

Frank offers confidential advice about drugs and addiction (email [email protected], message 82111 or call 0300 123 6600) or the NHS has information about getting help.

Adfam has local groups for families affected by drugs and alcohol and DrugFam offers phone and email support to people affected by other people’s drug or alcohol misuse.

Asking For A Friend: Where has my libido gone – and how do I get it back?
Entertainment