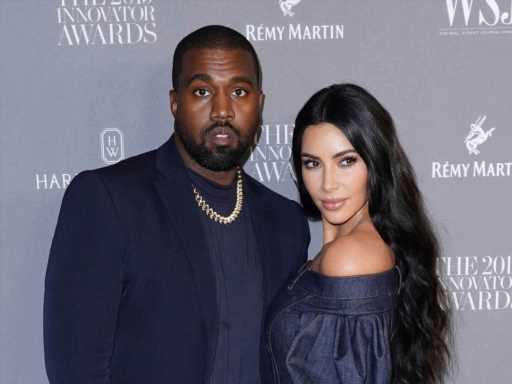 Is there going to be another surprising chapter in Kanye West and Kim Kardashian’s relationship saga? Over the course of the last few weeks, fans have been pretty perplexed (to say the least) about Kardashian’s involvement with her former husband’s Donda listening party. Most recently, Kardashian wore a Balenciaga wedding gown during one of West’s performances. And a new report seems to indicate that it might be all apart of a grand plan for the rapper to win back his former wife.

“Kanye wants to get back with Kim,” a source shared with Us Weekly. “He sees the two of them together and wants to make that a reality now. He has been trying to get back in her good graces again and it seems to be working.” While including Kardashian in his Donda performances is definitely a choice way to try and win back his former wife, it really isn’t all that clear how the former couple intends to move forward with their relationship as their divorce is still ongoing.

Kardashian officially filed for divorce from West in February 2021, after months of fan-speculation that the couple was heading for a split. Since that time, the divorce proceedings have seemingly been slow, and reports about the rapper’s love life — including a reported romance with model Irina Shayk — haven’t deterred fan interest.

Since getting together in the early 2010s, West and Kardashian have been one of Hollywood’s biggest power couples. Their four children — North, 8, Saint, 5, Chicago, 3, and Psalm, 2 — are growing up in the public eye and traveling across the globe. While it has been roughly six months since Kardashian filed for divorce, maybe that’s all the time West really needs to win Kardashian back.

Before you go, click here to see all the celebrity splits of 2021.

It's Time to Leave the Term 'Pregnancy Brain' Behind
Entertainment