We’ve been doing so many double takes with all of the famous mother-daughter lookalikes, we’re bound to get whiplash at some point. But once again, we found ourselves totally mesmerized by just how much Kaia Gerber looks like her famous mom, Cindy Crawford! The young model is the cover star for ELLE’s December 2021/ January 2022 issue, and the photos capture just how much Kaia is the spitting image of her famous model mom.

As the cover star for ELLE‘s forthcoming issue, Kaia donned some fabulous threads courtesy of Gucci, Omega, and Bottega Veneta to name a few. One such image featured Kaia wearing a dress and set of boots by Bottega Veneta along with a bowtie by Celine by Hedi Slimane and an Omega watch, all while working a pose that gave us some major Crawford vibes. In fact, if you look at Kaia’s recent photo below and this photo of Crawford from 1990, they’re practically twins! 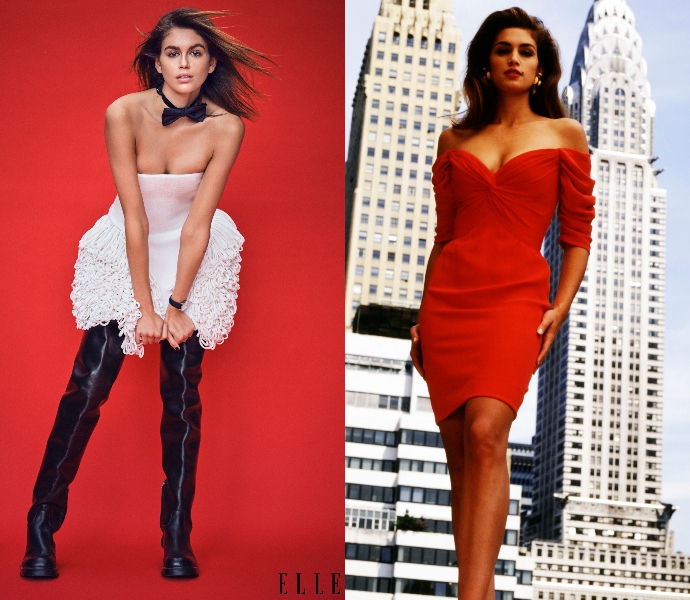 We’re honestly floored by these latest photos of Kaia. But posing for outlets the likes of ELLE has become pretty routine for the burgeoning model. The 20-year-old has already graced the covers of magazines like Vogue, Glamour, i-D, and so many more. Plus, she’s been hitting quite a few runways, and continues to build her already staggering résumé with campaigns and even some acting roles. 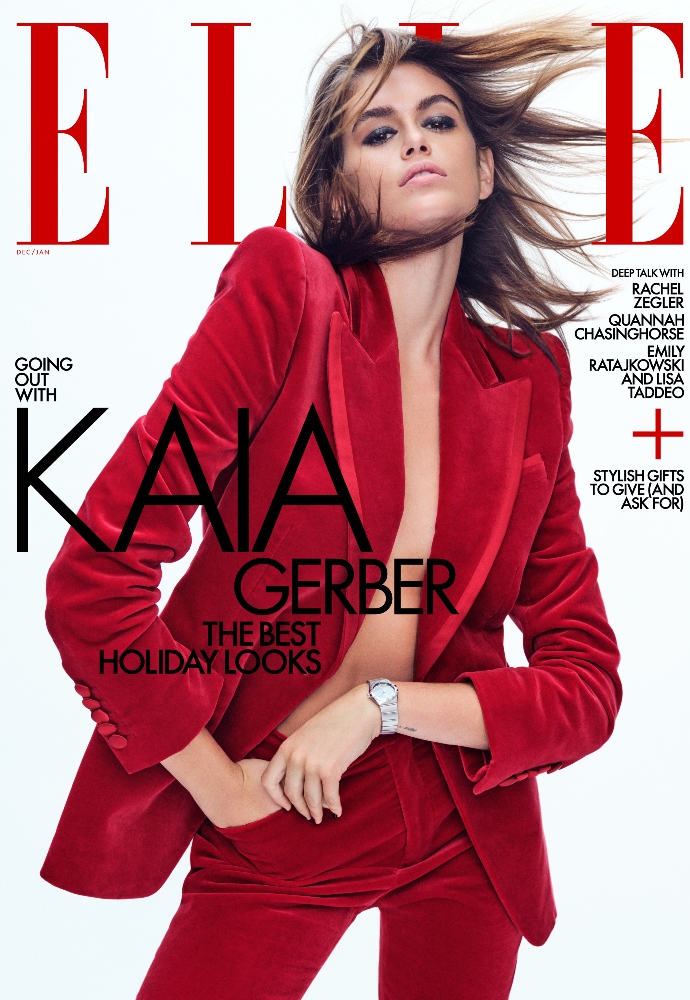 Of course, we can only assume that Kaia’s learned a lot from her mom. Not only has she likely gotten a lot of career advice, but also some sage wisdom on staying grounded and maintaining her priorities. It’s so fun to see Kaia’s career continue to flourish, and we look forward to our next double take when she eventually graces yet another magazine cover!

Before you go, click here to see kids who are following in their supermodel moms’ footsteps.

Tapered Puff Sleeves Are the Easy, Romantic Fashion Trend That Will Make You Feel Like Royalty