John Shearer was already a promising photographer at 16 when the photo director of Look magazine, who was preparing to cover John F. Kennedy’s funeral, invited him along to carry his bags. But when they arrived at St. Matthew’s Cathedral in Washington, the photo director instead handed him a press pass and told him, “Take pictures of people grieving.”

Instinctively, Mr. Shearer worked his way up to a reviewing stand. Using a telephoto lens that his father had bought him for the occasion, he clicked the shutter just as the president’s toddler son, John Jr., raised his right hand in one of the most poignant salutes in American history.

A moment later, Mr. Shearer was pulled from the stands by Secret Service agents. He fell to the ground, cracking his new lens.

“But I had my picture,” he told Westchester Magazine in 2017.

Other photographers had the picture too. But Mr. Shearer’s was particularly striking. It was somewhat overexposed, so that it illuminated Jacqueline Kennedy’s face behind her black veil. Over the years it has become one of the most reproduced images of that memorable moment. 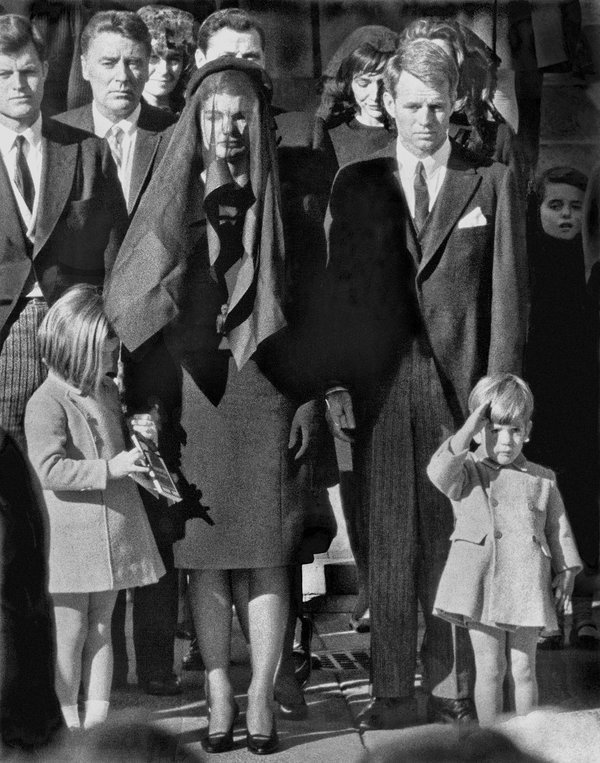 “John’s stands out,” James Spione, who is a professor of film at Purchase College, State University of New York, and is making a documentary film about Mr. Shearer, said in a phone interview.

“Most photographers went for the kid, but John composed his differently, as a moment in a tableau,” he said. “It’s vertical instead of horizontal. He’s always been a pictorialist, taking a very painterly approach to composition and lighting and storytelling with the camera.”

His split-second artistry on the biggest story of the day catapulted Mr. Shearer to the forefront of photojournalists and led to a career creating indelible images of the 1960s and ′70s — of civil rights marches, race riots and the funeral of the Rev. Dr. Martin Luther King Jr.

Mr. Shearer died at 72 on Saturday at his vacation home in Eastham, Mass., on Cape Cod. His wife, Marianne Shearer, said the cause was prostate cancer.

Mr. Shearer was more than a photojournalist: He made animated films, worked in publishing, taught at the Columbia Graduate School of Journalism and collaborated with his father on a children’s book series about a young black detective, Billy Jo Jive. It became the basis of an animated feature for “Sesame Street.” He also wrote books for young readers, like “I Wish I Had an Afro” (1970), about a poor black family living in the midst of wealth.

But the public knew him best through his pictures.

A few years after his photo of the Kennedy funeral appeared, Mr. Shearer joined the staff of Look. At 20 he was the magazine’s second-youngest staff photographer; the youngest had been the director Stanley Kubrick, who was 18 when he was hired in the mid-1940s. At the time, Mr. Shearer was one of the few black photographers at a major publication.

His race gave him a different sensibility in seeing his subjects and, some said, a greater sense of responsibility in how he portrayed them.

Shooting for Look and then Life magazine in a tumultuous era, he was drawn to racial subjects. He followed the Black Panthers and the Ku Klux Klan. He documented the King funeral in 1968 with intimate images of grief-stricken black mourners — and some of whites, who seemed enraged, possibly by the fact that a black man was taking their picture.

By 1971, even inmates at the Attica Correctional Facility in western New York knew his name. When a group of them took over the prison, they allowed admittance to only one still photographer, Mr. Shearer. He went on to document the infamous uprising, which left more than 40 people dead, killed by police bullets.

In portraying people, Mr. Shearer sought to go beneath their surface identities. “It was Johnny’s faces, his search for humanity in all the stories he covered, that was his signature,” a longtime friend, Justin Friedland, a former network television producer, said in an email.

He added, “A street gang member, a furious Southern woman ready to spit in his face, children of the ghetto, children of privilege, the Kennedys, anyone who crossed into the range of his lens, was captured for history with a little more of themselves revealed than they knew.”

John Oliver Shearer was born on April 21, 1947, in Harlem, to Ted and Phyllis (Wildman) Shearer. His father was a cartoonist who created the comic strip Quincy and an art director at the advertising agency BBDO. His mother was a lawyer, civil rights activist and deputy commissioner of social services in Westchester County, N.Y.

When John was in the third grade, the family moved from Harlem to the Parkway Gardens section of Greenburgh, in suburban Westchester, one of the first towns in the area to sell homes to middle-class blacks.

John, who was learning disabled, taught himself to read by studying photography books. He taught himself photography at the same time. He started taking pictures at age 8 with a Brownie Hawkeye, and by his early teens was winning first-, second- and third-place prizes in Scholastic Magazine’s photography competitions.

His work was at one point exhibited at Grand Central Terminal in New York, where it caught the eye of Arthur Rothstein, Look’s photo director and a distinguished photojournalist in his own right.

Mr. Shearer would win 175 national photography awards. His work was exhibited in New York at the Metropolitan Museum of Art, the Museum of Modern Art and the Whitney Museum of American Art.

He met Marianne Wiant, an admissions officer at the Columbia journalism school, while he was teaching there. They married in 1986. She and their two children, Alison and William, survive him. His sister, Kathleen Shepherd, died in 2001.

When Mr. Shearer was growing up in Westchester, one of the family’s neighbors was Gordon Parks, the first African-American to work as a staff photographer for Life magazine. He eventually brought Mr. Shearer to Life, where they worked side by side.

Mr. Parks had advised John as a youth to show only his best work. His father sought to impart the same lesson, telling his son that because he was black, he would have to work extra hard. “Shoot for the moon,” his father said, “to land on the roof.”

John Shearer attended the Rochester Institute of Technology, but soon dropped out to take pictures full time. This was during the escalation of the Vietnam War, which he opposed. (Though he was given a low number in the lottery system, making him likely to drafted, he was not called up for service.)

“He did not want to go to Vietnam,” his wife said in a phone interview. “He always said his war was here.”

That war was on the streets, from the South Bronx to the Deep South, where he made it a point to travel with a white photographer; they took pictures with their backs to each other so that they could see who was coming from every direction. Once in Alabama, he was almost lynched.

While covering riots, he could not take pictures if he was wearing a gas mask, so he carried a small bottle of vinegar and a piece of cotton, which he would soak in the vinegar and put up his nostrils when tear gas was sprayed. It kept his eyes clear so that he could keep shooting.

Coming back with the picture was always Mr. Shearer’s goal, but so was showing respect for his subjects.

“He wanted to make sure the images of the downtrodden and the put-upon were captured with dignity,” Hugh B. Price, a former president of the National Urban League and a former New York Times editorial writer, said in a phone interview.

“He walked the streets of Detroit and Harlem after the riots, he took pictures of gangs in New York, but he did not do it through a pathological lens,” Mr. Price said. “He knew these were human beings.”

Katharine Q. “Kit” Seelye has been the New England bureau chief, based in Boston, since 2012. She previously worked in the Washington bureau for 12 years, has covered six presidential campaigns and pioneered The Times’s online coverage of politics. @kseelye