Jimmy Kimmel to Mike Lindell: The Obsession Is Mutual

‘Machines, Vaccines and Me’

Mike Lindell, the founder of MyPillow, is a frequent target of late-night hosts who skewer him for supporting former President Donald Trump’s baseless claims of election fraud. Having been barred from Twitter over those claims, Lindell launched his own social media platform on Monday with a livestream set to last 48 hours. Jimmy Kimmel’s name has come up more than a few times during what he described as Lindell’s “yellathon.”

“It’s quite a production. Phones are ringing, there are crank calls pouring in, the lights went out. He kept ranting and raving about the same things over and over again — machines, vaccines and me,” Kimmel said.

“A lot of people said the C.E.O. of a pillow company couldn’t successfully launch a major social media site, and those people were 100 percent correct.” — JIMMY KIMMEL

“He’s been going nonstop since 7 o’clock this morning. In 17 hours, he’s taken maybe two breaths. At one point he claimed they had 75 million people watching. Even Trump was like, ‘Oh, please, quit exaggerating.’” — JIMMY KIMMEL

“It’s like the Jerry Lewis telethon if Jerry was on a public access channel and crack.” — JIMMY KIMMEL

“What Mike Lindell doesn’t seem to understand is I’m his biggest fan. I have no idea what he is doing, but I love it.” — JIMMY KIMMEL

“Of course I would have him on our show, under two conditions. Number one, he has to actually come into our studio — I need to see him in person. I want to smell the knackwurst in his mustache. And number two, I would like to conduct our interview in a bed, surrounded by pillows. Just me and Mike snuggled up side by side in a California king surrounded by sacks of goose feathers.” — JIMMY KIMMEL

“Almost no one watched that special. It had very low ratings. Why would we? We already had a special to promote the vaccine — it’s called the news every day for the past 13 months.”— JIMMY KIMMEL

“The stars turned out in force to promote the vaccine, from Kumail Nanjiani and Ellen Pompeo, to Amanda Seyfried and Jane Seymour. And you can trust Jane Seymour, because she’s a medicine woman.” — STEPHEN COLBERT

“NASA made history today with a successful helicopter flight on Mars. This marks the very first time an aircraft has been flown on another planet. ‘Helicopters on Mars’ — sounds like a band Jude Law was in at school.” — JAMES CORDEN

“That’s right, a little helicopter detached from a rover and now they’re both exploring Mars. Or as Pixar put it, ‘Sold!’” — JIMMY FALLON

“The flight lasted a total of 30 seconds. The men on the team said it was a complete success while the women agreed so they wouldn’t hurt anyone’s feelings.” — JIMMY FALLON

“It wasn’t a long flight, it lasted just 30 seconds and reached an altitude of about 10 feet. It may not sound like a lot, but 10 feet means Ingenuity can dunk.” — STEPHEN COLBERT

“I say they’ve got two more flights before it ends up stuck on the neighbor’s roof.” — STEPHEN COLBERT

“Today’s mission was the first of several, because the helicopter could make as many as five flights in the coming weeks — although, to save a couple bucks, one of those flights has a layover in Charlotte.” — STEPHEN COLBERT

The stand-up comic Tig Notaro told Jimmy Fallon all about her role in Zack Snyder’s new zombie film, “Army of the Dead.”

What We’re Excited About on Tuesday Night 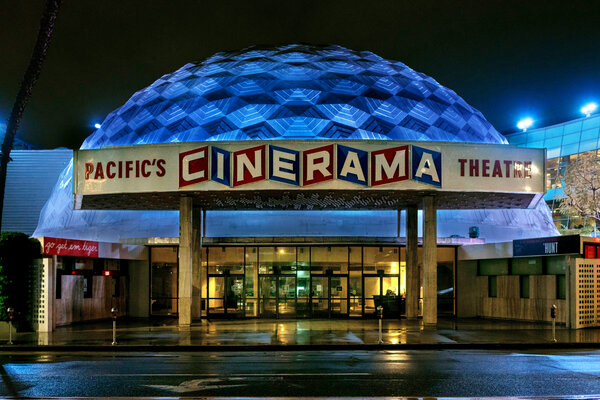 The director Gina Prince-Bythewood (“The Old Guard,” “Love & Basketball”) writes that the loss of ArcLight theaters in Los Angeles will be felt by filmmakers as much as by moviegoers.