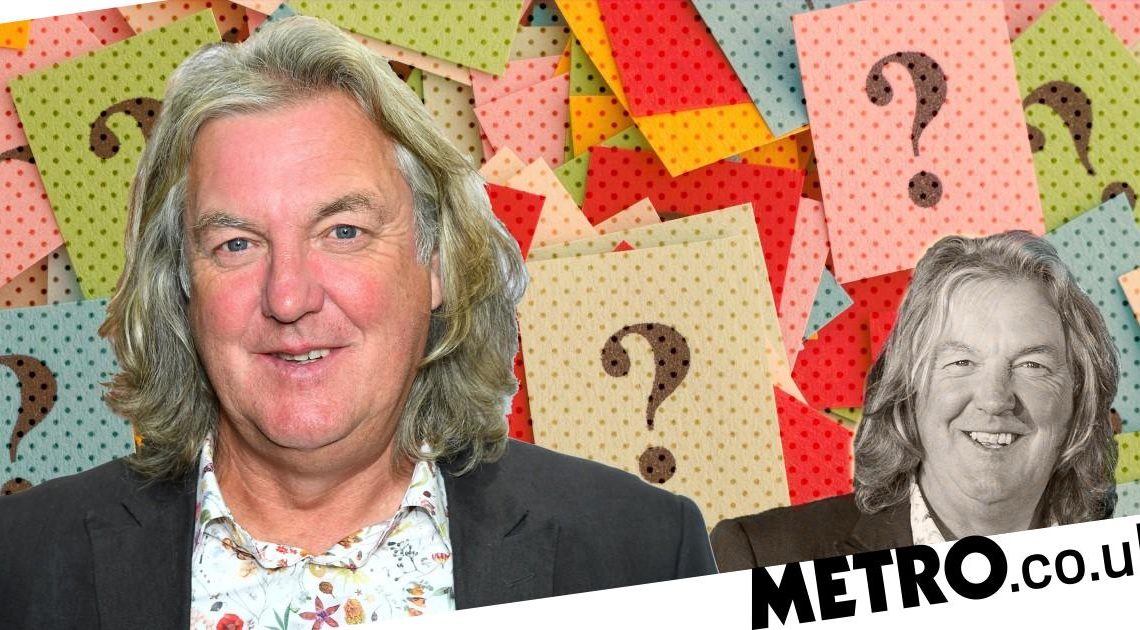 Welcome to Metro.co.uk‘s The Big Questions, where we ask, well, the big questions (and the smaller ones too) and this week, we’re diving deep with James May.

The Grand Tour icon is in search of la dolce vita – or, rather, the sweet life – on his latest series which sees him tackle Italy, from the tip of the heel to the top of the boot.

James May: Our Man in Italy, has him taking a bit of a break from gallivanting around the world with his comrades, Jeremy Clarkson and Richard Hammond, for a more personal note, following his first solo series of this nature, Our Man in Japan.

From the Sicilian capital of Palermo to the peaks of the Dolomites, James takes us through the country’s sublime culture, food (read: carbs), industry, and even a bit of amateur theatre, all played out against some of the world’s most stunning landscapes.

And, you know what, he’s not all that fussed to be going solo, in fact, he relishes being able to steal the screen time all to himself.

Here we unpack his grand tour (of sorts) around Italy, why people call him Mr May (‘my friends just call me d**khead’) and his profound distaste for brunch.

‘It’s one of those portmanteau words and it’s just a really ugly sound, brunch,’ he shirks. ‘It’s an ugly word, so that makes things taste less good anyway, because I know it’s brunch.’

I’m sure they didn’t have to twist your arm too hard to get you over to Italy, right? Was this your Eat Pray Love moment – how close did you get to living La Dolce Vita?

Well, I think I got very close to having a lovely time in Italy, and I got to the point where I wanted to be Italian, as I think all of us do, deep down.

A part of me almost regrets mentioning La Dolce Vita at the beginning. The Italians don’t really talk about it, to them it’s something that happened in a film that’s now, you know, still very interesting, but it’s quite outdated.

The real joy of being Italian is actually something quite deep and quite complicated, and it’s actually impossible to understand properly, even in three intensive months; you’d have to probably be Italian, or you certainly have to live there for a very long time.

But there is something about the Italian way of life and the way things are prioritised that means it is an enviable lifestyle, or at least it seems that way to the rest of us. The Italians have a lot of complaints about being Italian, but that might just be because they’re being a bit histrionic about it, I don’t know.

I think actually to call it La Dolce Vita is probably to do it a slight disservice, I think we need a new phrase for it, or call it Super La Dolce Vita.

In your series it seemed the Italians were the only ones that don’t get this obsession with Italy.

It does seem that way, yes, and that’s that was the most interesting observation…the Italians are slightly annoyed with themselves, almost, that they seem to be confused about what being Italian means, where Italy should go in the future. 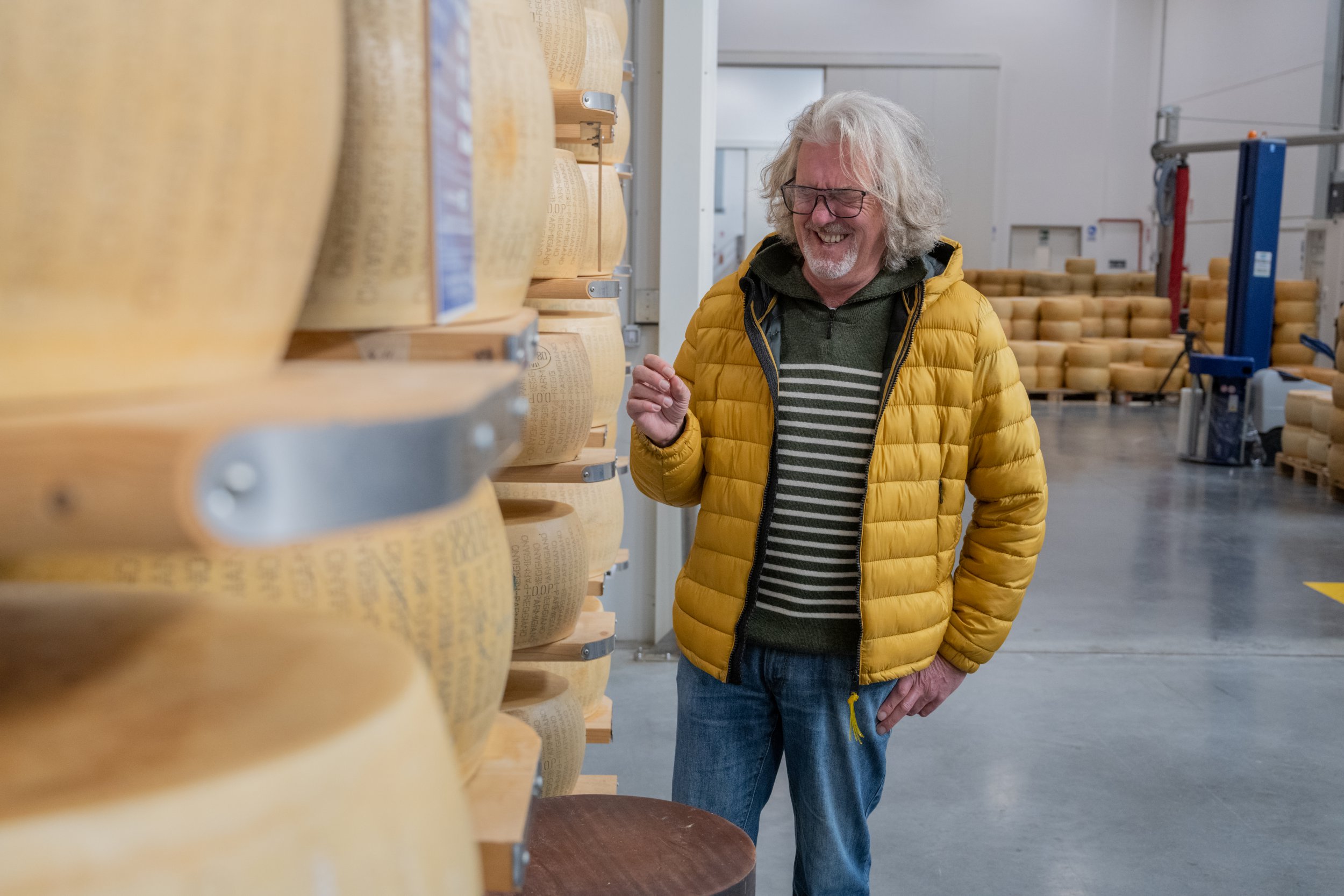 They’re sort of almost – this is not thorough research, this is [observed from] casual conversation – but with quite a few Italians, some of them are sort of slightly embarrassed, they think, oh, Italy… one of our translators said sometimes it’s so embarrassing the things that Italians do, and the way she’s talking about things like Italian government officials. She says, Oh, it’s so awful. What must the world think? And I said the world generally thinks it’s bloody marvellous!

When you compare it to over here, I mean, yeah…

Everything you say in a conversation like this, or when you’re making a show like this is always going to be a bit of a generalisation obviously, you have to be very careful.

I think, a sort of deep-rooted quality of the Italians is that they don’t really like being governed too much. Which you can also say about the French, I suppose, and you can’t say it enough about us because we’re a bit too willing to be governed.

What do you think we could learn from them?

This is a slightly boring answer, but it is a little bit about priorities. It seems to me that the Italians are quite concerned about some details, food and drink. They get quite obsessive about it, and they get very exercised about when you should drink a cappuccino, which wines you should have, whether or not you should put Parmesan cheese on that. They all have opinions on that, and quite strong, heartfelt words.

I think maybe the lesson we can take from the Italian way of life is to see the joy and beauty in quite simple things. And as the bloke says about the volcano, which could blow up at any minute, “don’t worry about it”.

We often see you with your comrades, Clarkson and Hammond – is it nice and peaceful to be able to do this on your own?

It’s nice being on your own because compared with doing, say a Grant Tour special, there are more hours of television in this series, and it’s all mine. I didn’t have to sort of give up a load of space to the other two to talk about whatever it is they’re talking about. It’s just me.

I’ve got loads to say, don’t worry. It is nice to have the local guides, it makes a huge difference and they were fantastic assets… you’ve also got this genuine voice there, which is a great check because it would be very easy to just go into Italy, or indeed any other country, walk around and say, Oh, they’re like this Oh, this means this. And of course, it’s nonsense, you can’t really generalise about one small village, let alone a whole country that is actually very varied as Italy is.

On Grace Dent’s podcast you said you don’t see yourself as famous – what is your approach to being in the spotlight?

Well, I don’t really think about it, to be very honest. It’s not like we’re, you know, Tom Cruise or Ryan Reynolds or any of those people, me, Hammond and Clarkson, we’re just people who are on the telly a bit.

And that doesn’t mean quite as much these days as it did when I was in my 20s, when TV presenters were quite an exclusive, sort of unapproachable, very small, actually, group of people, because there wasn’t very much telly in those days.

But now really, everybody’s on telly and I think the magic of it and allure that may have attached to it, as a result, is pretty much gone. So I don’t think I’m famous, I don’t really think about it, or worry about it, to be honest.

And most people in the world are nice [to me in public].

It might be different if you’re, I don’t know, Mike Tyson or Jeremy Clarkson, but when on a few occasions people do talk to me, they’re generally just nice, you know? I know nice is a feeble word, but most people are perfectly reasonable.

Do you think there’s a misconception about you?

I sometimes get the impression that people feel the need to be quite formal with me, for some reason.

Riding along on my bike, for example, which I do quite a bit, people quite often talk to me out the windows of vans, they always call me Mr May.

I would say 70-75% of the people who talk to me will say Good morning Mr May, I feel like a bank manager or headmaster. Why are they doing that? My mates never call me Mr, they just call me d***head.

‘Will be offended by the smell’: ‘Easiest way’ to deter foxes in gardens using 70p spice