Home » J. Cole, Triumphant (at His Own Pace) 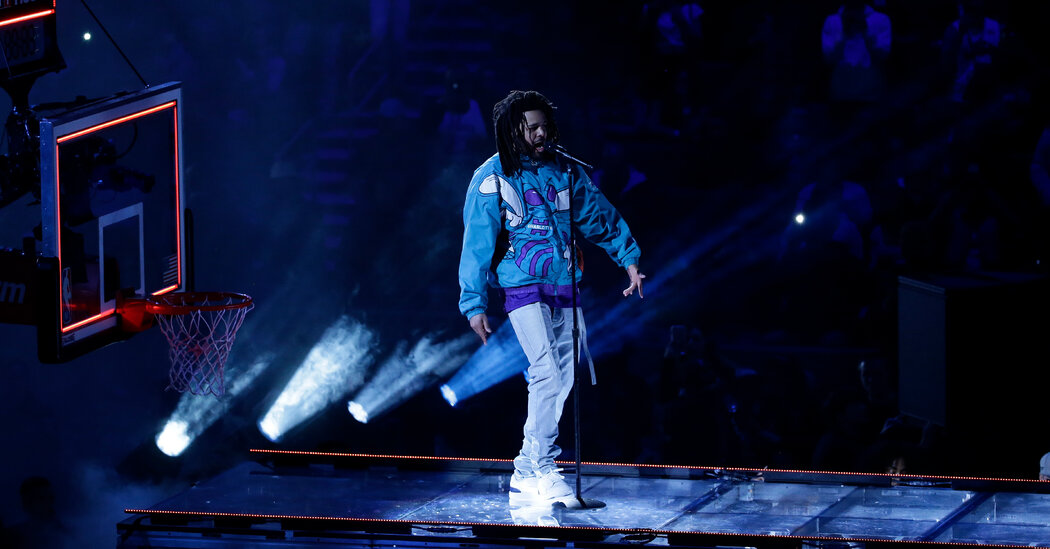 J. Cole, Triumphant (at His Own Pace)

Of hip-hop’s current superstar elite, no one has had a path to the top as curious or unexpected as J. Cole. A decade ago, he had his eye on becoming one of rap’s biggest stars in the mold of Jay-Z and Nas. But when he found the path to the top riddled with compromises, he peeled off to follow his own happiness, resulting in some of the most popular and successful music of his career. He just released his sixth album, “The Off-Season,” which debuted at the top of the Billboard album chart, just like the five that preceded it.

And where is Cole now that he’s No. 1? Playing in the Basketball Africa League, for the Rwanda Patriots. Once more, he is following an unconventional muse, choosing a route that prioritizes internal fulfillment over immediate gain and acclaim.

On this week’s Popcast, a conversation about Cole’s music career, from aspirant to confused victor to triumphant cult hero. Plus, an analysis of his basketball sojourn, and the long and curious exchange between hip-hop and basketball — rappers with hoop dreams and players with rap ambitions alike.

Yoh Phillips, who writes about music for Complex and others, and a founder of Rap Portraits