The next series of I’m A Celebrity… Get Me Out Of Here! will be filmed at Gwrych Castle in north Wales, ITV has confirmed.

The long-running reality show has had to relocate from Australia this year due to the coronavirus pandemic.

Ant and Dec will return as hosts, and the winner will be crowned the King or Queen of the Castle (instead of the Jungle).

The celebrities taking part in the 2020 series have yet to be announced.

ITV’s director of television, Kevin Lygo, said the majority of the contestants had been booked before the relocation, raising fears they might pull out.

“We were worried they thought they were going to hot sunny bug-infested Australia, and now they are going to north Wales in the dark, but everyone is still there and excited,” he told the Edinburgh TV festival.

“I think it will be fascinating to see and to have this reboot of a treasured brand forced upon us, I think, is a good thing.”

Gwrych Castle, meaning “Hedge Castle” in Welsh, was built on the site of a late medieval fortress near Abergele, on the north coast of Wales, between 1812 and 1822 by Lloyd Hesketh Bamford-Hesketh as a memorial to his mother’s ancestors, the Lloyds of Gwrych.

During World War Two, it was used by the government to house 200 Jewish children who had fled the Nazis in Europe; and later became a training ground for boxer Randy Turpin, ahead of his title fight with Sugar Ray Johnson.

Set amongst 250 acres of gardens and grounds, it overlooks the Irish Sea and was described by Mr Lygo as “a beautiful Walt Disney castle” that is both “crumbling” and “tough”.

ITV confirmed it was moving I’m A Celebrity… to the UK earlier this month, but the exact location was not confirmed until Thursday.

“Our celebrities will probably have to swap shorts for thermals,” said ITV Studios’ director of entertainment Richard Cowles,”but they can still look forward to a basic diet of rice and beans and plenty of thrills and surprises along the way.” 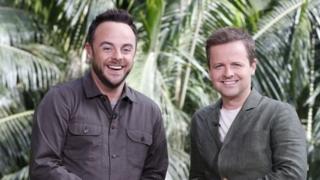 Dr Mark Baker, Chair of the Gwrych Castle Preservation Trust said he was “absolutely delighted” that ITV had chosen the historic building as a location.

“I’m A Celebrity being here will really help support Gwrych Castle and its ongoing restoration as well as giving the region a much-needed economic boost,” he said.

Lord Elis-Thomas, The Welsh Government Deputy Minister for Culture, Sport and Tourism said: “We’re extremely pleased to welcome such a large production to Wales, offering a chance to showcase a spectacular part of our country to significant audiences across the UK.”

I’m A Celebrity, Get Me Out Of Here is one of ITV’s most popular shows and sees famous contestants face tough trials and challenges to win food and treats for their camp.

It has been broadcast on ITV since 2002, when Tony Blackburn was crowned the first King of the Jungle.

The 2019 launch show was ITV’s most-watched programme of the year, seen by more than 13 million people.

That made it the UK’s most popular reality show, with more viewers than the top-rated episodes of Strictly Come Dancing, Britain’s Got Talent and The Great British Bake Off last year.

Given the show’s popularity, and the decline in advertising revenues during the lockdown, Lygo, said he “certainly didn’t want a year without I’m A Celebrity”.

“I think it will be fascinating to see what audiences do – and to come up with different challenges and tasks. The team, I know, are stimulated by this and thrilled about it.”