BAGHDAD (Reuters) – On a studio set in Baghdad, a director watches the star of his TV series hold a knife against the neck of a fellow actor, in a dramatic revival of fortunes for Iraq’s entertainment industry. 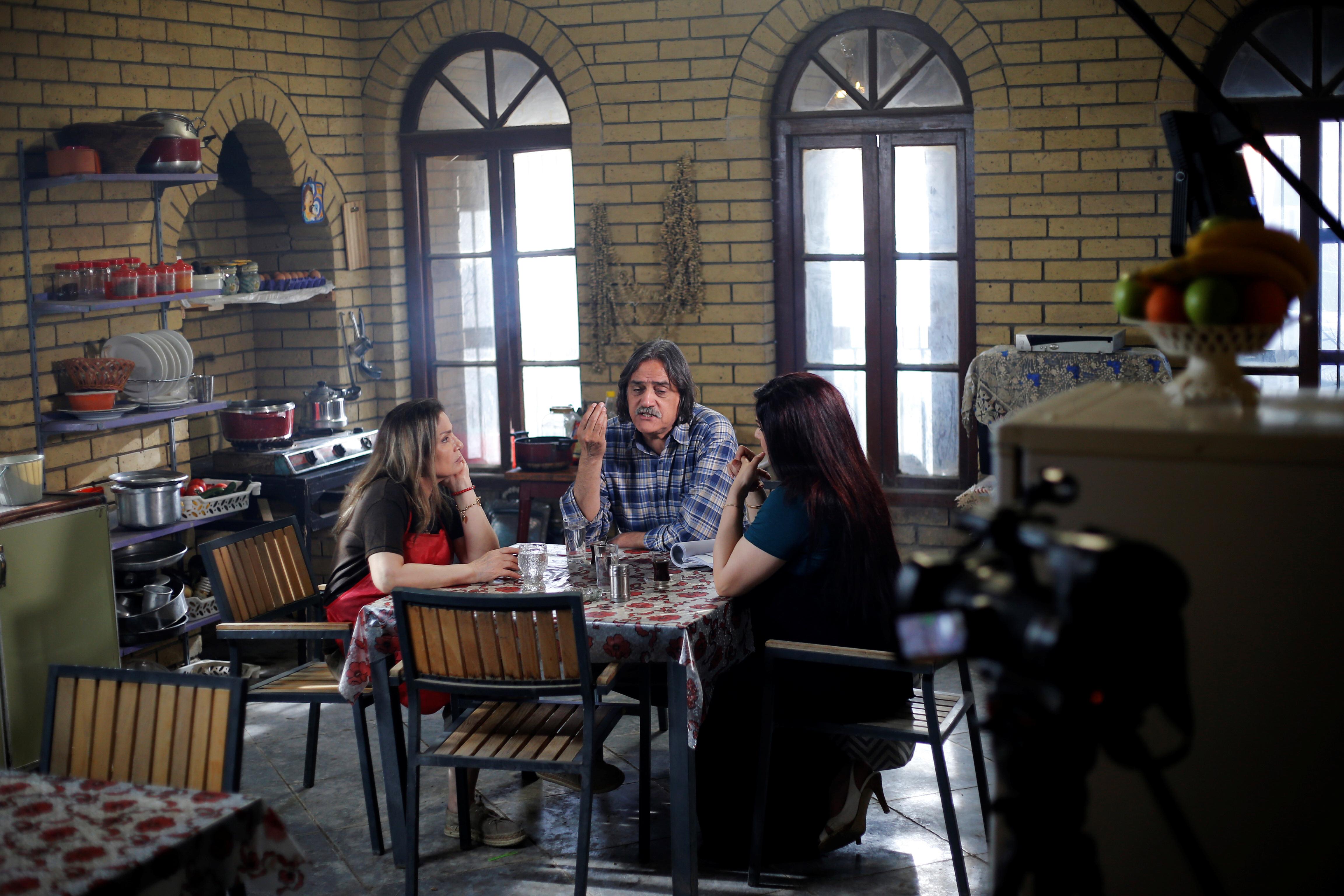 Filmed in Iraq where the entertainment industry has been battered by conflict, “The Hotel” unfolds in a run-down hostel owned by a novelist who records the lives of his guests as they struggle against violence or become caught up in romance.

Made on a small budget, the series of daily shows has been airing during the Muslim holy month of Ramadan, when families and friends across the Middle East often gather around televisions after breaking the day’s fast with an evening meal.

The series tackles sensitive issues of prostitution, drug use and human trafficking, topics that drew censure from some lawmakers and members of the public in the religiously conservative country.

As a result, some racier scenes have been cut.

But Ali Jaafar al-Saadi, one of the show’s producers, makes no apology for the subject matter. “Art in my opinion never solves issues, but it sheds light on certain problems in society,” he told Reuters.

Those behind the production see it as part of a slow recovery of Iraq’s film and entertainment industry, which crumbled after the 2003 U.S-led invasion and in the years of conflict since then.

Hassan Husni, a former actor who directed the show, said working on the series fulfilled a dream. “People were eagerly awaiting the return of Iraqi drama. This opens the door,” he said.

Husni left Iraq in 1996 when international sanctions against Saddam Hussein’s government crushed the economy and made it difficult to earn money acting.

“I kept waiting for stability to return to the country,” he said. Meanwhile, he gained experience abroad in Lebanon, Syria and Saudi Arabia, before coming home five months ago.

Saadi said the revival of television production and other cultural activities showed a semblance of calm was returning to Iraq. “Art can only exist in a place with security, a place that is relatively stable,” he said.

The team has still faced hurdles, often having to work with old equipment or teaching crew members new skills.

Many Iraqi actors, cinematographers and directors who also fled have remained abroad. But Saadi said he was “very optimistic” that the entertainment industry would thrive again.

Many Iraqis were happy to see a local production on their TV screens, after years of watching shows imported from Egypt or other Arab states. But some were shocked by scenes that included one depicting a massage or those showing characters gathering in a nightclub, drinking alcohol or taking drugs.

Members of parliament’s culture committee said the show “contradicts the values and norms of Iraqi society”, which led to some nightclub scenes being edited out of future episodes. 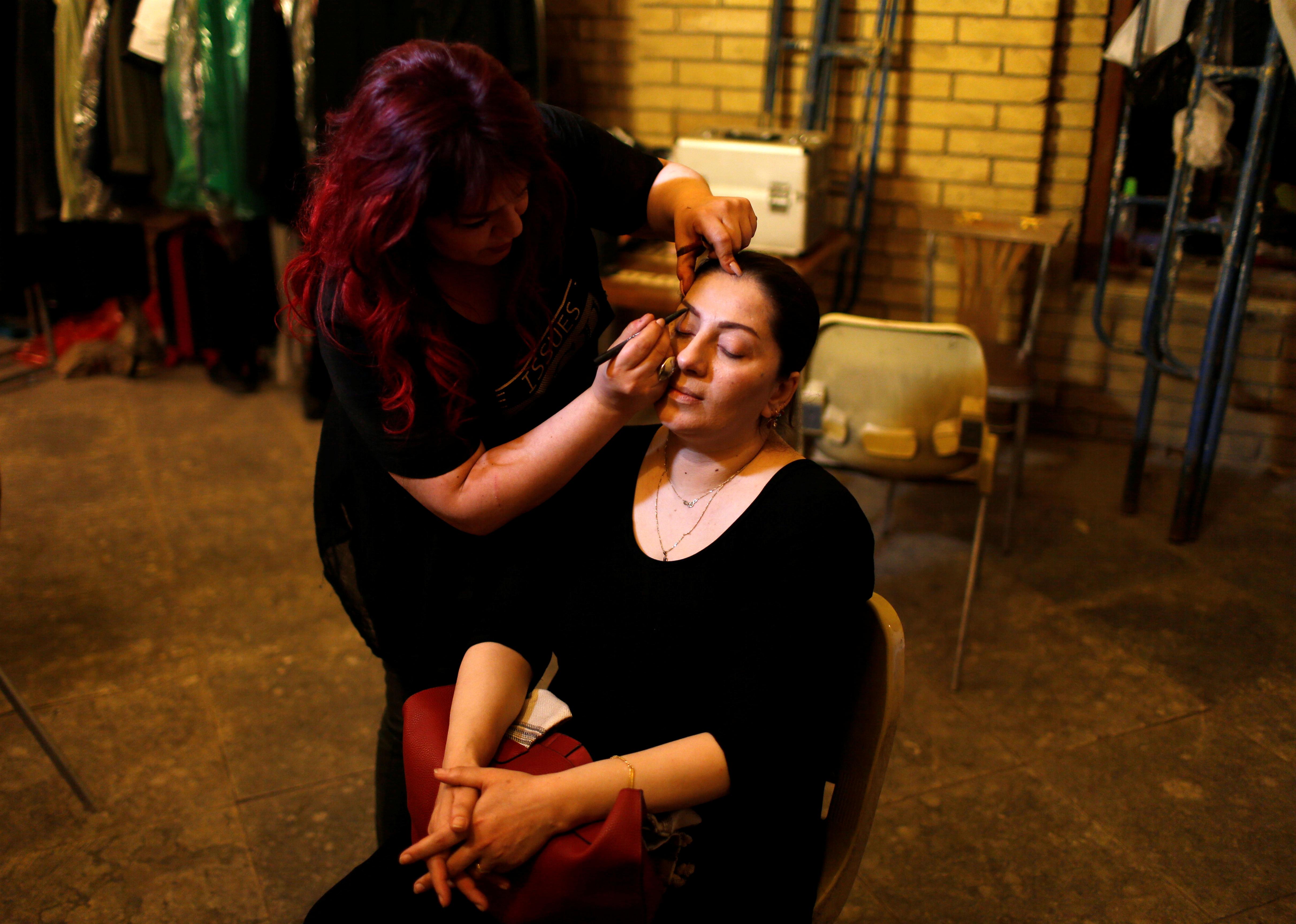 “I was surprised and disappointed by this decision,” said screenwriter Hamid al-Maliki in a phone interview. “We’re trying to combat these phenomena, not promote them.”

His comments about the show’s themes were echoed by veteran actor and star of the show, Mahmoud Abu al-Abbas.

“We are trying to address them, not for the sake of distorting the image of Iraqi society, rather to remind audiences that we must look inwards and educate ourselves,” he said.

Not a Fan of the Game of Thrones Finale? George R.R. Martin Hints the Books Will Be Different
Entertainment