LONDON — “Ballet is ready to evolve and integrate into mass culture.”

These words are emblazoned in bold capital letters on the back of the program for Sergei Polunin’s brief season last week at the London Palladium. The idea seemed vaguely plausible on the evidence of excited audience members at this large West End theater on Friday. They posed for selfies next to posters of Mr. Polunin and Instagrammed and Snapchatted on their phones, apparently unaware of, or unconcerned by, the controversy over a series of homophobic and sexist social media posts that has dogged Mr. Polunin over the last months.

But then came “Rasputin,” a tepid hour of emoting and flailing (padded out with an intermission) that must have left even Mr. Polunin’s keenest supporters feeling something was missing. In fact, many things were missing: choreography, intelligence, taste and technique among them.

Mr. Polunin’s story is a fascinating one, a continuing cycle of fall and redemption. Born in poverty in Ukraine, he won a scholarship to the Royal Ballet School in London at 13, joined the company at 16, and, at 19, became its youngest-ever principal dancer.

Two years later, in 2012, he abruptly walked out, complaining about ballet’s punishing discipline and inadequate financial rewards. He wanted a normal life, but also fame, perhaps a movie career.

The British media, which had compared him to Rudolf Nureyev and Mikhail Baryshnikov, fell delightedly on his new troubled persona and Mr. Polunin played it up, tweeting about drug-taking and owning a tattoo parlor. Ballet companies, initially interested in inviting Mr. Polunin to perform, backed off.

He floundered, appearing on a Russian reality TV show and dancing with the Stanislavsky Theater in Moscow. He also worked with the photographer and filmmaker David LaChapelle to create a new solo for a documentary: Set to the Hozier song “Take Me to Church,” the video became an internet sensation. That changed everything for Mr. Polunin, winning him a huge popular following from well beyond the ballet world.

Even the posts (now removed) in late 2018 and early 2019, trumpeting his dislike for homosexuals and fat people, and offering rambling adulatory messages about Vladimir Putin (whose face is tattooed across his chest), have not deterred his fans and supporters.

The Palladium shows, which included a critically panned triple bill and “Rasputin,” are the latest in a series of programs of Mr. Polunin’s own conception, and there have been two principal issues with all of them. First, Mr. Polunin seems to be entirely incurious about finding choreographers of talent, choosing unknowns who cater to his need to show misunderstood outsider characters and flashy bits of choreography.

The second — and more troubling — problem is that Mr. Polunin is now a shadow of the extraordinary dancer he was when he left the Royal Ballet, or even when he created “Take Me to Church.” (Even by then, he had lost a great deal of technique; much of the effect of the video comes from its artfully angled filming, soaring music and angsty presentation.)

“Rasputin” is choreographed by Yuka Oishi, a former Hamburg Ballet dancer, and set to a dutifully impassioned (recorded) score by Kirill Richter. The tale of the self-proclaimed holy man who the Russian royal family believed could cure the hemophilia of the young heir to the throne is presented here as a chamber piece, with just five dancers portraying Czar Nicholas II (Alexey Lyubimov), his wife Alexandra (Elena Ilinykh), their son Alexei (the talented Djordje Kalenic), Rasputin (Mr. Polunin, obvs) and his implacable frenemy Prince Felix Yosupov (the former Royal Ballet principal Johan Kobborg, who should know better).

The story — Rasputin seems to save Alexei from death, is adored by Alexandra and executed by Yosupov — plays out on a striking black-and-white chessboard set by Otto Bubenicek. It offers Mr. Polunin a chance to be very misunderstood, very spiritual and very melodramatic, and occasionally to dash off whipping turns or jumps, all wildly applauded by an audience clearly hungry for some pyrotechnical show. (These could be better done by any corps de ballet member of a major company, but that’s another issue.)

But the choreography for Mr. Polunin is all smoke and mirrors; flailing arms and wild jumps with built-in falls that disguise his lack of technical control. Ms. Oishi displays no ability to create memorable encounters or create movement that delineates character, despite giving Mr. Kobborg an odd puppetlike jerkiness and suggesting that Yusupov enjoys cross-dressing. (The implication is that there is a homoerotic component to Yosupov’s relationship with Rasputin is an odd counterpart to Mr. Polunin’s Instagram musings.)

Mr. Polunin still has charisma and stage presence. He still seems to have an audience. But the narrow window he still has to save his technique, talent and reputation has almost closed. 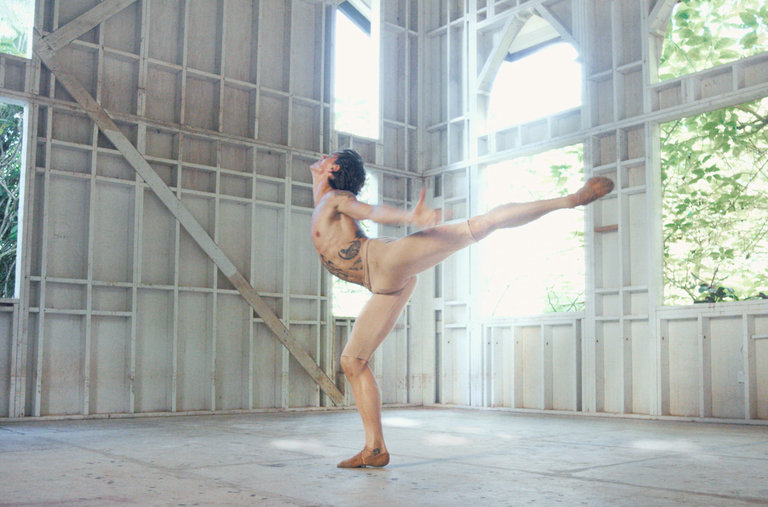 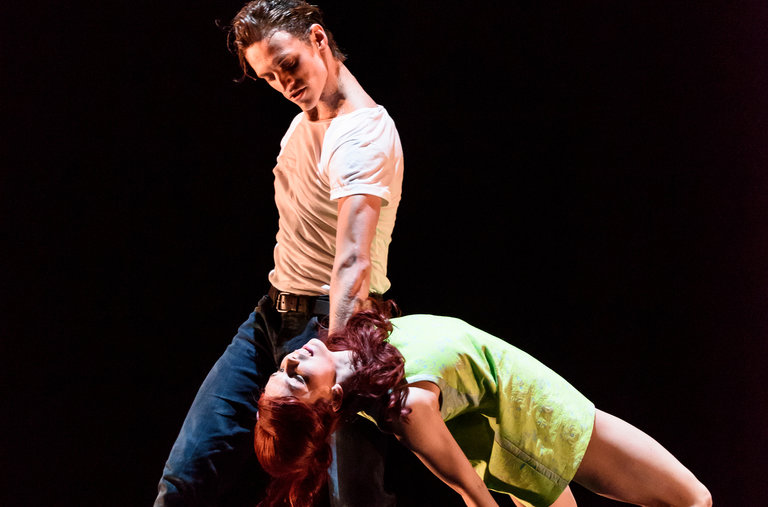