Home » Entertainment » How Much Watching Time Do You Have This Weekend?

How Much Watching Time Do You Have This Weekend?

For a weekend watch, our TV critic recommends a Polish drama, a warm series about the arts and a dark comedy that is about to stop streaming

This weekend I have … a half-hour, and I like ragtag groups. 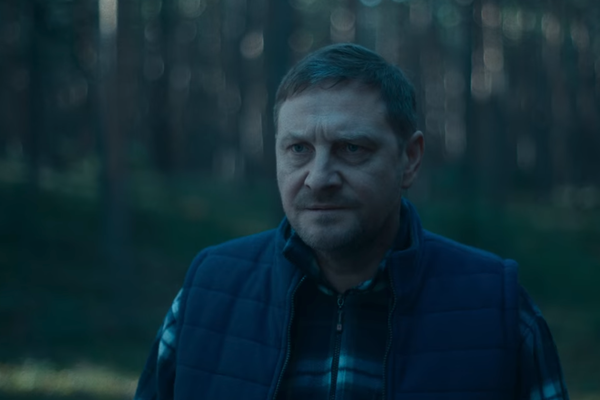 ‘Dead End’
When to watch: Now, on Netflix.

If you like stories in which heretofore law-abiding characters have an unlikely brush with criminality and suddenly a darker, depraved side of themselves emerges, try this Polish drama (in Polish, with subtitles, or dubbed). Leon (Juliusz Chrzastowski) isn’t sure how to handle his volatile teen daughter, and he decides to drive her to the Czech Republic; he needs money, so he also picks up two passengers, each in a state of personal crisis, as part of a ride share.

The voyage is already tense and awkward, and then the foursome accidentally switch cars with a bank robber — and oh wait, who’s that lady randomly walking around in the woods? There are only six half-hour episodes, so the action feels zippy and not overly drawn out.

The textile artist Diedrick Brackens describes weaving as “the most romantic occupation I could have chosen,” and that kind of secure elation runs through this warm series. “Craft” profiles artists from across the country who work in a variety of fields: metallurgy, fiber arts, ceramics, woodworking, you name it. This season’s entries, “Inspiration” and “Home,” reflect the generational aspects of art and craft, both the how and the why of learning techniques and traditions. If you’ve ever fallen into an internet hole of slow-moving how-to videos, or if you have a bin of craft supplies crying out to be rescued from its dormancy, watch this. (Check local listings for broadcast times.)

… several hours, and I like a sense of urgency.

‘Made for Love’
When to watch: Now, on HBO Max.

Bad enough that HBO Max canceled this strange and special gem after just two seasons, but now it’s being yanked from the platform completely — get in while the getting’s good, because you have only a few days. Cristin Milioti stars as Hazel, who is married to a freaky tech billionaire who has put a chip in her brain. You know, for love. While the first season is solid, Season 2 is where the show blossoms into its sharper, funnier and more deranged self, skewering the spiritual bankruptcy of tech overlords in imaginative and visually distinctive ways. “Love” reminds me a little of “Upload” and “Black Mirror” but with more panache and more humor.

Amy Robach & T.J. Holmes Are Laying Low – And Staying Apart – As Their TV Futures Are Being Decided

All grown up
Entertainment