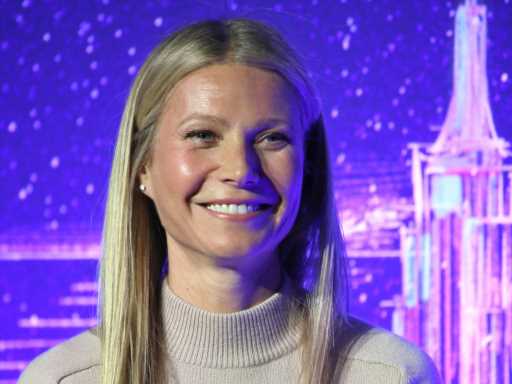 It looks like Gwyneth Paltrow’s lookalike daughter Apple Martin got involved in that time-honored tradition of throwing a party at her parents’ house — and then getting it shut down by police. It’s not clear whether mom approved this end-of-summer fiesta, but she sure knows about it now.

On Aug. 13 at Paltrow’s Amagansett, New York summer home, the 18-year-old invited around 50 of her closest friends to party with her. Before too long, the neighbors started to complain about the noise level and the police were called to the home, according to Page Six. “Apple invited too many friends to her mom’s house, and things got out of hand,” an insider shared. “They were partying like rock stars and making so much noise that multiple neighbors were furious and called the police, who shut the party down.” Oops! It doesn’t make it any easier when your mom is famous because someone was going to spill the tea to a media outlet.

Not only did the police come, but “staff from the town clerk’s office also attended to see if the party was a code violation” because parties with more than 50 guests require a permit. Fortunately for Martin, she had just under 50 guests, so she avoided a ticket. The teen recently graduated from high school, where we got a rare snapshot with Paltrow and ex-husband Chris Martin, so she was likely throwing one last get-together before everyone went off to college.

While we don’t know if the high school grad was fined by the police for her party, but she might have gotten a stern talking to from her mom — especially after the media caught wind of it.

I'm a size 22 and airlines should give free extra seats – people don't get how hard it is to be 'fat', says Tally Sharp | The Sun