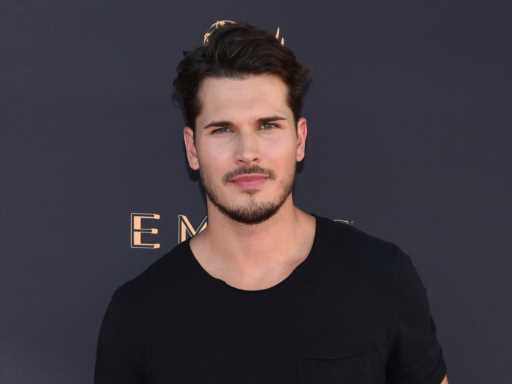 Dancing With the Stars dancer and choreographer Gleb Savchenko is opening up about his No. 1 wish for the hit reality TV dancing-with-celebrities show: same-sex partners, an ask he tried to make happen this year but ultimately backed down on. And we are also so ready to see it.

“I can’t wait for this moment!” Savchenko told Mr. Warburton magazine. “Last season when Johnny Weir got on the show, I was, like, ‘Johnny, you HAVE to be my partner, but they ended up not doing it. They’ve done it before in Australia with Courtney Act and in the UK with Nicola Adams and they were both amazing!”

“Of course, there is a strong male/female dynamic in dance,” Savchenko continued, “but if you have two men doing the same thing, it would look awesome and be so fascinating. I would love to do it, but it would have to be with the right partner.”

He then gave a shoutout to the LGBTQ community, which has supported him through the years.

“Having their support means so much,” he said. “I love my fans and anyone who’s super positive and give you lots of love.”

Speaking of dance partners — Savchenko, who is currently dating Cassie Scerbo, is also in the headlines for a supposed “emotional affair” with past DWTS dancing partner, Lisa Vanderpump of Vanderpump Rules and, formerly, the Real Housewives of Beverly Hills.

According to an October episode of The Bellas podcast, which resurfaced this week, Vanderpump called Savchenko “gorgeous” and that she became “very close” to him, even going as far to say she “loved him.”

“We had a little bit of an emotional affair in terms of having to connect and hold on to each other because it’s so scary … I adored him,” Vanderpump continued. “When you’re thrown into Dancing With the Stars and suddenly somebody’s right in your face and you’re wrapping your legs around them … That was the best part.”

It didn’t end there. Vanderpump also went into detail about certain moves she learned while partnered with Savchenko.

“[Gleb] would say, ‘Do these backbends,’ and as you would do the backbends, he would hold your groin against his,” she told the hosts. “And I was thinking, ‘I haven’t had this much fun since my honeymoon!’ [Ken Todd, Vanderpump’s husband] would be like, ‘I see you. I see what you’re up to.’ He doesn’t put that much importance on me messing about and flirting.”

So, maybe that’s why Savchenko wanted a same-sex partner? Only teasing — Vanderpump aside, we’d be thrilled to see Savchenko give back by helping normalize same-sex couples on TV and to see how the new dynamic could revitalize the show.

Before you go, click here to see all the celebrity couples who met on set.