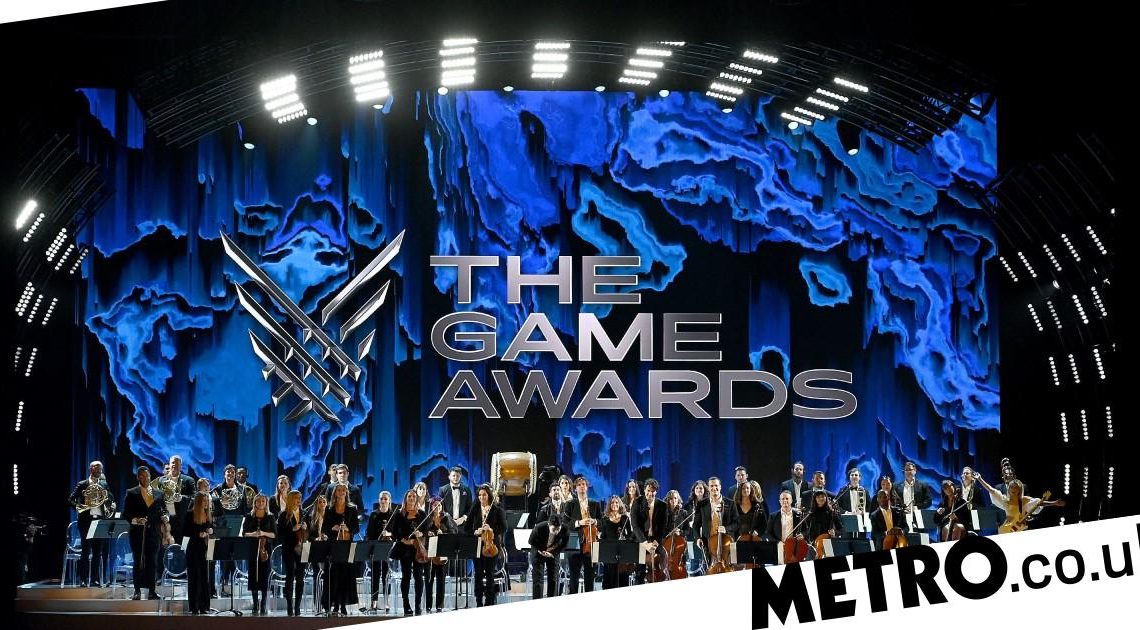 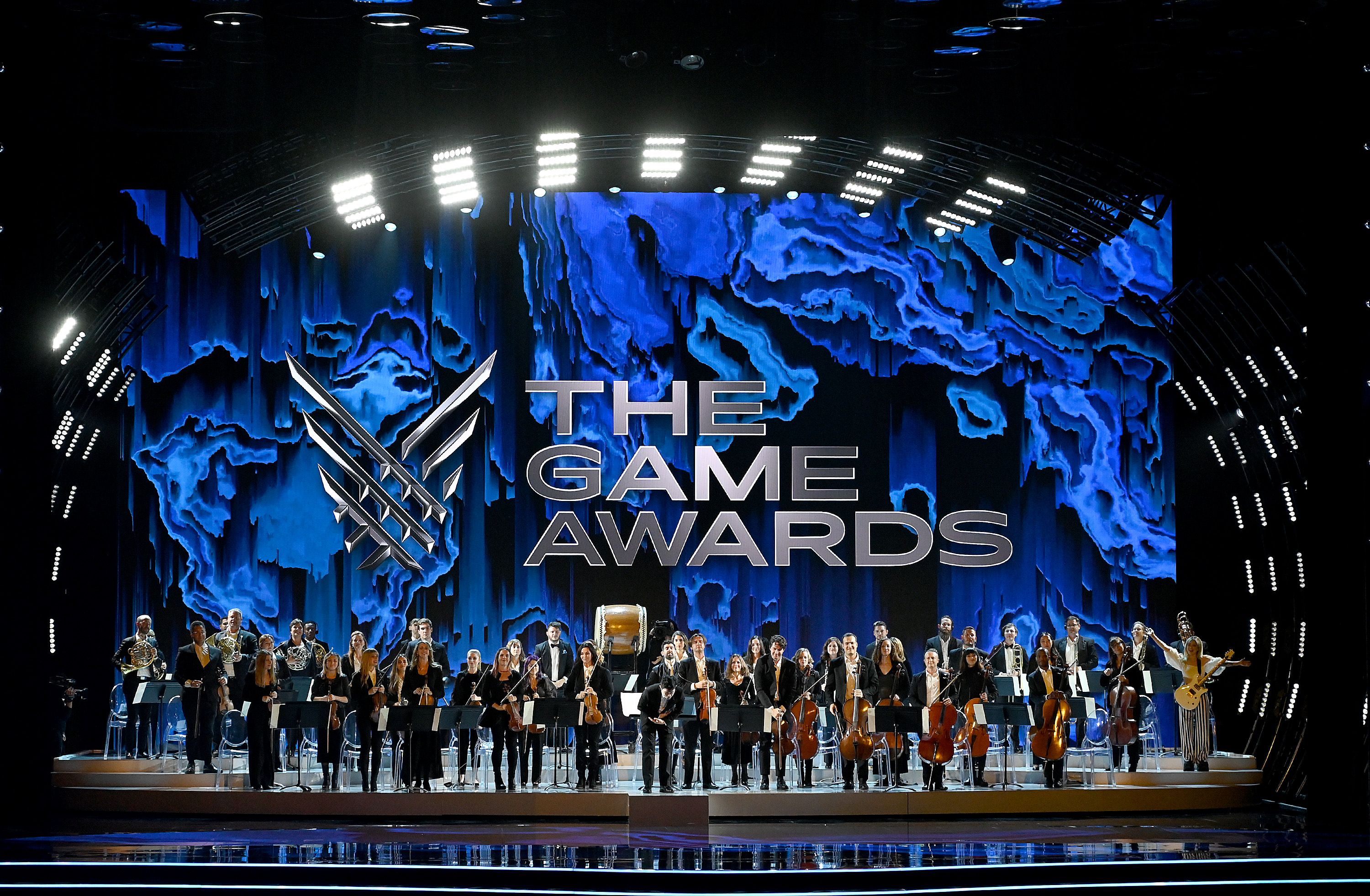 PLEASE NOTE: We’re currently preparing our content for over Christmas and the New Year, which will include several Reader’s Features. So if you have an idea for an article, on any gaming related subject you like, now would be a great time to submit it, at the email address below.

To join in with the discussions yourself email [email protected]

The tipping point
So tonight’s the night (or Friday’s the morning, whatever) for The Game Awards to totally disappoint everyone that thinks the games industry has been saving up a year’s worth of game announcements to let them all out in December. I hate to tell anyone hoping for that, but it’s not going to happen. There are far less games being made at the moment than at any time in history and it has to do with not just the pandemic but just how much they cost to make.

I totally agree with the reader that says games should be half the length and half the price, not only is that better for pricing and for pacing but it means they won’t take five years to make anymore. Imagine making a modern trilogy, that’d be 15 years at a minimum – a significant percentage of someone’s working life.

So while I hope we’ll get to hear about the Ubisoft Star Wars game, and the Dino Crisis remake, and The Elder Scrolls 6 I think we’ve got to accept that none of this is going to happen for years and even when it does get announced it’ll take even longer to be released.

Games have become bloated and unmanageable and at some point it’s all going to get too much. Perhaps tonight will be a turning point and fans and the industry at large will start to realise that. It would certainly be the best thing that you could hope to happen from it.

That said, I will still be watching live, like I always do. Hope springs eternal and all that.
Wagufan

Keep the dragon
Funny to think that Jeff Minter is still going. I think Attack Of The Mutant Camels on the C64 may have been the first video game I ever saw, at my cousins house. Heck, I think it may be one of my earliest memories of anything. I’ve enjoyed his work through the years, especially the Tempest style games, and will watch in interest to see how this new one, with the unspellable/unpronounceable name does.

I’ve been enjoying this brief return to fame for Atari, and bout the 50th anniversary collection, but I’m not sure how they hope to continue. Assuming they haven’t got too many other unused prototypes in their back pocket I somehow doubt the new game is going to be a big seller.

The question is whether they continue that route with other games, and essentially become an indie developer, or try to get back into the big time. But what big budget game could Atari make? I don’t think we need an open world Centipede or Asteroids but what game from that era could ever be expanded out to make a modern game? The only one I can think of is Adventure, but that was so abstract what part of it could ever be kept in a AAA reboot?
Astur
PS: What does the name mean?

GC: It’s a silly in-joke that we suspect wasn’t funny even at the time, based on the phrase ‘Also Known As Another Ralston Hally’ – the surnames of the two programmers of the game.

Ahead of the deal
The announcement Xbox is raising their game prices to $70 is interesting and to me a good indication the Activision Blizzard deal will go through. Phil Spencer was never specific which prices (games, consoles, subscription services) would increase – with many publications assuming all would, despite Phil Spencer’s vagueness.

If the plan was always to increase games to $70, Microsoft would have to get ahead of the Activision deal closing. If they were to announce it after the acquisition, it would only reaffirm the concerns expressed by the CMA, one of them being raising prices.

One thing is clear, Microsoft are desperate to land that deal, even if they have to endure some bad press in the meantime. I’m just surprised it wasn’t Game Pass that got the price increase first.
Anon

E-mail your comments to: [email protected]

Flat costs
RE: Microsoft price rise. I’m amazed, honestly, it’s taken this long for prices to go up. I got nostalgic and was looking at some old video game mags recently, thanks to Out Of Print Archive, and games haven’t changed very much in price for at least the last 25 years, from that £40 to £50 price range, from what I can tell.

Now, I’m no economist but inflation has taken the price of a chocolate bar in that time from 25p to nearly £1, so I think we’ve been lucky to get to now without this happening. I don’t want people to think I’m happy about, I’m not (I still remember being outraged that N64 games were going to cost £60/70 as a teenager!) but I suppose games companies must still have been making profits for them to hold off on changing the pricing until now. I just hope they don’t go any higher.
Carl

GC: That’s why microtransactions, season passes, and DLC exists, to make up the extra profit.

Adding up
RE: Prices of games. I am 37 now, so remember paying £60 for Street Fighter 2 on my Mega Drive. If games are going to be £70 over 20 years later, I don’t think that’s too bad at all in theory, given how much other things have increased in price over that time period.

However, that is with the heavy caveat that I receive a full game.

Recently I bought Call Of Duty: Modern Warfare 2, which cost £60 odd. Not too bad given the amount of content. But then I had to buy the season pass. And then I was tempted by some of the things in the store (which are entirely optional I know) and battle pass season 2 is out in February.

That being the case, £70 for the next Bethesda game, if it is complete and will last me one or more years is fine. It’s when all the additional revenue streams are included, that prices start to get extortionate.
Tom

Avuncular advice
My niece has asked me to get her the Nintendo Switch Online + Expansion Pack for Christmas, mainly for the Mario Kart expansion tracks.

I am happy, as a gaming uncle, to do this, but have found it hard to find a definitive guide on how to achieve it, so I am reaching out to the GC community for advice.

As far as I can see I have to create a Nintendo account for me as a guardian, we then create a child’s account for her and link it to mine as a family group member. Then on the Switch we link her existing profile to her newly created child’s account.

From there I am a bit lost, can I purchase the necessary pass on the Switch through her profile, or do I have to buy it on my account and somehow gift it to her? I only want to buy an individual membership not a family one as he is the only user.

Would like to have some idea what I am doing on Christmas morning.
Big Steve

GC: You can’t gift on the Switch. Can’t you just buy it for her on her own console? The eShop is independent of it anyway, so we’re not sure why you need to link it to your account.

Longer windows
I signed up for the PlayStation VR2 pre-sale through Sony and received a link in mid-November, which expired a week later. It didn’t take long to decide that I couldn’t justify spending that much money at the moment. I’ve now received another email from Sony extending the pre-sale window by almost three months to the end of February 2023.

I don’t want to be churlish in writing the PlayStation VR2 off months before it’s released, but that’s not a good sign, surely?
Needlemouse

GC: Many people are going to be in a similar position to you. Sony really couldn’t have picked a worse time to push such an expensive piece of hardware.

There are dozens of us!
I usually try to resist the idea of calling publishers dumb, as I assume they know things that none of us could. But are they not jumping on this survival horror remake band wagon a bit too quickly? We’ve had exactly one that was successful, in Resident Evil 2, and not even it’s follow-up was half as popular.

I’m really not convinced that many people want a Dead Space remake or that Silent Hill is that big a draw, as much as I want to play these games. But dragging up F.E.A.R. or Condemned or whatever the next one is… I’m all for it but how many other people?

Everyone trying to make the next Fortnite, when battle royale was a new thing, that I can understand because they were chasing the next big thing. Survival horror is never going to be the next big thing. Worse than that I have fears that this new renaissance is going to end up exactly the same as the last one: a couple of mediocre games underperforming and then no one else daring to touch the genre again for another five years.
Wiley
PS: Personally I hope it’s Parasite Eve getting remade, I loved that back in the day.

Inbox also-rans
Was just wondering if you had plans to review Ixion?
Angry_Kurt (Twitter)

GC: We’re not sure yet. We’ve suddenly got a lot to get through after previous suggestions.

Funny to think that this time this year we will have only just got to the end of all the Mario Kart 8 content. Maybe the last track will include a promise that ‘Mario Kart will return’?
Bosie

This week’s Hot Topic
The subject for this weekend’s Inbox was suggested by reader Cranston and asks what is your favourite and least favourite entry in a long running franchise?

There are plenty of video game series that have been running for 25 years or more, some with dozens of sequels, but which do you think is the best and which is the worst? Try to keep your suggestions to mainline sequels, but other than that you can pick any games from any era or format.

Does a sequel need to have a lot of new ideas to be successful and how much can it differ from the original game before it loses its identity? What advice would you give for the next sequel in whatever franchise you’ve picked?

E-mail your comments to: [email protected]

The small print
New Inbox updates appear every weekday morning, with special Hot Topic Inboxes at the weekend. Readers’ letters are used on merit and may be edited for length and content.

You can also submit your own 500 to 600-word Reader’s Feature at any time via email or our Submit Stuff page, which if used will be shown in the next available weekend slot.