Delayed by the coronavirus pandemic, Stefan Herheim’s “Ring” cycle, rumored for a future Met Opera season, gets underway in Berlin. 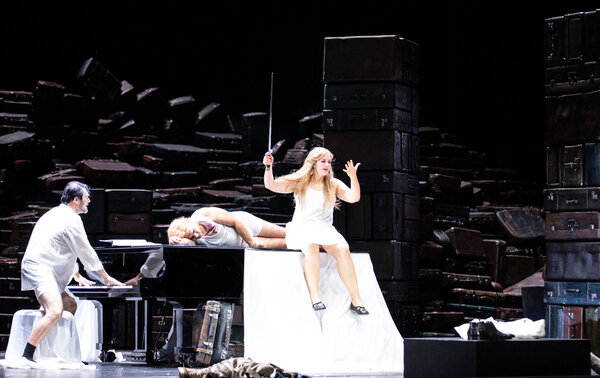 BERLIN — On a warm September afternoon, a startling sound could be heard in a rehearsal room here: a full-size orchestra, playing the second act of Wagner’s “Die Walküre.”

For ears starved during the long, nearly worldwide break in live performance caused by the coronavirus pandemic, it was bracing to be engulfed by rich brass chords ringing out above plunging strings as the goddess Fricka extracted a world-changing promise from her reluctant husband, Wotan.

“I’m not saying we planned this,” Donald Runnicles, who was conducting the rehearsal, said in an interview. “But if you knew you were going to have a six-month hiatus where you didn’t hear any live music, what would you wish to hear after that six months? In my top 10, it would be ‘Die Walküre.’”

The Deutsche Oper, where Mr. Runnicles is the music director, has been preparing a new production of Wagner’s four-opera “Ring” cycle for years. It engaged the Norwegian director Stefan Herheim, known for productions combining intellectual rigor and an almost childlike sense of theatrical wonder. It assembled a starry cast, including Nina Stemme, one of the world’s most experienced and acclaimed Wagnerian sopranos, as Brünnhilde. The cycle was supposed to premiere over two seasons, starting this past June with the first opera, “Das Rheingold.” 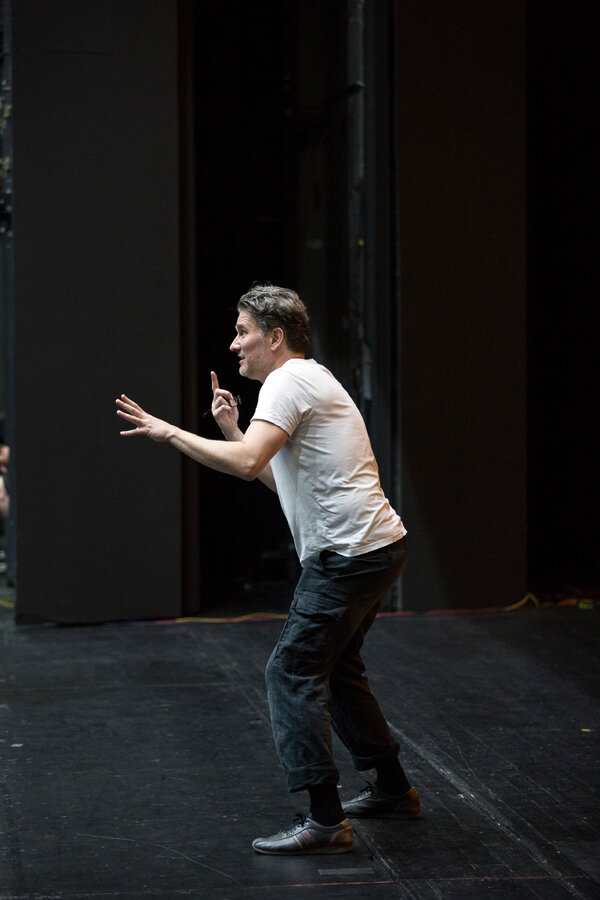 Then epic events offstage made the performance of onstage epics impossible. The company was able to provide some operatic relief in August with scaled-down performances of “Das Rheingold,” directed by its house staff in its parking garage. But the Herheim “Ring” — eagerly anticipated, and rumored to be under consideration by the Metropolitan Opera for a future season — is really getting started only now, with the full-scale premiere of “Die Walküre” on Sunday.

Major live, indoor operatic performance still seems far-off in the United States, which has been much less successful at curbing the spread of the virus than many of the nations in Europe, where theaters are beginning to reopen. The Met announced this week that it would not reopen until next September. Still, cases are substantially rising again in Germany. Most performances in Berlin this fall are socially distanced, unstaged affairs; for “Walküre,” however, a family of donors is underwriting daily testing for the cast, orchestra and key crew members for the rehearsal and performance period.

Government subsidies, substantial even before the pandemic, will allow the company to sustain a reduced capacity of about 770 (instead of its usual 1,859), in keeping with new regulations in Berlin that allow for masked audience members to be seated about three feet apart. There will be intermissions of normal length — necessary in Wagnerian repertoire that tests the stamina of audiences and performers alike — with strict social distancing requirements and limited food service.

“Siegfried” and a rescheduled “Rheingold” are slated to premiere later this season, with “Götterdämmerung,” the final installment, next fall. Complete cycles are scheduled for November 2021 and January 2022.

No Herheim production is simple. His work — including a “Parsifal” at the Bayreuth Festival that retold Germany’s bloody history, and a “Die Meistersinger” set in a magically expanding vision of its main character’s cobbling workshop — involves deep readings of both music and libretto, as well as stacked layers of reference to an opera’s creation, performance and reception histories. The rabbit-hole complexity and joyful, even campy, flourishes of his stagings have made Mr. Herheim, 50, one of the most sought-after opera directors in Europe.

The first production meetings for his “Ring” came in 2015, when, he said an interview, a refugee crisis forced Europeans “to face the fact that this is a crisis we have created ourselves, just like the climate catastrophe that is rolling over us now, and the coronavirus, too.”

When Wagner began work on the text of the “Ring,” he was a young radical fleeing the failed revolutions of 1848. “We are all in a situation like Wagner,” Mr. Herheim said. “All somehow refugees, confronted with the concept of not having a harbor, not feeling safe, and at the same time having to face the destinies of so many people trying to get to us, and face the fact that many of us are not ready to feel empathy.”

In his conception, “Das Rheingold” begins with singers arriving on a stage that’s empty except for a piano, dragging suitcases behind them. They then begin to tell one another the story of the “Ring.” Mr. Herheim said he was fascinated by Wagner’s technique of retrospective storytelling: At many points in the cycle, the action is taken up by characters narrating events that have taken place.

“It reminds us that the drama is who tells the story, and how,” Mr. Herheim said. “There is no truth in a drama; it is all lies, and ideas.”

As in many of his productions, there is also a reference to past opera stagings, in this case Patrice Chéreau’s influential 1976 “Ring” at the Bayreuth Festival, which posited the cycle as a Marxian struggle in which the world moves from aristocratic to proletarian rule. The final evening ended with shellshocked masses standing in rubble, staring at the audience as if to say, “Your turn.” One possible interpretation of Mr. Herheim’s new production, he suggested, is that those people, or their descendants, had moved on and were now retelling the story.

The sets for all four operas will be mainly constructed from the piano, the suitcases and their contents, enhanced by projections and video. “They all have their suitcases, their histories, their stories,” Mr. Herheim said of the characters. “It’s not ever the quality of theater to create perfect illusion. This is in some way a childish and simple approach. As if the only thing we have left as humans is this ability to tell stories — this idea of reality, history, hope, future.”

Not that Mr. Herheim is naïve about the uses to which humans have put stories, especially ones as powerful and troubling as Wagner’s epic myth. “‘Walküre’ is an incredibly cruel piece,” he said, pointing out the extent to which the characters are trapped by their destinies and actions. Wotan, the patriarchal god who loses control of his creation, seemed to loom especially large in his mind.

“It’s the greed,” Mr. Herheim said, “and the power, and the need to be loved by an audience.” Like a conductor, he jokingly suggested, or a stage director.

For the singers, the rigor of Mr. Herheim’s concept is mediated by his musicality. “It’s been very intense, which I like,” said Ms. Stemme, the production’s Brünnhilde. “The work is very concentrated, and at the same time he never forces you to sing upstage or sideways” in ways that might damage the music.

“The main thing for him is the music drama,” she added, “and that’s the way it should be.”

Lise Davidsen, a rising star soprano, is making her role debut as Sieglinde, a mortal woman, trapped in a violent and loveless marriage with the hunter Hunding. She finds short-lived redemption in an affair with Siegmund — incidentally, her twin brother — before he dies and she gives birth to Siegfried, a transformative hero in the two final operas.

“I must be honest and say that the Sieglinde we are making is quite different from what I had in my mind on the first day,” Ms. Davidsen said. Mr. Herheim’s concept gives the character both new strength and new complication: This Sieglinde doesn’t just wait to be rescued, but kills a child she has had with Hunding as part of her escape.

“The killing is what she has to do to be able to continue her life,” Ms. Davidsen said. “It’s on the edge of life. These characters are extreme parts of us. This is the sacrifice she has to make to free herself. When the audience is expecting complete freedom and release, immediately you see the bad side.”

At the first run-through of the opening act with costumes and set, Ms. Davidsen and the American tenor Brandon Jovanovich, singing Siegmund, tussled and sang and took flight on the set’s many moving parts. The stage pictures — a man fleeing a violent storm into a world of frightened, lost souls living with suitcases packed, ready themselves to flee — indeed seemed to resonate with current events outside the opera house.

“These refugees are crossing an empty stage in a world where we cannot produce art in the same way as before,” Mr. Herheim said. “We have to be aware of what it means to play. To rethink the function of art with someone like Wagner, who always had this entitlement — and to see how we failed, and to try again.”