Live performances in the theater are still on hold, but the company will present an online season, culminating in five new dances. 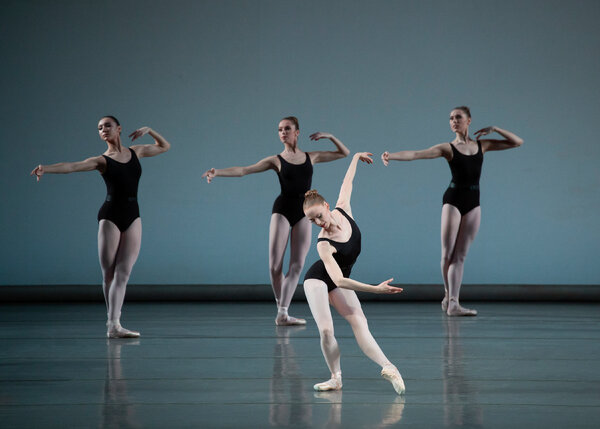 New York City Ballet will not be returning to the David H. Koch Theater this fall, but the company’s coming digital season will culminate with performances of new dances by Pam Tanowitz, Jamar Roberts, Justin Peck, Sidra Bell and Andrea Miller. The commissioned ballets will be recorded outdoors in New York City and shared with audiences, one each night, from Oct. 27 to Oct. 31.

“We couldn’t go a whole year without creating new works,” Jonathan Stafford, City Ballet’s artistic director, said in an interview. “It’s simply not in our D.N.A.”

The choreographers chosen for this mini festival, all of whom were set to make new pieces for the company this year before the pandemic struck, face various restrictions as they prepare their new works. The number of dancers in each piece has been capped at four, and dancers who are not in a couple or otherwise in isolation together must maintain social distancing while performing. “The choreographers, I think, are really into the limitations,” said Wendy Whelan, the company’s associate artistic director. “They all seem very keen to play within the rules and create with the new elements.”

The online season, City Ballet’s second since performing arts venues were shut down around the world because of the coronavirus, will begin on Sept. 28 and will feature, for its first four weeks, past performances captured by the company’s cameras. Programs will debut on YouTube, Facebook and the City Ballet website each Tuesday at 8 p.m. and remain available for a week.

The first program will focus on the work of George Balanchine, the troupe’s founding choreographer, and will include footage of “Tschaikovsky Pas de Deux,” “Symphony in C” and “Episodes.” The company will also offer special repertory programs geared toward children and their families on Oct. 10 and Oct. 24 at 2 p.m.

Mr. Stafford said the company’s dancers would be compensated during the fall season though less than they would have if the pandemic hadn’t interfered. “While we are going to pay the dancers to the greatest extent possible, given the very tough financial situation we’re in being shut down, it’s pretty clear that it will not be quite what they would get in a normal year,” he said.

In response to the expected shortfall, company members banded together to form Dancers of NYCB, a fund-raising effort aimed at providing financial assistance to performers and stage managers until large-scale live performances can resume.

“New York City Ballet has made its best efforts to support us throughout this crisis,” the group wrote on its website. “However, the loss of revenue from multiple canceled seasons means the company still cannot provide us with adequate financial assistance to sustain us through the end of the year.”