The choreographer will receive practical and financial support to create new work — and two years of full-time salary and health care benefits. 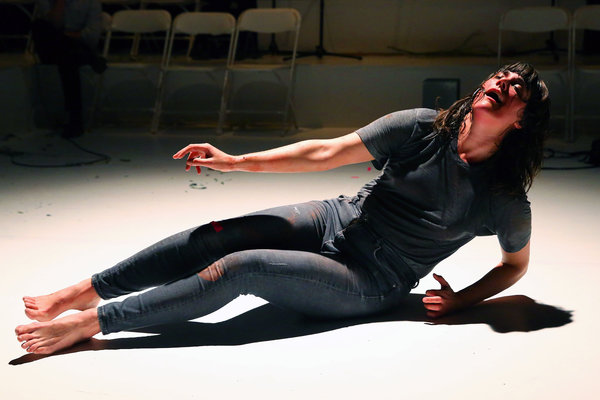 The choreographer Faye Driscoll is the next recipient of New York Live Arts’ robust biennial residency award, the organization announced on Wednesday. The award, the Randjelovic/Stryker Resident Commissioned Artist, is notable for the breadth of its support, which includes a commissioning fee, a technical residency and a fully produced production as well as two years of full-time salary and health care benefits.

“Faye is one of the most daring makers of her generation, an artist that is impossible to box in,” Bill T. Jones and Janet Wong, the leaders of Live Arts, said in a joint statement. “It is our hope that the RCA award will provide her with the security to imagine and create powerful work, and to continue building the infrastructure for a sustained career.”

The residency is far from Ms. Driscoll’s first honor — she received a Guggenheim Fellowship in 2013 and was a United States Artist fellow in 2016 — but it is the first time in her dance career, she said, that she will have health insurance coverage and a salary at the same time. “I feel very privileged that I have received a lot of support and funding and visibility and have done some touring, but the sad truth is that that doesn’t equal financial stability, housing stability, health care,” Ms. Driscoll said in an interview.

While dance makers are always grateful for commissions, and even more so at a time when Covid-19 has interrupted live performance, the security that comes with having a steady income and the safety net that insurance provides are also important — practically and creatively. “All of us who have done this with our lives have a kind of tenaciousness,” Ms. Driscoll said. “We’re willing to do it and fight and be in it and have enough of a love for it to stay but there is, I think, a limit to that survivalist mode.” It takes a toll, she added, “on the body, on the being, on the nervous system, on the psyche, on the spirit.”

Ms. Driscoll, who recently completed a series called “Thank You for Coming,” said she planned to work on a project related to the sense of touch during her residency. It was an idea she had before the pandemic that she has been inspired to recast in light of social distancing protocols and the technological changes that have accompanied them. The constraints of working remotely, she said, have also encouraged her to think about touch more broadly.

Previous recipients of the RCA award include Kyle Abraham, Okwui Okpokwasili​ and, most recently, Raja Feather Kelly. Mr. Kelly’s project, a dance-theater deconstruction of the film “Dog Day Afternoon” titled “Wednesday,” is scheduled to premiere at Live Arts in 2021.