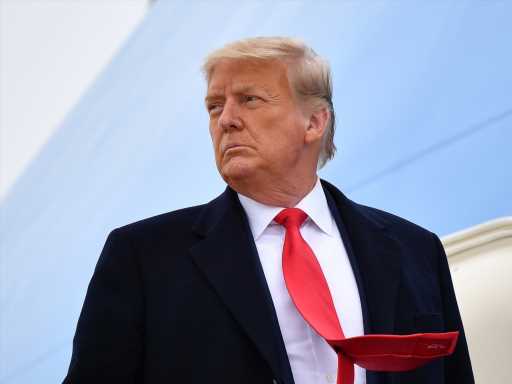 Former President Donald Trump has decided to take the F.B.I. search into his own hands with a legal strategy that he reportedly hopes will fire up his voter base. With a 2024 presidential run in mind, he might be trying to bide some time in prohibiting investigators from reviewing the documents seized from Mar-a-Lago.

The filling is looking to appoint a third party, often a retired judge, to act as a “special master” to review the papers obtained from his residence to determine if any private documents were erroneously taken — thus giving him an argument that his constitutional rights were violated. That may seem cut-and-dry from one perspective, but Donald Trump may be playing a chess game “to delay, distract, distort and politicize accusations against him,” per CNN. It has worked well for him in the past (see any of his numerous legal issues), and it is possibly setting up a blueprint for the future.

By filing the lawsuit, he can possibly portray himself as a victim to appeal to his followers, saying he’s being “persecuted” by President Joe Biden’s administration. It sets up a presidential campaign showdown between the man who won and the man who lost the White House in 2020. Of course, Donald Trump still has to secure the Republican nomination, but a legal filing like this could pave the way with “27 pages of talking points for Trump’s GOP allies.”

Accountability has never been Donald Trump’s strong suit, so he is going to fight the investigation every step of the way — and his latest actions could work in his favor. “I think Donald Trump has a fairly good chance of prevailing,” CNN legal analyst Elie Honig told Jake Tapper. “It’s a reasonable request. It’s actually not unprecedented.” With the filing full of confidence that he is “the clear frontrunner in the 2024 Republican Presidential primary and in the 2024 General Election should he decide to run,” Donald Trump is letting everyone know he’s here to stay — and likely through the next election cycle.

Before you go, click here to see the biggest presidential scandals in US History.