Dani Dyer has given her followers a glimpse into her pregnancy journey after revealing she was expecting twins with partner footballer Jarrod Bowen.

The reality TV star shared the news on Instagram with a series of snaps, including one of Santiago holding a blackboard with the words ‘I’m going to be a big brother to twins’ with two scans pinned to it.

Alongside the post, she wrote: ‘We have been keeping a little secret. Our little TWINS. So excited to meet our babies and watch santi be the best big brother.

‘The biggest surprise of our lives but feeling SO blessed. Our family is getting a lot bigger and we can’t wait.’

Over on TikTok, Dani, who is the daughter of actor Danny Dyer, shared more pictures and a cute clip, which began with her proudly showing off two positive pregnancy tests.

Kiss goodbye to your social life as Love Island is back for its Winter 2023 series.

Get all the latest Love Island updates on Metro.co.uk‘s dedicated page. 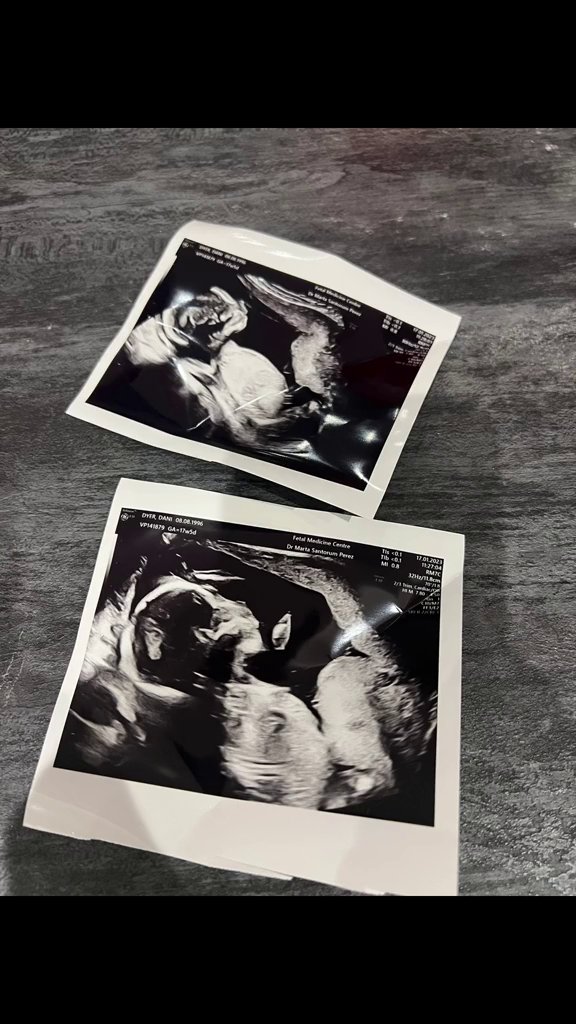 Dani is then heard telling adorable Santiago who’s munching on a sweet treat that there’s a ‘baby in mummy’s tummy, are you going to be a big brother?’, with the tot repeating: ‘Baby’ back to her.

The soon-to-be mum-of-three then shares a series of snaps, each one with her bump getting progressively larger, including one of Santiago tenderly rubbing her blossoming belly.

The clip then continues with images of the scans and two adorable baby grows with one reading: ‘Friends forever’ while the other is emblazoned with: ‘Born together.’

Dani shot to fame on the 2018 series of ITV’s hit show Love Island which she won with former partner Jack Fincham. They split up nine months after the show ended.

On January 23 2021, Dani gave birth to Santiago with Kimmence, who she dated before she starred on Love Island and later rekindled their romance after her split from Jack.

Dani later separated from Kimmence who was jailed for three and a half years in 2021 for defrauding two pensioners out of more than £34,000.

She moved on with Premier League footballer Jarrod, 26, in 2021, having gone Instagram official in December that year.

He plays for West Ham United and the England national team, and previously played for Hereford United and Hull City.

Dani has also starred alongside her soap actor father on a number of shows and they co-host a podcast, Sorted With The Dyers.

In 2021, Dani made an appearance on EastEnders as a pregnant taxi driver called Jeanette who picked up Danny’s character from Albert Square.