Home » Entertainment » Celebrity Kids at the Oscars Through the Years 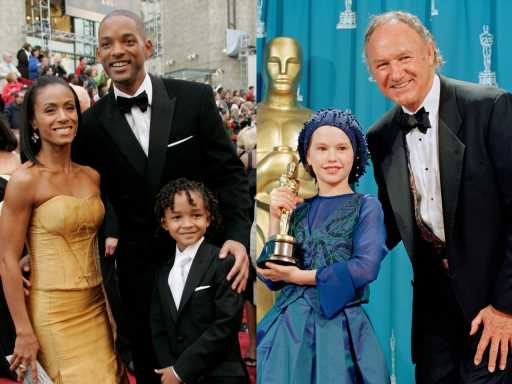 Celebrity Kids at the Oscars Through the Years

ICYMI: The 94th annual Academy Awards are coming up this Sunday night and it’s gearing up to be a pretty memorable evening. With the Oscars being the ceremony that marks the end of award show season, all eyes are on who will take home the biggest honors of the night. While it’s certainly not the main event of the evening, we’ll be the first to admit that our favorite tradition is watching all the grand celebrities that grace the red carpet in luxurious gowns. It’s a chance to see legendary celebs, rising stars, and the — always adorable — kid attendees in their best attire, all in one place. Yep, if you thought that children had no place at the high brow event, you’d be highly mistaken. In fact, kids and teens are regulars at the award show, whether they’re there as nominees or simply there to cheer on their famous parents. The Academy Awards has a soft spot for all of Hollywood’s kiddos and honestly, so do we.

Ahead, a look back at some of the most heartwarming tiny humans who’ve made the exclusive guest list. From an eight-year-old Drew Barrymore in a fur shawl and pink tiara to a young Leonardo DiCaprio making his Oscars debut in a sleek black tuxedo, read on for all the celebrity kids that stole our hearts.

A version of this article was originally published in April 2021.

Hello, Spring: Give Your Body the Skin-Care Treatment It Deserves
Entertainment