Amid Bruce Springsteen’s huge songwriting catalog, “Western Stars” is a side trip in place and time: a homage to a bygone pop era and a return to one of his recurring fascinations — the present-day American West as envisioned and, in the early 1990s, inhabited by a native New Jerseyan. It’s not an album courting new young fans or claiming any 2019 zeitgeist. It’s more like a speculative alternate history: What if Springsteen’s music had taken a very different direction at the start?

“Western Stars” arrives following the explicit autobiography and starkly staged sincerity of “Springsteen on Broadway,” even though it was in the works before those performances. Instead of trying to extend that revealing tour de force, the new album veers elsewhere; it’s an experiment in genre and narratives. Most (and perhaps all) of the songs are other people’s stories, not Springsteen’s own. In them, the West — California along with Arizona and Montana — can be a promise of open spaces and second chances. But more often, the western horizon is the end of the line, where Springsteen’s characters find themselves alone with their regrets. 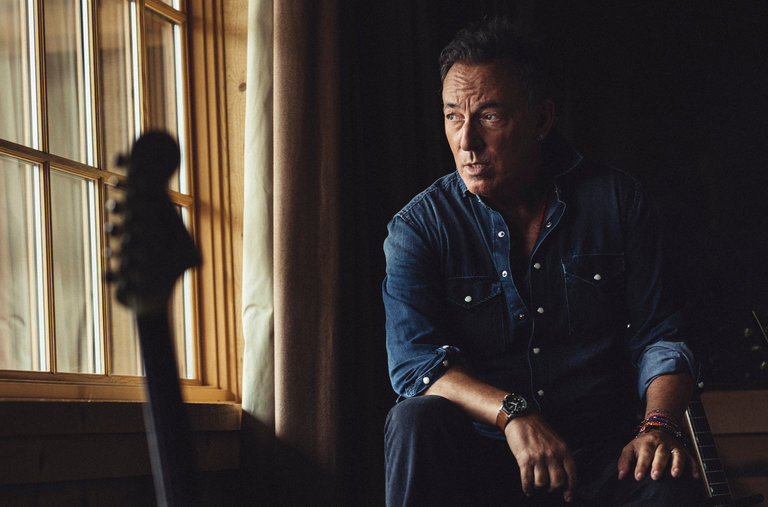 The music itself is a kind of character study. It harks back to an early 1970s pop style that Springsteen — now 69, whose debut album appeared in 1973 — had nothing to do with at the time. “Western Stars” revisits a sound that found a place in Los Angeles studios — particularly in Laurel Canyon in the late 1960s and early 1970s — and in Nashville as a means to get country singers onto pop radio by making country music “countrypolitan.” The era’s elaborate productions — the sound of performers like Glen Campbell, Harry Nilsson, Charlie Rich and the Mamas and the Papas — enfolded pristinely recorded acoustic guitars and keyboards, understated drums and mere whispers of country-style pedal steel guitar into lofty orchestral arrangements. At the time, it could turn corny and overwrought. In 2019, however, the style is a direct repudiation of current pop: smooth and liquid rather than rhythmic and sparse, and relying largely on acoustic, physical instruments (though on Springsteen’s album, a few synthesizers slip in).

Those early 1970s productions were unapologetically decorous, premeditated, luxurious and grown-up. Yet often, in songs like Skeeter Davis’s “The End of the World” or Campbell’s “By the Time I Get to Phoenix,” the plush orchestral pop hits of the 1960s and 1970s cushioned sorrow and solitude. They were worlds away from the turbocharged bar band that would become Springsteen’s E Street Band, and they were clearly aiming for the middle of the road, not the fast lane. The craftsmanship in those studio efforts was as self-effacing as it was substantial; the hired musicians were intended to serve the song, not to be noticed. As a lifelong student of American popular music, Springsteen clearly noticed.

On “Western Stars,” a few songs — “Tucson Train,” “Sundown,” “Stones” — sound like the E Street Band could be swapped in for the orchestra. But Springsteen strives to meet his chosen idiom more than halfway. He wrote songs that thrive on the swells and undulations of orchestral drama, and he sings with long-breathed phrases that aren’t exactly crooning — he’s not built for that — but that set out to sustain more than they exhort.

One of the centerpieces of “Western Stars” is “Chasin’ Wild Horses.” Its narrator did something awful in his youth, then left home to lose himself as a cowboy, chasing wild horses in Montana for the Bureau of Land Management, sometimes shouting a lost love’s name to an empty echo. Its guitar-picking intro bears an odd, doubtless coincidental, resemblance to the Lady Gaga-Bradley Cooper hit “Shallow,” but its gathering impact comes from its expansive arrangement, which opens and deepens around his voice like an endless prairie. 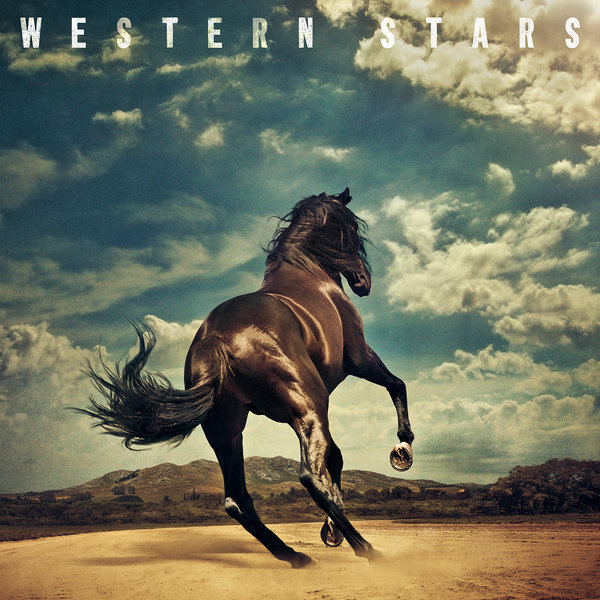 The arc of the album — Springsteen still treats an album as a whole — moves from hope to desperation to elegy. The album begins with “Hitch Hikin’,” whose footloose narrator easily gets ride after ride (including one from a “gear head in a souped-up ’72,” to pin down the era). Next is “Wayfarer,” proclaiming chronic wanderlust as strings, horns, glockenspiel, women’s voices and even castanets arrive to cheer him onward.

But as usual for Springsteen, “Western Stars” doesn’t aim for comfort. Like his California-centered album from 1995, “The Ghost of Tom Joad,” its songs depict people who usually go unnoticed and who have little left to lose. The title song, “Western Stars,” is told by an aging actor — once a star of Westerns — who is still working, picking up women and occasionally getting recognized: “Once I was shot by John Wayne,” he sings. “That one scene’s bought me a thousand drinks.”

Many of the album’s characters are men trying to lose themselves in physical labor, to sweat out memories of a love that they failed to hold onto. “Hard work’ll clear your mind and body/The hard sun will burn out the pain,” Springsteen sings in “Tucson Train,” and that’s one of the few songs on the album that anticipates a happy ending. In “Drive Fast (The Stuntman),” amid keening strings that recall “Wichita Lineman,” the singer is a stuntman itemizing his broken bones and scars, reminiscing about a romance on a B movie set. And in “There Goes My Miracle,” there’s only the barest hint of a back story behind the loss: just an orchestral crescendo and a leaping melody, stately and bereft.

By the end of the album, the possibilities of escape and renewal have long since faded away. “Hello Sunshine” is both the album’s first single and its summation. The sound is cozy: major chords, a light beat like a cruising train. But Springsteen sings about how empty the endless road ahead had become: “Miles to go is miles away,” he warns, and his refrain is actually a plea: “Hello sunshine, won’t you stay?” The rhythm guitar is a pleasant rustle, the pedal-steel guitar lends a golden glow and the strings are a warm bath. Yet as soothing as they are, they’re nowhere near enough to make things right. 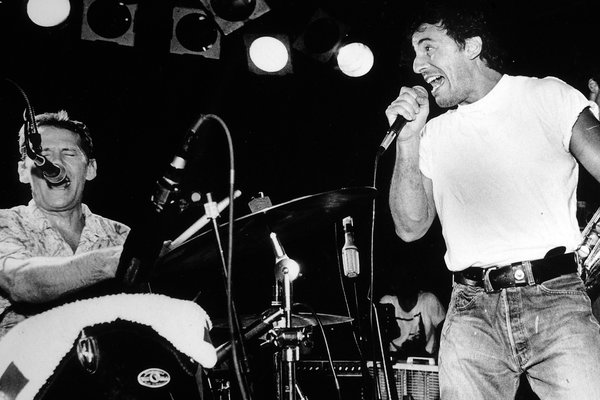 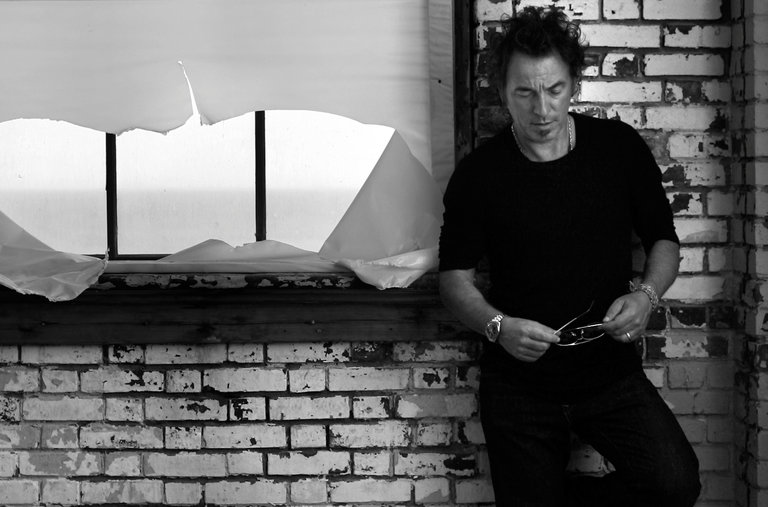 Jon Pareles has been The Times’s chief pop music critic since 1988. A musician, he has played in rock bands, jazz groups and classical ensembles. He majored in music at Yale University. @JonPareles

Hannah B.’s Quote About ‘The Bachelorette’ Making Her Stronger Will Make You Root For Her — EXCLUSIVE
Entertainment