Broadway’s success for years has been powered by soaring ticket prices, but now attendance is booming, too.

This past season, attendance was up 9.5 percent. And overall grosses rose even faster — up 10.3 percent, leading to the sixth record-breaking year in a row.

Those are significant developments for an art form ever-worried about its cultural relevance, and they are especially striking during a season dominated by an unexpected bounty of ambitious plays.

In all, 14,768,254 patrons saw Broadway shows last season, for a total box office gross of $1.8 billion, according to figures released Tuesday by the Broadway League, the trade association representing producers and theater owners.

Here are factors that explain why: 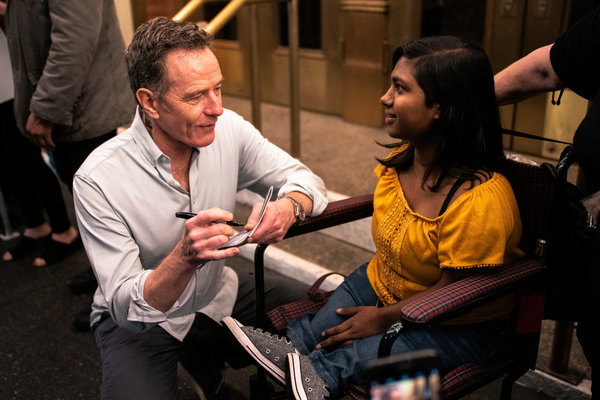 Last year, 65.1 million tourists visited New York, making for the ninth consecutive year of growth. And this year, 67.2 million people are expected, according to Christopher Heywood, a spokesman for NYC & Company, the city’s tourism agency.

Tourism is enormously important to Broadway because tourists (people who live outside the Greater New York area) make up 63 percent of those who attend Broadway shows, according to an annual study of audience demographics conducted by the Broadway League.

Broadway, with new offerings all the time, is one of the major draws for tourists, and is heavily marketed by the tourism agency, which twice a year invites shows to perform at conventions of travel planners.

Victoria Bailey, the executive director of the Theater Development Fund, a nonprofit that champions theater access and administers the TKTS discount booths, chalked up some of the attendance boom to the presence of well-known titles, which this season came to include “Pretty Woman,” “Beetlejuice” and “Tootsie.”

"One of the upsides to the preponderance of stuff from film catalogs is name recognition, so the fear factor is less,” she explained. “People are apprehensive if they don't know what they’re getting."

There were 72 Broadway shows to choose from over the course of the season — some long-running and some quite short-lived — including 38 musicals, 29 plays and five special events (most notably “Springsteen on Broadway,” which brought in $50 million during the season).

The diversity of offerings, ranging from jukebox musicals (“Ain’t Too Proud — The Life and Times of the Temptations”) to idiosyncratic plays (“Gary: A Sequel to Titus Andronicus”), helped broaden Broadway’s appeal.

“There’s more product than ever, and Broadway producers are becoming savvier marketers,” said David Binder, the producer of two of the season’s most popular plays, “Network” and “Burn This.”

The healthy array of plays — 21 of the season’s 34 openings — was heartening to those who worry about whether Broadway still has room for shows in which no one sings. Most of them were new and most written by Americans. And many of the plays got positive reviews and drew solid audiences.

Four so far have become profitable by recouping their capitalization costs: “The Boys in the Band,” “The Lifespan of a Fact,” “Network” and “To Kill a Mockingbird.”

“Mockingbird” was especially noteworthy because week after week it has been the top-grossing show that opened during the 2018-19 season, besting not only the other plays but also the new musicals. With a top ticket price of $497, “Mockingbird” has grossed $45 million and is poised for a long run.

Seven of the plays didn’t have to worry about profitability because they were presented by nonprofits, which, with a growing presence on Broadway, have helped stabilize the market for plays. And five of the plays, including “Mockingbird,” were presented by Scott Rudin, a commercial producer with an above-average appetite for new and risky work.

“In past seasons we had thought there was room for one big play and possibly one big star vehicle, if those two were not the same,” said Jordan Roth, the president of Jujamcyn Theaters, which operates five Broadway houses. “But this season brings us ‘Mockingbird’ and ‘Network’ and ‘Ferryman’ and ‘What the Constitution Means to Me,’ all of which have been doing really great numbers. So throw popular wisdom out the window — let’s just all do the best work we can and our audiences will respond.”

Shows are sticking around.

Attendance, obviously, goes down when theaters are empty. And this past season they rarely were.

What’s going on? Theaters are generally dark for several months between shows, to allow for removing one set, installing another, and doing technical rehearsals for the new production.

Broadway remains a flop-prone industry — about 70 percent of commercial shows fail financially — and the biggest moneymakers of the last year were, not surprisingly, big titles.

The top-grossing show of the season, by far, was “Hamilton,” which since its opening in 2015 has been shattering records thanks to its popularity and its aggressive pricing. “Hamilton,” which regularly charges $849 for center orchestra seats, grossed $165 million over the season.

The average ticket price for the season was $124. But those numbers were skewed by a few shows with especially high prices — “Hamilton” and “Springsteen” — while there were 40 shows with an average price below $101.

The most attended show of the season was “Wicked,” which, playing in Broadway’s biggest house, drew 753,146 people.

“We now live in an age of dominant titles, and consumer spending to back it up,” said Brian Fenty, the chief executive of the ticket-selling mobile app TodayTix. “Our collective job in the industry is to continue to push audiences to not only the blockbusters and sellouts.” 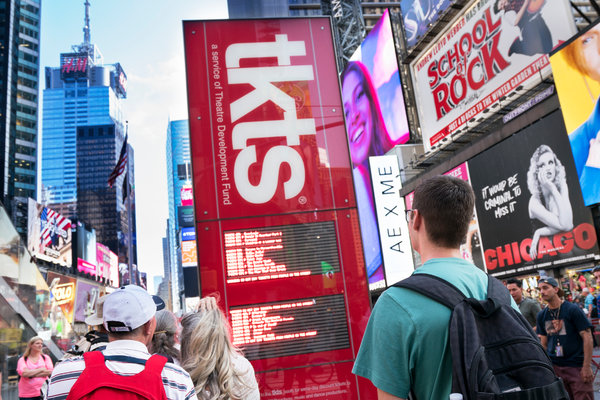 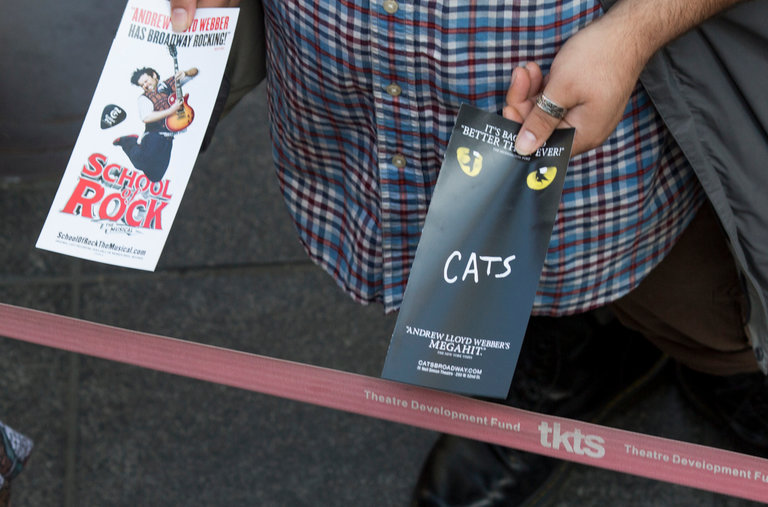 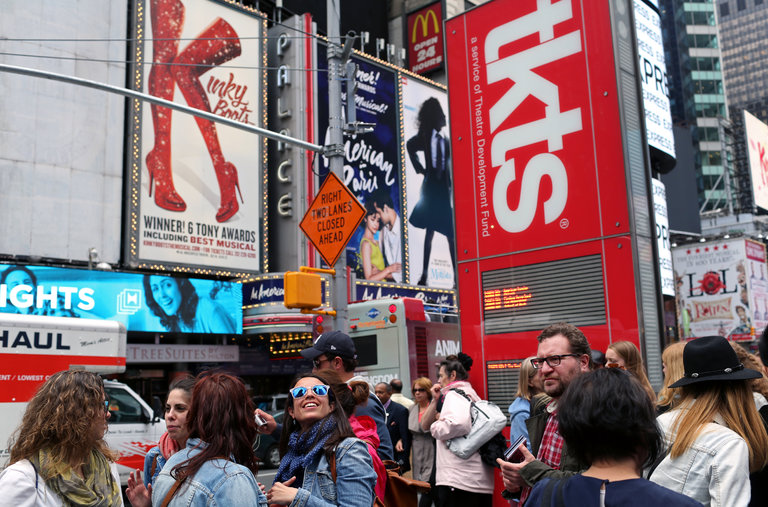 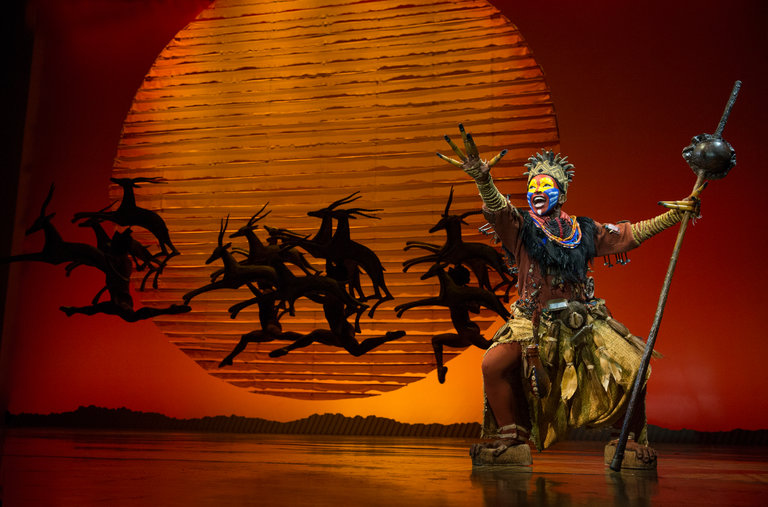 Your Daily Horoscope for Thursday, May 30
Entertainment