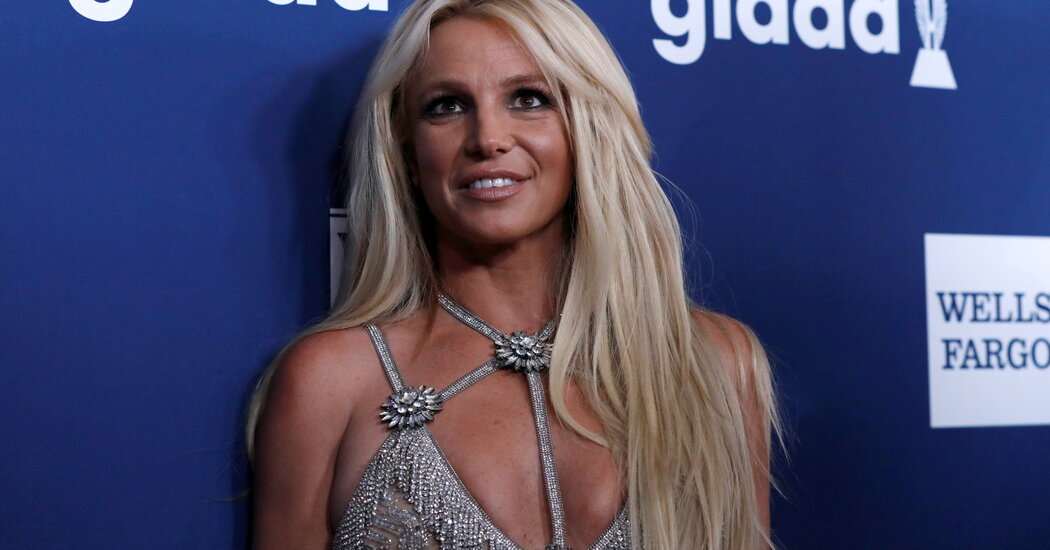 A lawyer representing Britney Spears in the conservatorship that has overseen her life for the last 13 years requested on Tuesday that he be allowed to step down, becoming the latest party to resign from the arrangement after Ms. Spears called it abusive at a hearing last month.

Samuel D. Ingham III, a veteran of the California probate system, has represented Ms. Spears since 2008, when a Los Angeles court granted conservatorship powers to the singer’s father and an estate lawyer amid concerns about her mental health and substance abuse. Mr. Ingham was appointed by the court after Ms. Spears, who was hospitalized at the time, was found to be incapable of hiring her own counsel.

At a hearing on June 23, Ms. Spears vehemently criticized the conservatorship, claiming she had been forced to perform, take debilitating medication and remain on birth control.

The singer also raised questions about Mr. Ingham’s advocacy on her behalf, in part because she said in court that she had been unaware of how to terminate the arrangement. Ms. Spears informed the judge that she wished to hire a lawyer of her own.

“I didn’t know I could petition the conservatorship to be ended,” Ms. Spears, 39, said in court. “I’m sorry for my ignorance, but I honestly didn’t know that.” She added, “My attorney says I can’t — it’s not good, I can’t let the public know anything they did to me.”

“He told me I should keep it to myself, really,” the singer said.

It is unknown what private discussions Mr. Ingham and Ms. Spears have had about whether or how she could ask to end the conservatorship. Last year, Mr. Ingham began seeking substantial changes to the setup on behalf of Ms. Spears, including attempts to strip power from her father, James P. Spears, who remains in control of the singer’s $60 million fortune.

Mr. Ingham’s total earnings from Ms. Spears’s conservatorship since 2008 are near $3 million; Ms. Spears is responsible for paying for lawyers on both sides of the case, including those arguing against her wishes.

Mr. Ingham did not immediately respond to a request for comment. In his filing, he asked the court to assign a new lawyer to Ms. Spears but did not elaborate on his reasons for withdrawing. The filing also included the resignation letter of a law firm, Loeb & Loeb, which Mr. Ingham had brought on recently to assist him.

The filing comes a day after Ms. Spears’s longtime manager, Larry Rudolph, also resigned. In a letter sent to Ms. Spears’s co-conservators, Mr. Spears and Jodi Montgomery, who is in charge of the singer’s personal care, Mr. Rudolph said that he had become aware that Ms. Spears had voiced an intention to officially retire.

Ms. Spears has not performed or released new music since 2018. In January 2019, she announced an “indefinite work hiatus,” canceling an upcoming Las Vegas residency and citing her father’s health.

In court last month, Ms. Spears said she had been pressured into those planned performances and a prior tour. She described being forced into weeks of involuntary medical evaluations and rehab after speaking out against choreography in rehearsal. “I’m not here to be anyone’s slave,” Ms. Spears said. “I can say no to a dance move.”

She told the judge, “My dad and anyone involved in this conservatorship and my management who played a huge role in punishing me when I said no — ma’am, they should be in jail.”

Last week, a wealth management firm that had been set to take over as the co-conservator of the singer’s estate requested to step down as well, noting the “changed circumstances” following Ms. Spears’s public criticisms. The firm, Bessemer Trust, said in a court filing that it had believed the conservatorship was voluntary and that Ms. Spears had consented to the company acting as co-conservator alongside her father.

STEPHEN GLOVER: Sajid Javid has made a mockery of his entire strategy

Daniel Kaluuya May Have Had a Small Role in 'Skins', But It's OK: He Ended Up in the MCU
Entertainment