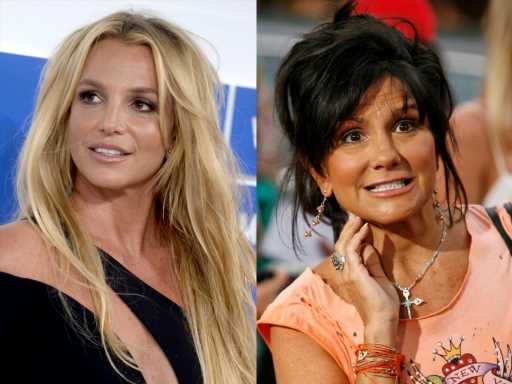 The drama between Britney Spears and her family just continues to unfold as the beloved pop star gets closer to the end of her restrictive conservatorship with each passing day. While we’d already been wondering if the legal battles between the “Toxic” hitmaker and her family would end with her conservatorship, controlled by her father Jamie Spears, it looks like the next chapter in Spears’ squabbles with her parents are taking a new turn — and this time, Britney’s mom, Lynne Spears, is in the driver’s seat. But this reported step to take advantage of her daughter isn’t sitting well with Britney at all, as evidenced by a recently deleted Instagram post.

Following Lynne’s Monday court filing in which she requested her daughter’s estate pay for Lynne’s attorney fees, Britney took to social media Tuesday night, where the pop star posted a since-deleted Instagram alleging how her mom has really treated her amidst her 13-year conservatorship. “My dad may have started the conservatorship 13 years ago … but what people don’t know is is [SIC] that my mom is the one who gave him the idea !!!! I will never get those years back …. she secretly ruined my life,” Britney reportedly alleged in her Instagram post, per Page Six.

Britney’s post seemed to come as a response to her mom’s recent court filing, and the frustration behind Britney’s words seem fairly justifiable. According to court documents obtained by Page Six, Lynne Spears filed a petition on Monday with a request to have her daughter’s estate pay for her attorneys’ fees amidst the entertainer’s public conservatorship battle. It’s worthing noting, as the outlet points out, that Lynne hasn’t had a formal role in the conservatorship case, though she is still considered a party of interest. And based on Britney’s post, Lynne’s role may have been more influential than we previously thought.

With her attorneys’ fees, Lynne has accrued roughly $660,000 in legal and “incurred costs” that her attorneys want to come “out of the conservatorship estate or assets on hand,” per Page Six. The phone calls, meetings, and document preparation from Lynne’s counsel at Louisiana’s Jones Swanson and Los Angeles’ Ginzburg & Bronshteyn clearly added up. And while Lynne’s team tried to paint the mom of two as a “very concerned mother” in Monday’s filing, Britney’s point of view offered a totally different picture.

With each new report and anecdote from Britney herself, it really seems like the singer’s family hasn’t offered the support she has clearly needed throughout the past decade. For Britney, it has to be crushing knowing that her immediate family might not have her best interests at heart, and seemingly want to reap the rewards of Britney’s years of hard work under unimaginable scrutiny. But now that she is getting closer to this bright new chapter in her life, she clearly won’t stand for anyone who takes advantage of her anymore.

Airbnb Recreated Carrie Bradshaw’s Sex And The City Apartment – And YOU Can Stay There FOR ONLY $23!
Entertainment