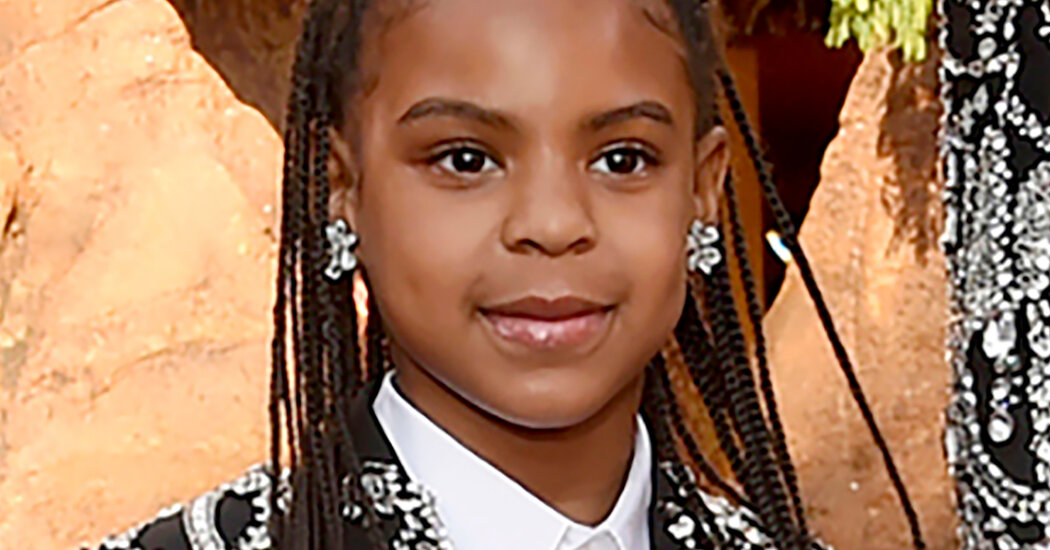 At only 9 years old, Beyoncé’s oldest daughter, Blue Ivy Carter, is already starting to follow in her parents’ footsteps, winning her first Grammy for her role in the music video for “Brown Skin Girl.”

The mother-daughter duo and their collaborators won in the best music video category, where they were up against videos featuring Future, Anderson .Paak, Harry Styles and Woodkid. “Brown Skin Girl” was part of Beyoncé’s “Black Is King,” a musical film and visual album that Jon Pareles, the chief pop critic of The Times, called a “grand statement of African-diaspora unity, pride and creative power.”

“Brown Skin Girl,” a celebratory anthem filled with familiar faces — including Lupita Nyong’o and Kelly Rowland — is replete with imagery of loving relationships between Black women: mothers and daughters, sisters, friends. Blue Ivy appears at the beginning, with a shot of her playing a hand clapping game with her mother. She later appears all dolled up like a debutante, wearing a string of pearls and white gloves.

The award was given out in the earlier Grammys ceremony that started at 3 p.m. Eastern time. Beyoncé has a big night ahead of her: She has nine nominations in eight categories, the most of any artist. Also included on the winners’ list for best music video is one of the directors, Jenn Nkiru, and the video producers: Astrid Edwards, Aya Kaida, Jean Mougin, Nathan Scherrer and Erinn Williams.

Your daily horoscope for March 15, 2021
Entertainment