The BBC has received more than 18,600 complaints about the use of a racial slur in a TV news report.

The N-word was used in a report about a racially-aggravated attack in Bristol, broadcast by Points West and the BBC News Channel last week.

The corporation has since defended the use of the word, but accepted it caused offence.

Broadcast regulator Ofcom said it received 384 complaints about the report.

In its fortnightly bulletin, the BBC said it had received 18,656 complaints about the incident by Sunday 2 August.

That makes it the second-most complained about incident since the BBC began using its current system in 2017. Only Newsnight’s opening monologue about Dominic Cummings in May received more, with 23,674.

The report, which aired on Wednesday 29 July, described an attack on a 21-year-old NHS worker and musician known as K or K-Dogg.

He had been hit by a car on 22 July while walking to a bus stop from his workplace, Southmead Hospital in Bristol. He suffered serious injuries including a broken leg, nose and cheekbone.

Police said the incident is being treated as racially-aggravated due to the racist language used by the occupants of the car.

A fourth man was arrested on suspicion of attempted murder on Tuesday.

In its response to complaints about the use of the N-word, the BBC said: “The victim’s family were anxious the incident should be seen and understood by the wider public.

“It’s for this reason they asked us specifically to show the photos of this man’s injuries and were also determined that we should report the racist language, in full, alleged to have been spoken by the occupants of the car.”

It added: “These are difficult judgements but the context is very important in this particular case. We believe we gave adequate warnings that upsetting images and language would be used and we will continue to pursue this story.

“The word is highly offensive and we completely accept and understand why people have been upset by its use. The decision to use the word was not taken lightly and without considerable detailed thought: we were aware that it would cause offence.” 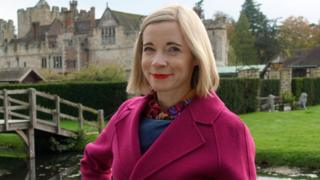 The BBC has also received a further 417 complaints about a separate use of the word during a history programme.

On Sunday, presenter and historian Lucy Worsley apologised after citing the N-word in her BBC show American History’s Biggest Fibs.

The programme first aired on BBC Four in 2019 but was repeated on BBC Two over the weekend.

After the repeat was broadcast, one Twitter user contacted Worsley to criticise her for using the N-word.

Replying to her, Worsley said: “You’re right, it wasn’t acceptable and I apologise.”

The complaints come amid ongoing concern and scrutiny of how the media and entertainment industry deals with issues of race.

After the Black Lives Matter protests earlier this year, sparked by the death of George Floyd in police custody, several TV and film stars have apologised for their previous use of blackface or racially insensitive language.