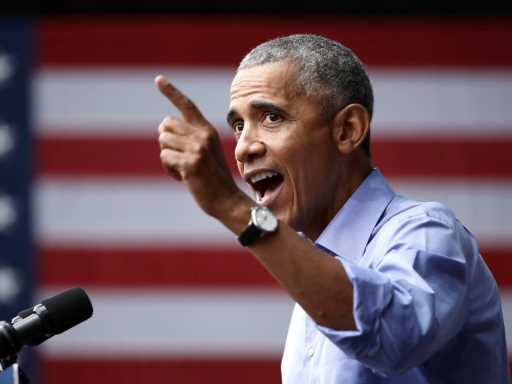 Barack Obama: father, husband, former POTUS, and podcaster (possibly in that order), took us down the winding road of his and Michelle Obama’s romance once again on his Renegades: Born in the USA podcast with Bruce Springsteen, explaining how being raised by his mother and grandmother affected what he eventually found attractive about wife Michelle. But Barack, unfortunately, wasn’t just taking the time to extol Michelle’s virtues, opting instead to describe a certain kind of relationship that, in comparison, would “bore” him or be hard to take seriously. In an otherwise thoughtful episode on how Barack and Springsteen had worked to learn from their own childhoods and become the fathers and husbands their families deserved, we just wish this (yeah, slightly sexist) dig at other relationship dynamics hadn’t made the cut. 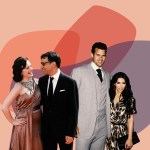 
The Shortest Celebrity Marriages You Probably Forgot About

Barack has spoked on this podcast before about the absence of his dad growing up, and the looming sense of responsibility he’d always felt was attached to marriage and serious commitment. With Michelle, however, those burdens started to seem less frightening, partly because her directness and challenging nature reminded him of home.

“I was under no illusions that the family life I would have would be one in which I could sit back and just be the lord of the manor and have her doting on me, fixing my meals.That just was not going to be an option,” he told Springsteen. “Maybe because in my family it was my mother and my grandmother who were the adult figures that I both relied on most and respected most that it was natural for me to see women as my equals, as my friends, as my partners in work or play. It also meant that the kind of relationship where a woman is just batting her eyes at me and telling me how wonderful I am… I’d get bored. Right? Or I just couldn’t take that seriously because, well, that certainly wasn’t who my grandmother was and that wasn’t who my mother was.”

Maybe it’s just the phrase “batting her eyes,” but we’re giving this comparison a big old “hmm.” There is a rich history of men using variations of “you’re not like other women” to compliment one specific woman, a gesture that both reminds women we should expect to be ridiculed and encourages further divisiveness between us. Barack Obama is not responsible for that history, but he nonetheless invokes it when he describes on the one hand a woman full of empty flattery and long eyelashes, and other other hand, Michelle.

Barack Obama has been lightly teased on the internet before for how he writes about relationships or would-be relationships that predate Michelle after the released of his 2020 memoir A Promised Land, in which he describes the books he would read to try and woo college interests including a “long-legged socialist,” “the smooth-skinned sociology major who never gave me a second look,” and the “ethereal bisexual who wore mostly black.”

As he notes on the podcast, he was not oblivious these prospects looked. And while there’s nothing wrong with that, there’s also nothing wrong with just not describing your interest in women like you’re prepping for your own season of The Bachelor on your new podcast. Barack is happily coupled up and does not need to be out here talking about how much he cares about looks vs. personality in his dating life, especially if he’s going to suggest that dating a less commanding woman than Michelle would somehow be settling for a subpar relationship.

Don’t get us wrong: Barack and Michelle’s marriage is an institution, to quote Karen Huger, and there’s nothing wrong with Barack taking a stroll down memory lane. When it comes to talking about his prior love interests, though, he can’t seem to stop putting his foot in his mouth.

Before you go, click here to see the best presidential love stories in US history.

These ‘Heavenly Soft’ Sheets Have Over 13,000 People Obsessed — and Prices Start at Just $50
Entertainment