Home » Entertainment » At MoMA, Home Movies That Reveal the World At MoMA, Home Movies That Reveal the World

The reopening of the Museum of Modern Art on Monday will bring new film retrospectives and the return of regular moviegoers to their favorite seats. But good luck entering the theaters without stopping short. “Private Lives Public Spaces,” the new video exhibition at the galleries outside the two main movie auditoriums, boasts around 47 hours of footage running on loops on 102 screens. The installations constitute a season of programming on their own.

Drawn from MoMA’s archives, the loops are of home and amateur movies — “the largest body of unseen and underappreciated moving-image work on film,” in the museum’s formulation. These movies were for the most part not intended for viewing by the public, let alone alongside other works, and taken together they run the gamut from amateurism to outsider art, from arcana to valuable additions to the oeuvres of established experimental filmmakers.

While the films have been loosely organized by theme (celebrities, families, politics), the exhibition presents them with minimal commentary. This is partly because of a lack of information on orphan works, but it also has its benefits. The movies are allowed to speak for themselves, a mode that encourages a museumgoer to assume the roles of detective and historian.

Descending the escalator, you confront — in explosive fashion — a wall of MoMA’s own home movies. “Nitrate Storage Cabinet Tests” (1994), which was shot outdoors, shows reels of flammable nitrate film stocked in different types of cabinets; the museum was trying to determine the best way to store the combustible material. Fuses are lit, and the cabinet either keeps the fire relatively contained, or a cloud of smoke engulfs the image, and the grass below gets singed. 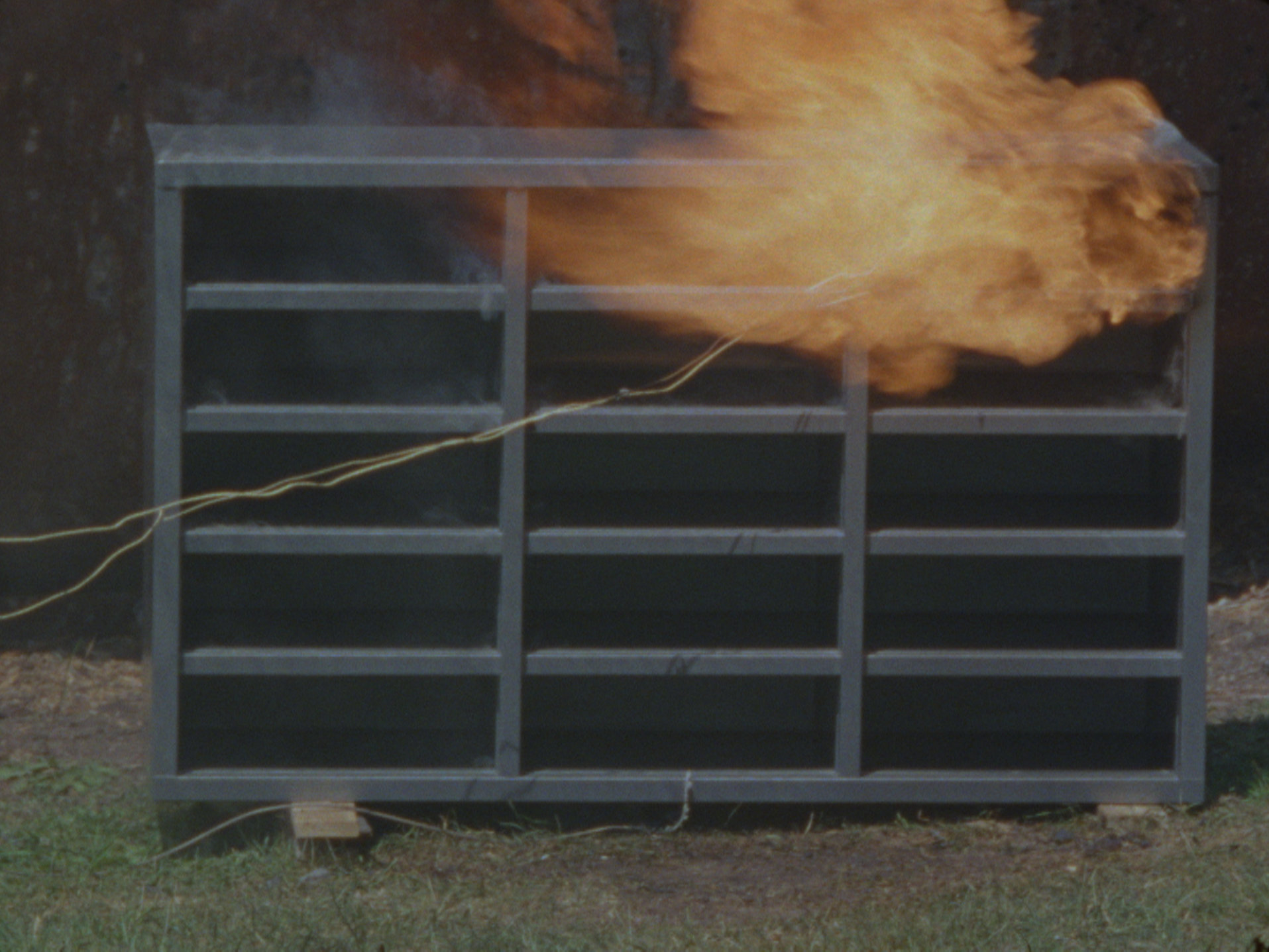 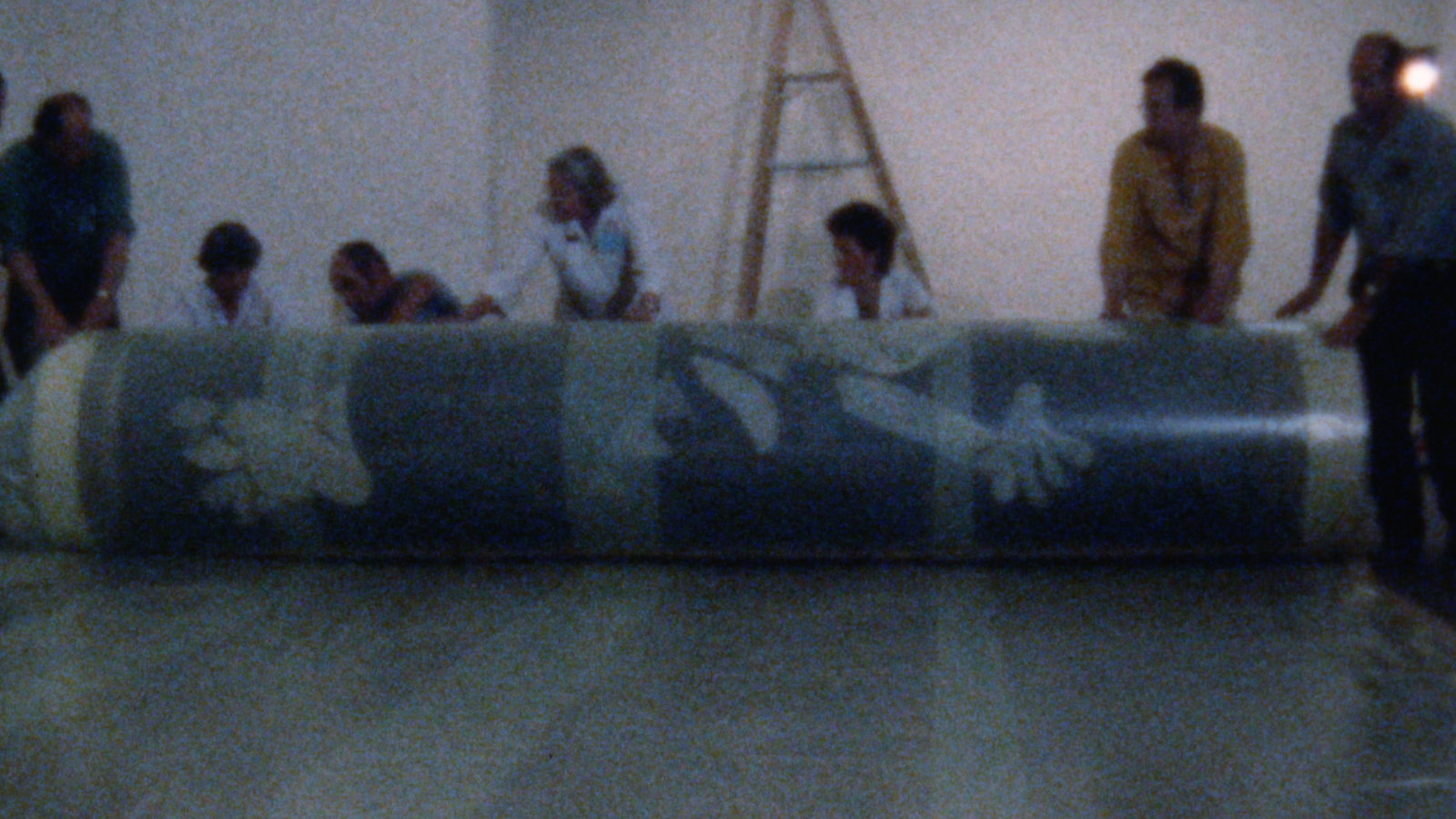 Next to it, footage of the packing up of “Guernica” for return to Spain in 1981 plays on a giant screen. A 1954 film attributed to the museum’s publicity department — of Andean art lent to the Legion of Honor in San Francisco being packed up for transport back to MoMA — now doubles as a documentary record of that California city, as trucks carrying crates labeled “WORKS OF ART” cross the length of the Bay Area peninsula to reach the railroad.

These images are ghostly in more ways than one. Nitrate film hasn’t screened at the museum for nearly 20 years. And while every work on display originated on celluloid, all of these are digital scans — in some cases, by filmmakers who have long resisted showing their works on a medium other than film. But Nathaniel Dorsky’s 1987 film “17 Reasons Why” has become a riveting four-monitor installation, a collage of nature, commerce and color filled with mirroring and rhyme effects.

Categorizing a work by Dorsky, a leading light of the experimental-film world, as a home or amateur movie feels like cheating; he is a known artist, and “17 Reasons Why” has screened publicly before. But accidental avant-gardism can be seen in “New York,” circa 1981 and credited to Victor Ginsburg. This deliriously expressionistic film captures the rain-soaked, neon-lit streets of Times Square and a diner in Chelsea. In other reels, Ginsburg evocatively frames the Statue of Liberty in the distance through a hole in a Spanish-language no-trespassing sign. A woman in a sailor hat dances in Liberty State Park in New Jersey in what looks like a scene from a musical. (Most of the films are silent, although snatches of songs and voices — like Ted Kennedy at a 1980 campaign rally filmed by the father of the MoMA curator Rajendra Roy — reverberate throughout the gallery.) 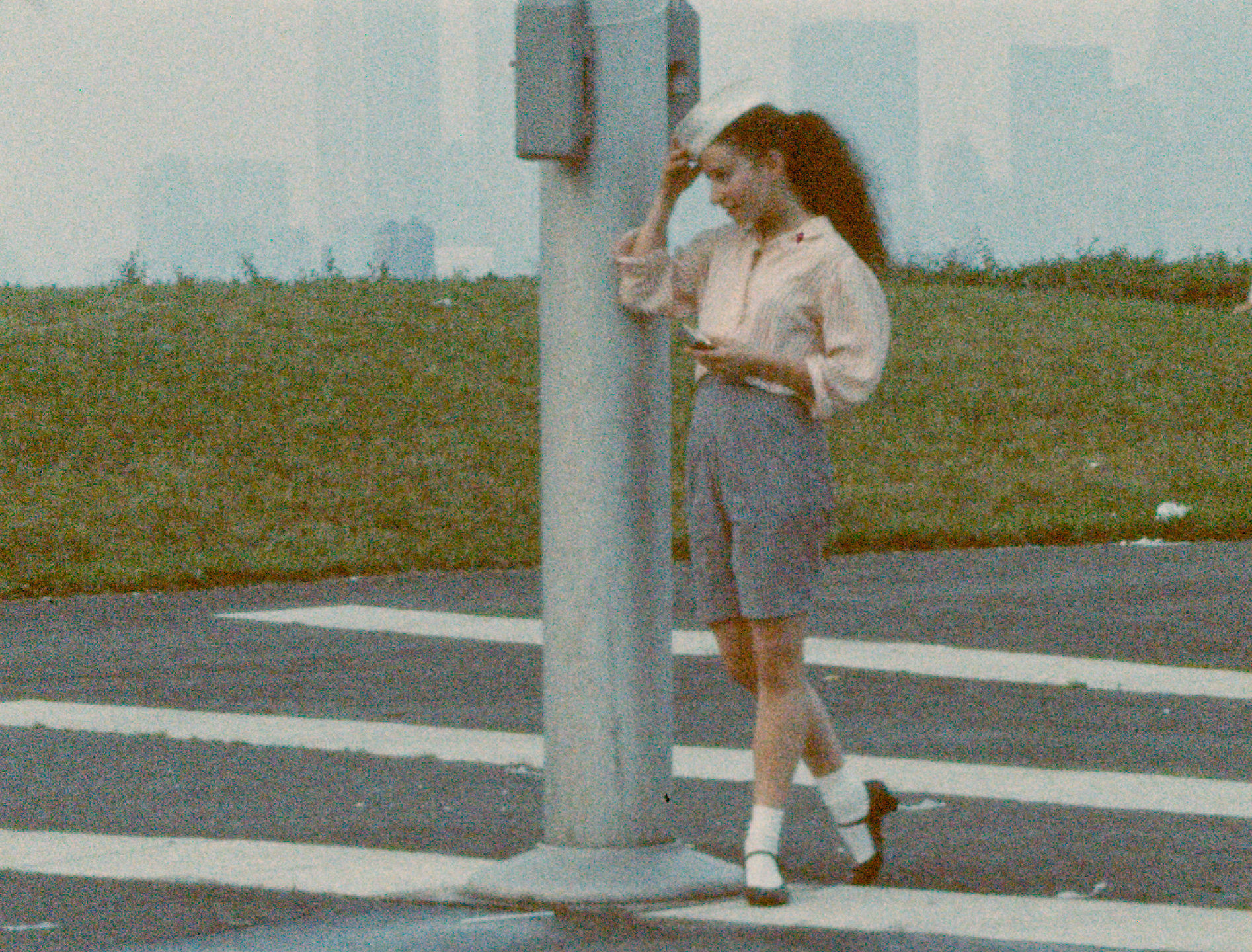 According to the curator Ron Magliozzi, the museum knows little about Ginsburg, but of course that is the nature of an exhibition effectively culled from the institution’s own attic. On a tour of the show, Magliozzi suggested that amateur movies can constitute a “record of diversity and difference” that Hollywood films of the equivalent time periods often worked to obscure.

One of the highlights is a loop of nearly three hours of home movies by the Jarret family of Pittsburgh. There is nothing overtly special about much of what they depict — birthdays and other celebrations, family members dancing at home, an excursion to a beach or a ride on a roller coaster — but for the fact that these films (and probably not too many others) serve as a record of life in Pittsburgh’s historically African-American Hill District from 1958 to 1967.

Many of the movies in this exhibition were not stored carefully over the years, and the degradation of this particular film, shot on 8-millimeter, is in its own way poignant, an almost literal illustration of the concept of erasure. At times, the image dissolves into a Jackson Pollock-like abstraction. During a fall street festival, residents of the Hill District and the scenery of the neighborhood compete with the imperfections of the film stock.

The show invites questions of who had access to cameras and when. It’s no surprise to see, for instance, a home movie circa 1915 from the Pathé family, pioneers in film production. You are repeatedly prompted to question the definition of a home movie, especially the ones shot — in a credited or uncredited way — by a professional cameraman. 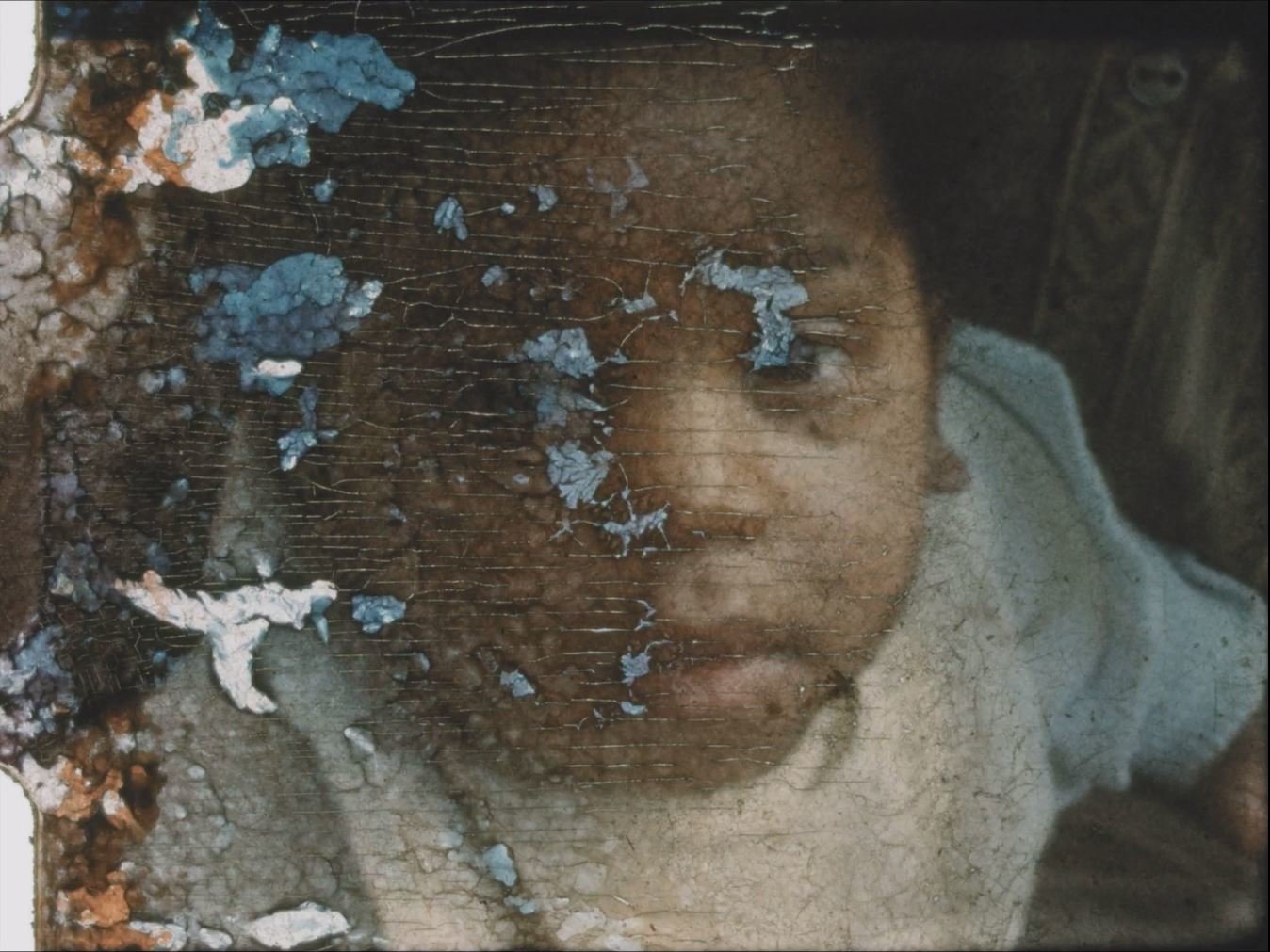 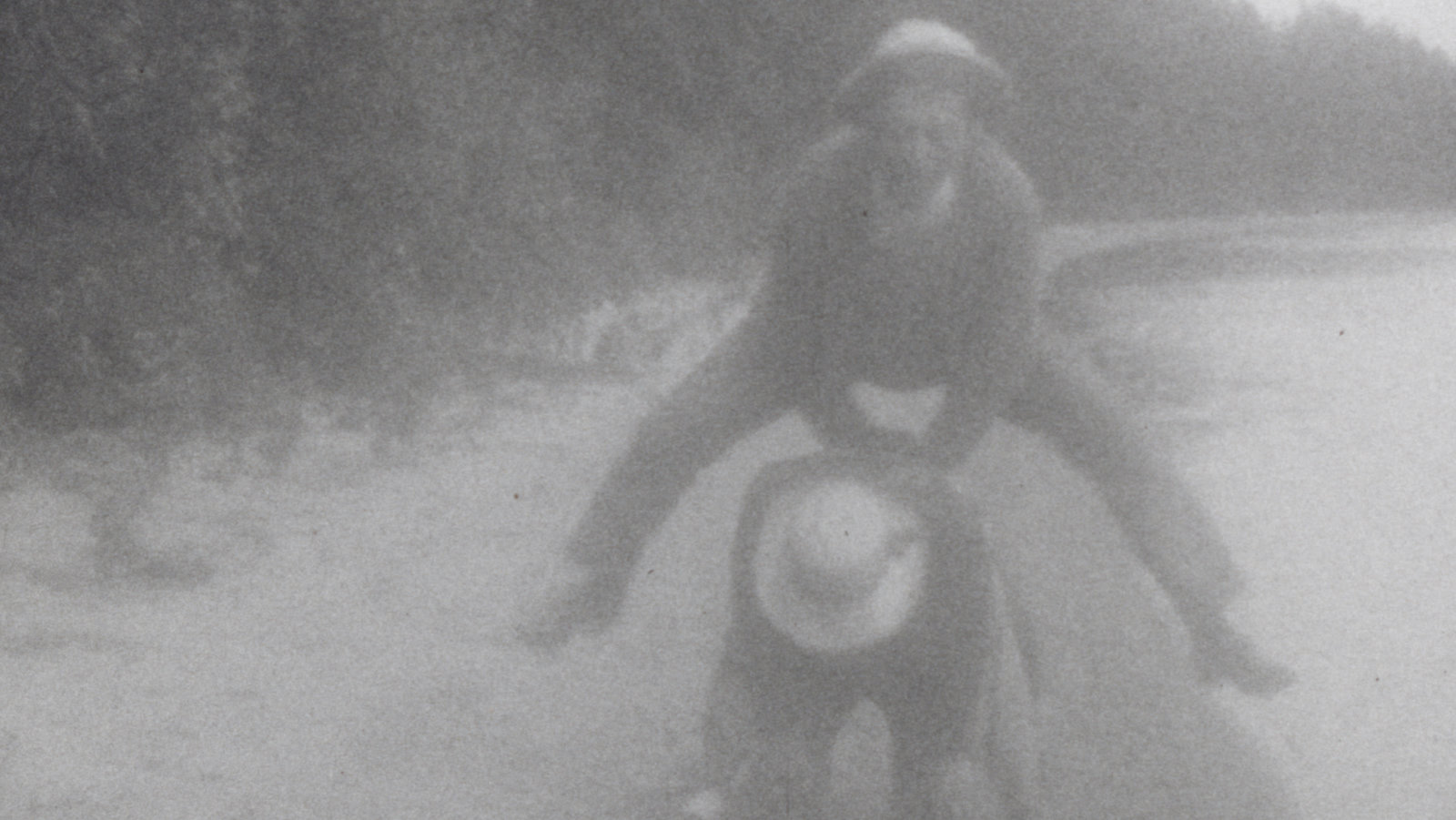 A 1927 film from the industrialist Wise family of Cleveland shows Samuel Wise and his friends comically “roughing it” on a lake in Canada. The silent-film actress Colleen Moore looks to have been a cutup on her own time, posing with a St. Bernard in a convertible. In a film from about 1928 of a garden party hosted by the German screen star Conrad Veidt the actor Emil Jannings has the presence to the enter the frame with a dog under each arm, and Greta Garbo smiles (she doesn’t quite laugh) while playing with a child. Douglas Fairbanks Jr. and his wife, Mary, as Hollywood royalty, were able to add titles and intertitles to “A Personal Production,” a film of their baby — one of relatively few movies here shot in the decidedly non-home format of 35 millimeter.

As you walk through the exhibition, lines between professionalism and dabbling seem to dissolve. Are we watching editing or simply a camera being started and stopped? Are these superimpositions deliberate or accidental? Does it matter?

Because the works have different running times, they are bound to align in different ways for different visitors. But catch two clips in your eye at just the right moment, and bits of happenstance emerge. Trucks depart museums simultaneously in 1937 and 1954. The 1942 Ice Follies filmed by Russ Meyer — who knew the king of the nudies (“Beyond the Valley of the Dolls”) shot wholesome home movies? — are met with a response from Sesame Street characters figure-skating in another part of the room (in a film of a “dream trip” by an unidentified filmmaker).

The possibilities for connections are almost infinite. And at its best, “Private Lives Public Spaces” unfolds like rediscovered film history.

7 Dance Performances to See in N.Y.C. This Weekend