Ashton Kutcher made his way to the Clara Shortridge Foltz Criminal Justice Center in Los Angeles on Wednesday in order to once again give his testimony as part of the criminal trial of alleged serial killer Michael Gargiulo. Kutcher testified about his relationship with Lindsay Ellerin, one of Gargiulo’s alleged victims, and the events of the night she was murdered in relation to his whereabouts.

As reported by People magazine, Kutcher took the stand on Wednesday morning local time. Once again, Kutcher repeated his testimony about what happened, from his perspective, on the night that Ellerin was murdered. At the time, Ellerin was living in Los Angeles and studying at L.A.’s Fashion Institute of Design and Merchandising. Past reports, including our own, incorrectly characterized her relationship to Kutcher by saying she was his ex-girlfriend. In Kutcher’s testimony from Wednesday, he identified Ellerin as a friend and the two were planning to go on their first date the night that she was murdered. 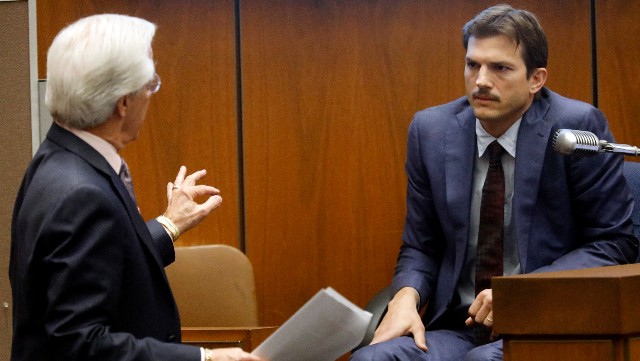 Kutcher went over to Ellerin’s home on the evening of February 21, 2001 to pick her up for their first date. According to Kutcher, the two had spoken on the phone earlier in the evening, but when Kutcher tried to get in touch with her closer to the time he was supposed to pick her up, she wasn’t answering. Kutcher then went to her home around 10:30 p.m. to pick her up but she wouldn’t answer the door. The actor apparently tried to see into her apartment to see if she was home but saw nothing and left. Kutcher testified that, at the time, he “just assumed she had gone out with her friend and bailed” when she didn’t come to the door.

During his testimony, Kutcher recalled his response to finding out Ellerin had been murdered, noting, “My fingerprints are on this door and I was freaking out. I told [an officer], ‘Let me tell you what happened.’” His time on the witness stand lasted around 40 minutes. Kutcher is just one of approximately 100 witnesses who have been asked to testify in Gargiulo’s trial. Gargiulo has been deemed by prosecutors to be a “serial sexual-thrill killer,” allegedly stalking and stabbing his victims, all women who lived near him, during his active period.