Home » Entertainment » Amazon Music and Spotify are both reliable music streaming services, but Spotify's personalization features make it a better fit for most people 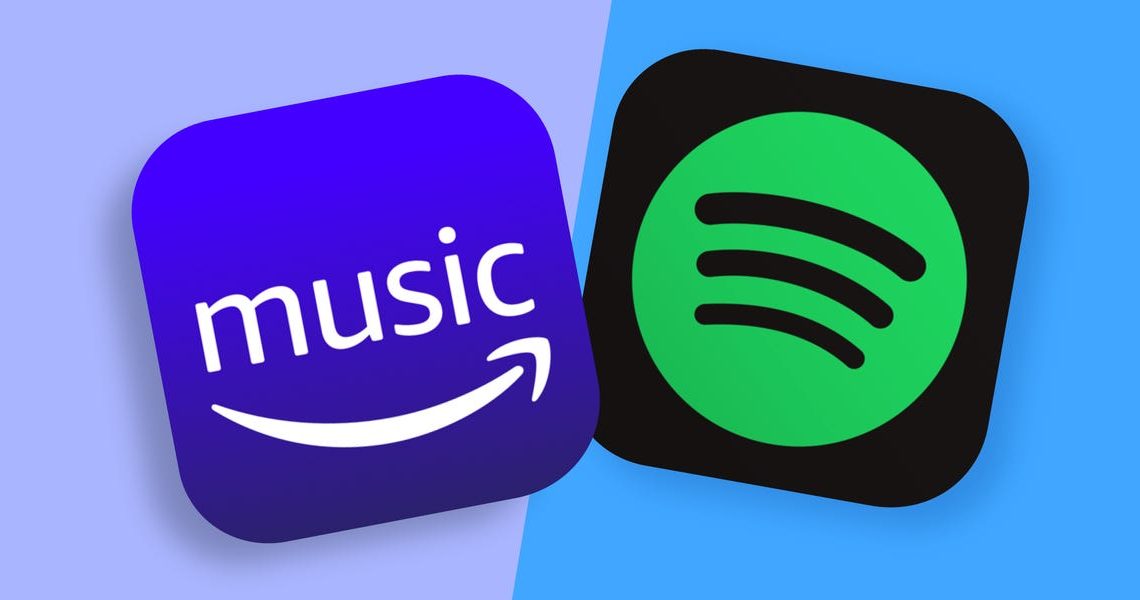 Amazon Music and Spotify are both reliable music streaming services, but Spotify's personalization features make it a better fit for most people 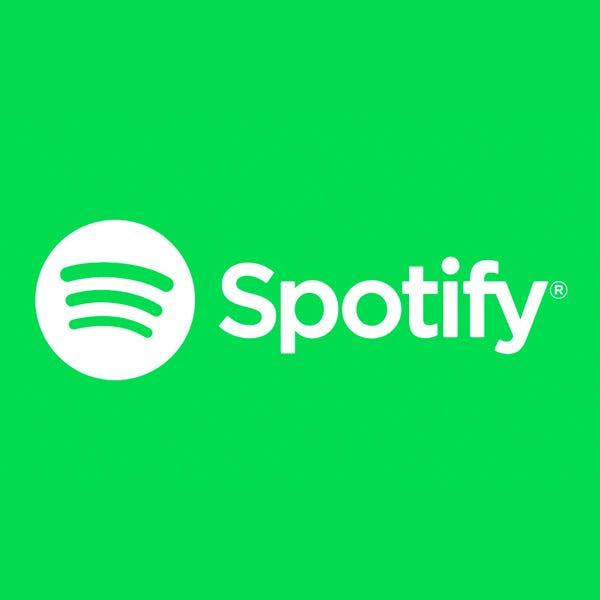 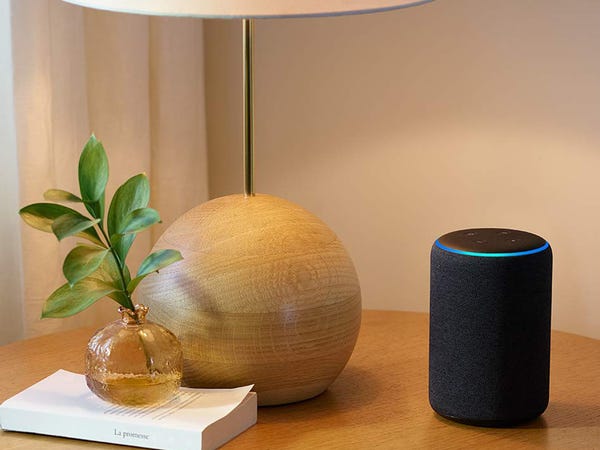 Both Spotify and Amazon Music can be used for free, but the free tiers are significantly limited and largely amount to Internet radio on mobile. As is common, both services allow for 30-day trials to test their paid versions.

The paid plans and pricing for Spotify are streamlined compared to Amazon. Plans include: Free, Premium, Premium Duo, Premium Family, and Premium Student.

For ad-supported playback, Spotify’s base plan is completely free. Spotify lets you listen to any song for free through its desktop app, but the functionality is offset by constant interruptions by ads.

Amazon Music, on the other hand, features several different levels of plans: Free, Included with Prime, Unlimited, Echo, and HD.

Amazon Music’s free option doesn’t let you listen to specific songs on-demand, whether on mobile or desktop, and instead offers an experience more like streaming radio with thousands of stations. Ads are also included. For on-demand and ad-free streaming you need Amazon Prime Music or Amazon Music Unlimited.

Amazon Prime Music offers on-demand access to more than 2 million songs. Though that’s better than the free version, Prime Music doesn’t have all of the newest releases or everything you may want to listen to at any given time. Still, it does contain enough on-demand music to satisfy many Prime members who don’t want to pay extra.

For those that do want a larger music selection, there’s the Amazon Music Unlimited option. Amazon Music Unlimited is the equivalent of Spotify Premium. This plan is $10 a month (or $8 a month for Prime members), and provides on-demand listening to Amazon’s complete music library — which is currently listed at around 60 million songs. Prime members can also choose a Family plan for $15 per month with support for six people.

One of the most interesting plans is Amazon Music’s single device plan — or its Echo plan. You can give a single, eligible Echo device access to Music Unlimited for $4 a month (instead of the standard $10). This is great for people who only want to listen to all their music on a single device in their home, rather than on-the-go.

There’s also an Amazon Music HD tier designed for audiophiles. This plan takes Music Unlimited access and adds CD-quality streaming with about double the bitrate of the standard offering, and Ultra HD for a select portion of the song catalog. Ultra HD streams at 24-bit and 192 kHz which is about 10 times the standard bitrate. The HD plan is $15 a month (or $13 for Prime members). A family HD plan is also available for Prime members at $20 per month.

For a limited time, Amazon Music HD is offering a discounted $8 rate for the first three months. If you don’t think the higher quality audio is worth it after that period, you can simply cancel the plan before the regular pricing kicks in.

Amazon Music HD’s higher bitrates will be noticeable for some people, but to fully take advantage of the increased sound performance you’ll need expensive speakers. Plus, most people have a hard time distinguishing a difference in sound quality beyond typical 128 or 256 Kbps streaming bitrates. 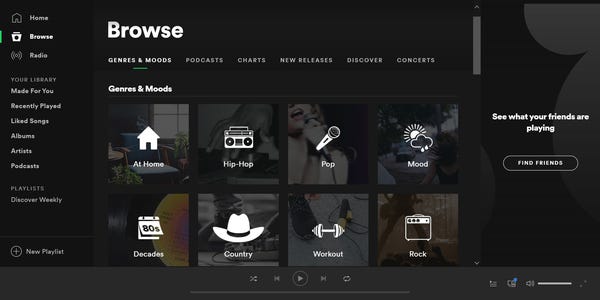 The look and feel of both streaming services is largely similar. In fact, the designs of most major streaming services have melded together pretty closely. If you’ve used one before, you’ll have no problem adapting to another one. Amazon and Spotify each feature a navigation bar across the bottom of their mobile apps with a home screen, search, and collected library of music.

The free tiers both provide limited options for listening, but in terms of the look and feel of each mobile music app, there are few major differences or reasons to consider one over the other.

While most people use music services through their mobile devices, both Spotify and Amazon Music do offer desktop apps as well. This is where the two experiences differ. Spotify’s desktop app is decent and has been refined over more than a decade.

The Amazon Music desktop app, on the other hand, is very utilitarian. The interface on a Mac is unintuitive and completely unlike its mobile app counterpart. For instance, the design makes it difficult to use the listening queue mechanism.

Amazon Music’s web interface is better and simpler to use. In Spotify’s case, it’s definitely an advantage to have such a solid desktop app. 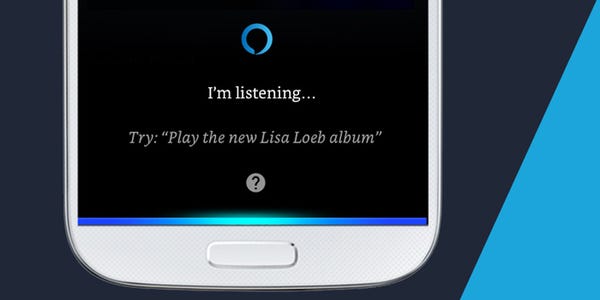 On a macro level, Spotify and Amazon Music are closely aligned. For example, the catalog of songs available to listen to hardly varies at all, and any exclusives are mostly negligible. Each service does have its own set of features to set itself apart though.

For Amazon Music, its mobile app includes its Alexa voice assistant built-in. This functionality means that all music controls can be performed via hands-free voice commands. Plus, the version of Alexa accessible through the music app can also perform other skills. For example, you can ask Alexa to turn on and off the lights the same as you would through an Echo.

The app’s other main feature includes what Amazon has branded X-Ray lyrics — just like its X-Ray feature for video content. This is a neat and genuinely helpful feature. The lyrics scroll by as the song plays for a karaoke-like experience. Like Apple Music’s lyric feature you can also click on any words to automatically skip to that section.

For subscribers with an Amazon Music HD plan and an Echo Studio speaker, you’ll also be able to play 3D music from select Sony, Universal, and Warner artists. The 3D music is described as adding space, clarity, and depth to the audio content. At this point, however, since the feature is limited to a small collection of songs and a specific speaker, 3D music shouldn’t really be a deciding factor for most people choosing between Amazon Music and Spotify.

Though Amazon Music’s various features are appealing, Spotify still has a clear edge when it comes to its great music algorithms, which the service puts to use in the form of personal playlists. “Discover Weekly” and other automatic and personal playlists definitely set the music service apart from others. If you don’t know what to listen to, you don’t have to suffer through generic radio.

Spotify also features integrations with Google Maps and Waze, as well as a dedicated car interface with big buttons to keep your music listening safe on the road. The service has become a social network over the years and allows you to follow friends and easily share music back and forth. This works well because it’s the world’s largest music platform and has the most listeners who will gladly click on a link you share.

A few years ago, the question of whether you should use Spotify versus Amazon Music was an easy choice. Now in early 2021, that choice isn’t as clear cut. The good news is that both services offer compelling features at reasonable prices.

Ultimately, Spotify will be the best choice for most people. While Amazon Music has a wider assortment of pricing options which may fit a specific need more than Spotify, those who just want convenient music streaming will likely be more than satisfied with Spotify’s streamlined offerings. Amazon Music is an appealing option for people who are already Prime members, but Spotify is a better fit if you’re not interested in paying for other Amazon perks.

For the standard $10 a month price, Spotify provides a feature-rich experience that covers all you can listen to across mobile, desktop, and connected speakers.