Home » Entertainment » Air Pollution Takes a Toll on the Brain 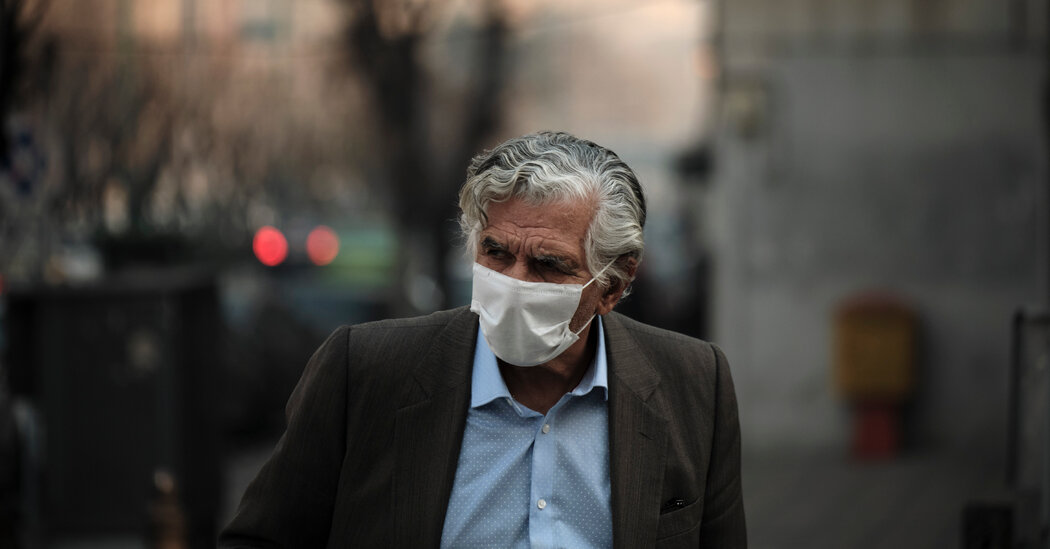 Air Pollution Takes a Toll on the Brain

Long-term exposure to air pollution has many health consequences, including accelerating brain aging and increasing the risk for dementia. Now new research suggests that short-term exposure to polluted air, even at levels generally considered “acceptable,” may impair mental ability in the elderly.

Scientists studied 954 men, average age 69, living in the greater Boston area. The men were tested at the start of the study and several times over the next 28 days using the Mini-Mental State Examination, or MMSE, a widely used test of cognitive ability. The test includes simple questions like “What year is this?” and “What season is it?,” and requires tasks like counting backward by sevens from 100. Correctly answering fewer than 25 of its 30 questions suggests mild dementia.

Over the month, the researchers measured air levels of what’s known as PM 2.5, particles of soot and other fine particulate matter with a diameter of up to 2.5 microns, small enough to enter the lungs and move into bloodstream. There is no safe level of PM 2.5, but the Environmental Protection Agency considers air acceptable when it is under 12 micrograms per cubic meter. During the testing period, PM 2.5 levels in Boston averaged 10.77.

Higher PM 2.5 was consistently associated with lower test scores. In weeks with the highest levels of air pollution, the men were 63 percent more likely to score below 25 on the MMSE than in weeks with the lowest levels. The study, in Nature Aging, adjusted for age, B.M.I., coronary heart disease, diabetes, alcohol consumption, smoking, high blood pressure and other factors.

Dr. Andrea A. Baccarelli, the senior author and a professor of environmental science at the Columbia Mailman School of Public Health, said that these short-term effects may be reversible. “When air pollution goes down,” he said, “the brain reboots and goes back to normal. However, if repeated, these episodes produce long-term damage to the brain.”

“Some of these particles come from natural sources — sea salt, for example, soil and pollen,” Dr. Baccarelli added. “We’ll never be completely free of them. But the ones generated by humans are much worse. The good news is that we’re at a point where we have the technology to reduce air pollution even further.”

In a finding the researchers described as “intriguing,” they discovered that men taking NSAIDs — aspirin and other nonsteroidal anti-inflammatory drugs — were partially protected from the negative cognitive effects of pollution. They speculate that NSAIDs may reduce the inflammatory response to pollutants in the brain and nervous system.

“This is an impressive study,” said Robert M. Bilder, a professor of psychiatry and psychology at the University of California, Los Angeles, who was not involved in the work. But, he said, the study is observational and not a randomized trial, so does not prove cause and effect. Moreover, it was done only in older white men, many of whom were overweight or had a history of smoking. “Given the established risks of PM and other environmental hazards on cognition, and particularly given their disproportionate impacts on racial and ethnic minority communities,” he said, “we urgently need research that goes beyond the study of white men.”

Dr. Bilder pointed out that “the study reveals a potentially important interaction between the use of NSAIDs and exposures to environmental risk. We need controlled clinical trials and further basic research to specify the mechanisms through which the NSAIDs may work.”

Dr. Baccarelli agreed. “I would love to do a randomized trial to see if there is a real benefit,” he said. For now, “anything that promotes a healthy lifestyle helps protect against air pollution. A healthy diet helps. Physical exercise helps. But I wouldn’t tell anyone to take aspirin for protection against air pollution.”