Home » Entertainment » After 40 Years, a Luminary of Theater’s Avant-Garde Departs 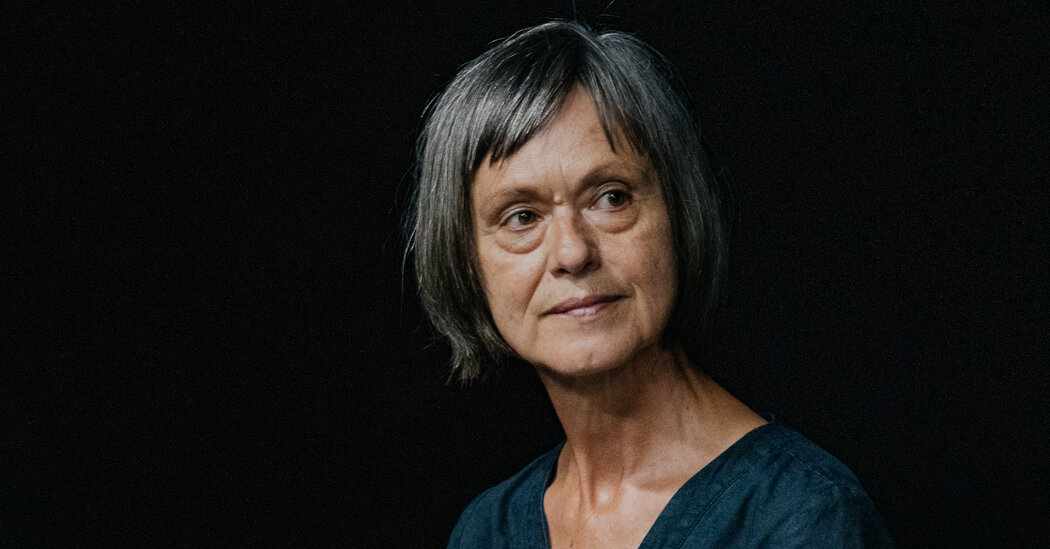 After 40 Years, a Luminary of Theater’s Avant-Garde Departs

When Blanka Zizka retired from her post as artistic director of the Wilma Theater at the end of July, it was truly the end of an era.

“I have been at it for 40 years,” Zizka said in a video interview from Philadelphia, where the company is based. “That’s a long time.”

Zizka and her husband, Jiri, were born in Czechoslovakia, where they immersed themselves in the underground scene of late 1960s and early ’70s, notably the work of innovative titans like Jerzy Grotowski and Tadeusz Kantor. The couple eventually emigrated to the United States and then landed at the Wilma Project in 1979, becoming artistic directors in 1981. They divorced in 1995, and she became the sole artistic director of the renamed Wilma Theater in 2010.

And now, at 66, she will be its artistic director emeritus.

Throughout the Wilma’s history, the Zizkas championed demanding work by directors and playwrights. The theater has had a fruitful association with Tom Stoppard, for example, who described Blanka in an email as “an intellectual steeped in theater language; a ‘writers’ director’ but freethinking in what she wants the audience to see.”

The Wilma also often put on visually daring productions that stood out from the comparatively naturalistic fare by many regional companies. In recent years, Blanka also encouraged the resident acting company, the HotHouse, to explore experimental techniques and pushed artists to supersize their ambitions. (She will continue to work 20 hours a month over the next two years, some of which she said she is likely to spend with the HotHouse).

“She taught me, as a young, queer, Black artist in the theater, that I could write Black queer stories at the scale that she was directing,” said James Ijames, who is now one of the Wilma’s artistic directors, with Yury Urnov and Morgan Green. “She just really blew open what I thought was possible.”

In the video interview, Zizka shared the joys and frustrations of her years running a regional American theater company. Here are edited excerpts from the conversation.

Why leave the Wilma now?

I started to think about it very strongly last August. Suddenly, I was spending some time with my son, who is now 44 and lives in Bellport, N.Y. I was always feeling so guilty about him because I felt I’ve never been a great mom; theater was always my first priority. It’s hard to say, but that was the reality. So it was kind of a reunion, in a beautiful way. I also spent two or three hours a day biking in wetlands and I realized: Oh my God, I’ve been living all my life in a space without windows. I started to feel something that I have not felt since I was about 15 or 16, this sense of freedom and of loving beauty and colors in nature. And I felt I need to experience it more before I kick the bucket [laughs].

And yet in a 2015 interview, you said: “I feel that, professionally, if I’m lucky, I have, like, 10 years. There is not a history of old women running theaters.” Did you defiantly plan to stay on for another decade at the time?

I said that exactly out of those feelings, but I don’t feel it anymore. I feel like that if I had wanted to stay at the Wilma, I could have. I have the energy, I have the interest. I didn’t lose the love for theater, for sure. But I need to go a different way. And there is also the danger of becoming your own prison for anybody who works in an institution for a long time.

What were your earliest memories of American theater, having grown up behind the Iron Curtain?

I never studied at university. I was working as a cleaning woman in the library during the day and doing underground theater in the evening. We used to go to Poland for a weekend to just see shows and I was able to see the Living Theater and Bread and Puppet Theater, the experimental-happening scene, Joseph Chaikin — those are my heroes. But that period was over by the time I got here.

We were taking it step by step. We spoke very bad English — I could not ask for a cup of coffee, basically. For us it was about how do we survive? How do we support ourselves and our child? How do we learn English? I met people and I offered to teach them what I knew from Grotowski. When you are young, you’re audacious about teaching and you know nothing [laughs].

Stoppard has played a big role at the Wilma, but what are other artists who have been meaningful to you?

Athol Fugard was very important for me in the early days. In 1988, I produced “Statements After an Arrest Under the Immorality Act,” which is about a white librarian and a Black schoolteacher falling in love. And the play is done in the nude, 90 percent of it. That was very daring at the time.

Do you think it could be done now?

I don’t know. That’s a question. I do want to mention Paula Vogel. She’s an amazing, generous artist who takes care of her colleagues.

I had commissioned her to do a play, and she was doing a workshop, and I had to participate. I was terrified because my English is so bad. She said, “You can just write characters the way you speak.” Easy, right? [Laughs] She was constantly on me and said, “You have to keep writing.” So I did. Another person who was very helpful was Stew [of the musical “Passing Strange”]. He was my boyfriend for a moment, about six years ago. Like Paula, he encourages people to try things out and not to be afraid.

What do you think are some of the biggest challenges facing American theater?

In American theater, the people who are actually creating the work are the only people who are freelancers. How do you run theaters when you are surrounded by administrative staff only? Once foundations are away from the scene, you start pushing toward rich individuals. They can be great people, they can really love you — but something can happen in their life, and they move on. Because of this need to get money from so many different sources, you have to make people feel good; you have to do great parties. So your administrative staff is growing, and you are putting money there instead of into the art.

You came of age with avant-garde theater, and at the Wilma you never stopped pushing the intellectual and aesthetic envelope. That’s not the easiest sell.

The Wilma has been quite progressive in terms of programming, but it was very difficult for us to retain audiences. In America we are now in the grip of consumerism, where an audience wants theater to be exactly “the way I feel it, the way I want it, and if it’s not that I don’t like it and I will never come back again.” That is a very difficult situation to be in. The only reason I want to do theater is an exploration of life. Entertainment is part of life, but I don’t want the theater to be any escape from reality. Reality is beautiful, and there are multitudes of possibilities. But this consumerism and narcissism I find in American audiences at this time is really detrimental to the theater culture.