Home » Entertainment » A Sports Columnist Who Has Been in the Game A Sports Columnist Who Has Been in the Game

A reporter’s main task: to observe. To bring readers an analytical, detached perspective of events.

Kurt Streeter said he grew accustomed to feeling like an outsider at different points in his life, as a biracial child growing up in America, and as a Black tennis player ascending the ranks of a predominantly white sport.

“I think that really helped me get into this field. I was primed for that,” Mr. Streeter said.

It is with an eye toward the tensions, contradictions and paradoxes in the world — themes often mirrored in sports — that Mr. Streeter has embraced his new role as Sports of The Times columnist.

Sports of The Times has a vaunted history at the newspaper. It was established in 1927, in response to rival organizations that had embraced sports writing, notably The New York Herald Tribune, which hired the famed columnist Grantland Rice in 1914.

The column — a platform for writers such as Red Smith, Dave Anderson, George Vecsey, Selena Roberts, William C. Rhoden and most recently, Juliet Macur and Michael Powell — carries a highbrow, literary reputation. It operates in a journalistic gray area, offering readers a personal, nuanced examination of events without resorting to brazen editorializing.

“Kurt brought together a lot of ideal attributes: a writer’s writer,” said Randy Archibold, The Times’s Sports editor. “He has a real open mind and a zest for provoking.”

It is likely the first time a former pro athlete is gracing the column, Mr. Archibold added.

Mr. Streeter’s father, Mel Streeter, was one of the first Black athletes to play for the University of Oregon, and his parents were among the first biracial couples to be married in the state of Oregon, in 1954 (his mother, Kathy, was white). That year is considered a galvanizing one in the civil rights movement in the United States. 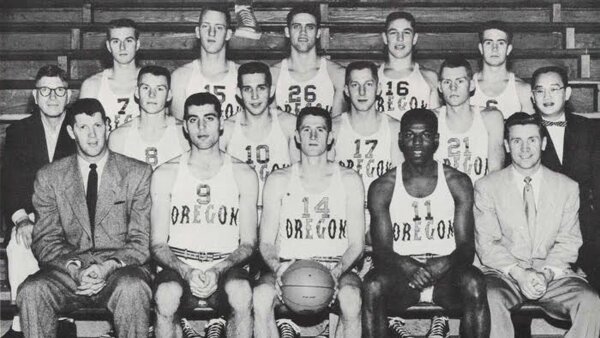 “As a kid, I didn’t realize the power of that,” Mr. Streeter said.

Mel Streeter was primarily a basketball player, but he introduced his son to tennis. In 1975, the younger Mr. Streeter grew more enamored with the game after watching Arthur Ashe become the first Black man to win Wimbledon.

“He’s a guy I deeply admired and wanted to be like, not only on the court but off it,” Mr. Streeter said.

In 1989, he became the first Black captain of the University of California, Berkeley, tennis team. After college, he played in tennis’s minor leagues. He was once ranked No. 923 in singles and No. 448 in doubles in the ATP rankings.

Among opponents, coaches and fans, it was impossible not to note the obvious, he said.

“I was always keenly aware of the fact there weren’t many like me,” Mr. Streeter said, “and aware of what that kind of segregation said about how our society was set up.”

Mr. Streeter played his final tennis competition in his late 20s. Soon after, he decided to pursue reporting. Although he had no previous experience as a journalist, Mr. Streeter had always pored over the news. He grew up in a house where everyone — his parents and his three brothers — read the paper, watched the news and debated politics … and sports.

Mr. Streeter spent 15 years as a reporter at The Los Angeles Times, covering everything from crime to transportation to religion. He became known for his long-form narratives.

In 2017, following a two-and-a-half-year stint at ESPN, Mr. Streeter joined The New York Times as a sports feature writer, and has written about a range of topics, including the mental health of college athletes, the advocacy work of the W.N.B.A star Maya Moore and a jump shot that disappeared.

In August, he wrote his first Sports of The Times column about sports teams protesting for racial justice.

“If there’s ever a time to try and be a sports columnist, now is the time,” Mr. Streeter said. “There’s so much going on and so much of it is connected to things I’m interested in: race, society, all these things beyond the games.”

His years as a professional athlete have armed Mr. Streeter with a specific perspective, rare among his colleagues. He has intimate knowledge of the toils and pressures that athletes endure. He knows the level of dedication that fuels hourslong practice sessions every single day; he understands the rigors of cross-country travel, and much more.

He said he even wrestled, sometimes, with the question of whether he stopped his tennis career too soon. But Mr. Streeter makes time to play tennis as often as he can, and takes particular pleasure in teaching the game to his 9-year-old son, Ashe. It is with almost equal excitement that Mr. Streeter plans to write about the amazing performances, the highs and lows of everyone connected to sports, not just the champions.

“I’m more drawn to people who struggle and try to bounce back,” Mr. Streeter said. “I like the struggle; I’m fascinated by the struggle.”