Home » Entertainment » A Soprano With a Bottomless Appetite for Risk 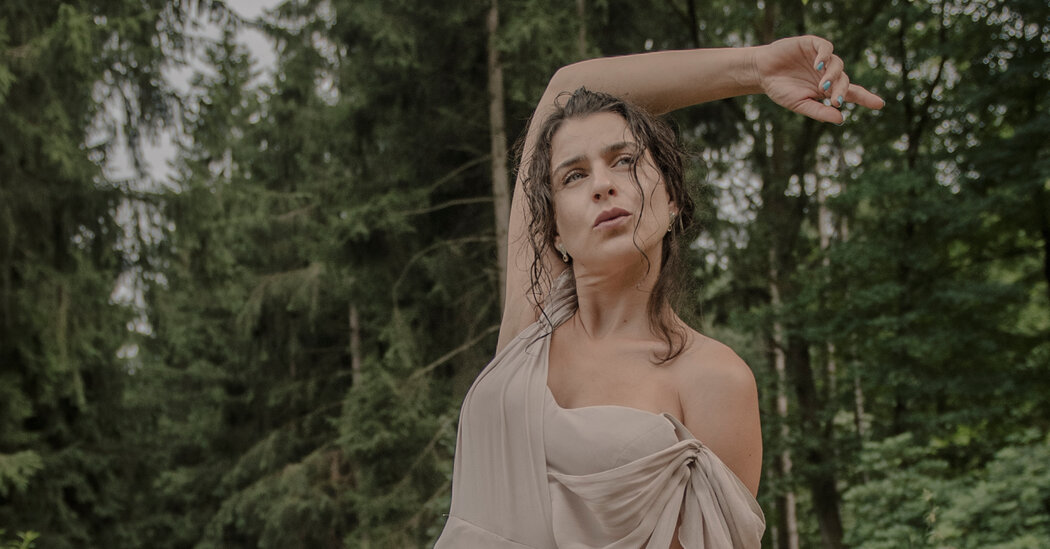 A Soprano With a Bottomless Appetite for Risk

BAYREUTH, Germany — Asmik Grigorian was hungry after all.

The soprano, whose debut at the Bayreuth Festival the evening before had been met with a roaring ovation, initially ordered an espresso to help her wake up. But then she wanted more.

“Do you have ice cream?” she asked a waiter.

He returned with a coupe glass nearly overflowing with five scoops of different flavors. And she ate it all.

Grigorian, 40, approached dessert the way she does opera: with daring, total commitment and a bottomless appetite. She has a voice by turns steely and lyrical, immense and delicate, and one of the fiercest dramatic talents in the field.

Her Bayreuth debut, as Senta in Wagner’s “Der Fliegende Holländer,” is one of many high-profile engagements that have followed in the years since she stunned the opera world as the title antiheroine of Strauss’s “Salome” at the Salzburg Festival in 2018. Record labels came calling. So did major companies like the Royal Opera in London, where she will star in Janacek’s “Jenufa” next month, as well as Salzburg, where she is becoming a fixture and will return on Wednesday to join a run of Strauss’s “Elektra.”

“She’s the complete package,” said Franz Welser-Möst, who conducted “Salome” and will lead Grigorian again in “Elektra.” “She has a great voice, she’s a fantastic actress, she’s extremely beautiful, she’s humble, she’s 100-percent discipline, she never comes late to a rehearsal. You don’t meet someone like that very often.”

Like any great performer, the director Barrie Kosky said, “she carries her own lighting equipment within herself.”

“She’s not quite of this world,” he added. “I always think she’ll go back to Planet Grigorian when she’s had enough of us here.”

Growing up in Vilnius, Lithuania, Grigorian’s home life was intensely musical. Her father was the tenor Gegham Grigorian; her mother, the soprano Irena Milkeviciute. Opera was omnipresent, and by 5 she was studying piano.

“I was never going to be an opera singer,” she recalled, “but step by step that is exactly what happened.”

Her first teachers were her parents; even now, Grigorian turns to her mother for advice when taking on a new role. Rigorous training followed at a specialized arts school, then the Lithuanian Academy of Music and Theater, before Grigorian dived headlong into professional life.

She debuted as Donna Anna in Mozart’s “Don Giovanni” and immediately followed it with Violetta in Verdi’s “La Traviata.” If anything was guiding her career, it was motherhood. She had given birth to a son while still a student, and she was interested in whatever work would keep her busy — and paid.

“I was doing everything,” Grigorian said. “And for many years I could not get out of this circle of doing too-hard roles, too much. It was never perfect, because it just can’t be if you do so much. But I couldn’t do less because my fee was too small and I needed to support my son.”

She felt trapped. Then, when she was about 30, the strain took its toll on her voice, and required surgery to repair. She was forced to take a two-month hiatus, which she viewed as a turning point: She could return to her hamster-wheel schedule or retreat to focus on training.

“If I continued with the dramatic repertoire, I would not exist today,” Grigorian said. “I decided: OK, I’ll start to learn. I invested a lot in learning, and my singing became much better. Then, step by step, my fee started to get bigger.”

Kosky joked that Salzburg, given its global profile, made her sensational turn as Salome seem like a sudden arrival, when indeed she had been working nonstop and building a reputation for years before. She sang at his company, the Komische Oper in Berlin, multiple times, including a shattering portrayal of Tatyana in Tchaikovsky’s “Eugene Onegin” in 2016. During those rehearsals, she was also commuting to Vilnius for a run of “Sweeney Todd,” in which she was improbably starring as the dumpy meat-pie baker Mrs. Lovett.

“What soprano in the history of opera has rehearsed a new production of ‘Onegin’ and zipped back to do Mrs. Lovett in Lithuania?” Kosky said. “I asked her, ‘Aren’t you a bit young?’ and she said, ‘I just love the character.’” (Grigorian said she wasn’t sure whether she’d ever reprise her “Sweeney” role, but added, “I just need a few weeks to get back the Cockney accent.”)

The soprano Karita Mattila, who rehearsed the Royal Opera’s “Jenufa” with Grigorian last spring, before the pandemic lockdown, said that “they just had a ball together.” Grigorian gave Mattila a ring from Lithuania that, Mattila said, “came from the heart, like everything else she does.”

In rehearsals, said Dmitri Tcherniakov, who directed the Bayreuth “Holländer,” Grigorian “tries to understand everything.” And it was her focused demeanor that convinced Markus Hinterhäuser, the Salzburg Festival’s artistic director, that she would be right for “Salome.” She had been cast there earlier as Marie in Berg’s “Wozzeck,” and he noticed that she operates with “absolute respect for a production.”

“She is not a solo performer,” Hinterhäuser said. “She is always thinking of the group. It was also interesting to see what kind of possibilities she has, acting wise. I mean, singing, there’s no discussion. But acting. …” He trailed off, widening his eyes and holding up his hands to mime his shock at her dramatic talent.

Grigorian, who never studied acting, doesn’t know where her stage prowess comes from; her directors said it seemed like pure instinct. Welser-Möst said that whenever she goes onstage, “she burns herself in front of the audience.” Kosky grouped her with what he called “a very special group of singing actors that you just pray for.”

It will be a long time before New York audiences get to hear her live. She had been scheduled for a new production of “Salome” at the Metropolitan Opera that was postponed because of the pandemic, and now won’t appear there until a revival of that opera in about five years. She may appear in the United States earlier in concert programs, which she is hoping to do more of as her 5-year-old enters school and their lives become less nomadic.

Until then, her home is whatever city she is working in, a lifestyle that barely slowed during the pandemic: “Dutchman” was her fifth new production since spring last year. And she opened all of them despite suffering from long-term effects of Covid-19.

She became sick in March 2020, while in London for “Jenufa.” She lost her smell and taste, and her weakness and dizziness made rehearsals such a struggle that she cried. The disease, she said, affected her stomach, her skin and her nervous system — and still surfaces in the form of palpitations and panic attacks.

But, as with her vocal crisis a decade ago, Grigorian seized on her illness as motivation. “I realized there are so many beautiful things which I can do,” she said. “Now is my best age, and I must do it.”

Her recording of Rachmaninoff songs with the pianist Luke Genusias will come out next March, and she hopes to release a cycle of albums that span opera arias and contemporary music by the likes of Amy Winehouse. Next summer, she will be back at Salzburg to star in all three of the one-acts that make up Puccini’s “Il Trittico.”

Kosky said that she “could sing the phone book and it would be fabulous.” He did express one wish for her which Welser-Möst shared: Tosca.

“I would die to hear that,” Wesler-Möst said. “I don’t think you would have experienced such an intense Tosca — and I know this is daring to say — since the Callas days.”