Home » Entertainment » A Queen of 19th-Century Opera Gets New Attention 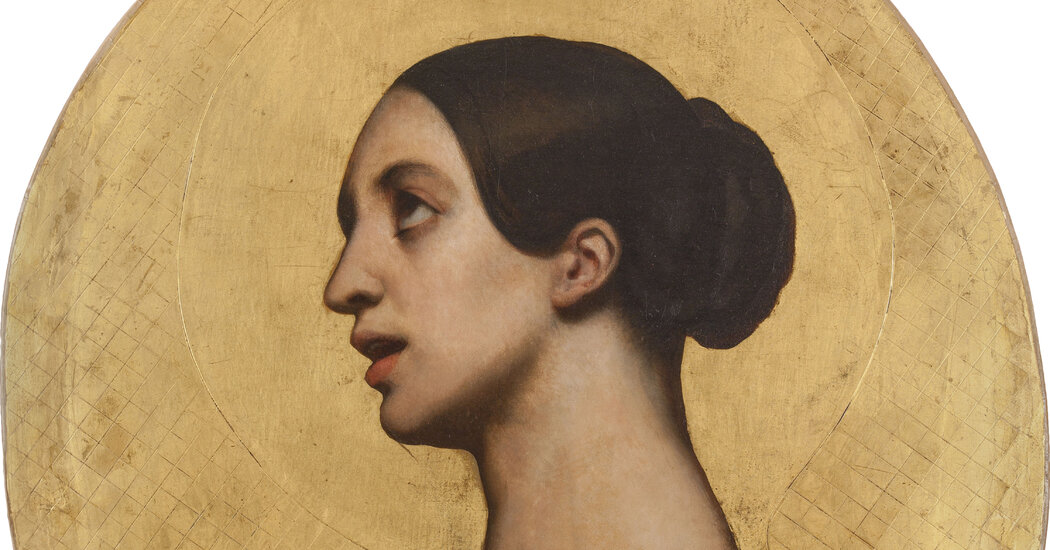 A Queen of 19th-Century Opera Gets New Attention

Toward the end of her life, the opera diva Pauline Viardot took stock of her vast social network. She wrote a three-page, multicolumn list of everyone she had ever met, worked with or loved.

She ended up with over 300 names, a who’s-who of 19th-century icons: composers like Rossini, Liszt and Schumann; novelists like George Sand, Victor Hugo and Ivan Turgenev, her lover; Giuseppe Mazzini and Napoleon III.

Viardot entertained many of them at the weekly salons she held at her home in Paris. Classical musicians have rarely connected so widely with important figures of the day; the closest American parallel might be Leonard Bernstein, who hobnobbed with presidents and Hollywood glitterati.

But like Bernstein, Viardot — born exactly 200 years ago, on July 18, 1821 — was far more than a Zelig. One of the supreme singers of her time, she was also a prolific composer, whose music is slowly being salvaged from obscurity; a savvy entrepreneur; a gifted visual artist; and a highly respected voice teacher.

Born Michelle-Pauline-Ferdinande-Laurence Garcia, in Paris, Viardot was an heir to a musical dynasty. Her father, Manuel Garcia, was an international opera star and the first Count Almaviva in Rossini’s “The Barber of Seville.”

Born in Spain, Garcia never stayed in one place for long, moving his wife and three children — Viardot’s older sister, Maria Malibran, became another of the century’s reigning divas — to Italy, Paris and London. And then in 1825, when Viardot was 4, to the United States, where his family and troupe introduced Italian operas, sung in their original language, to the American public.

Viardot’s musical talents emerged early. She took piano lessons with Liszt and developed a girlhood crush on him. As a young woman, she played duets with Chopin, a friend. But when she was 15, her mother dashed her dreams of becoming a concert pianist, declaring that Pauline would pursue the family trade: singing opera.

She made her debut in 1839 in London as Desdemona in Rossini’s “Otello,” then hit her stride four years later when she brought the house down at the Bolshoi Theater in Moscow as Rosina in “The Barber of Seville.”

“Ravishing, velvetlike notes rang out, of the sort that no one, it seemed, had ever heard,” an audience member later recalled, adding, “Instantly an electric spark ran round the audience.”

When she was 18, she met and married the historian, art critic and theater director Louis Viardot, 21 years her senior. In a reversal of gender norms, he resigned from his post as director of the Théâtre Italien in Paris after their wedding to focus on Pauline, her career and, ultimately, their four children.

With a voice of uncommon range and flexibility, Viardot became famous on Europe’s major stages in signature roles that included Zerlina and Donna Anna in “Don Giovanni,” Adina in Donizetti’s “L’Elisir d’Amore” and the title role in Bellini’s “Norma.”

“Her technical skill alone is immense; in the completeness of her chromatic scale she is, probably, without a rival,” said an article published in Fraser’s Magazine, a London journal, in 1848.

But, the writer went on, “the principal feature which characterizes her is the dramatic warmth of her impersonations. She throws herself heart and soul into a part.”

Composers sought her out for important premieres: She was the first Fidès in Meyerbeer’s “Le Prophète” and Charles Gounod’s first Sapho. When Berlioz resurrected Gluck’s “Orfeo” for the Parisian stage in 1859, Viardot was the diva for whom he rewrote the title role. A decade later, Brahms chose her as the soloist for the premiere of his Alto Rhapsody.

After retiring from the opera stage in 1863, Viardot continued singing in concerts and being what we’d call today a macher. She owned the original manuscript of Mozart’s “Don Giovanni,” which composers including Fauré and Tchaikovsky made pilgrimages to see. In 1869, she wrote an effusive letter to Richard Wagner congratulating him on a performance of “Die Meistersinger.” But his notorious anti-Semitic essay, “Judaism in Music,” published under his name the following month, soured the relationship, and Wagner and his wife, Cosima, began referring derisively to Viardot as a “Jewess.” (She was not Jewish.)

Following her father, who was a gifted composer as well as a brilliant singer, Viardot put significant time and energy into composing. Her work is not nearly as widely known as that of Robert Schumann, Liszt, Saint-Saëns or others in her social circle. But her music was deeply appreciated by her contemporaries, with one person going so far as to compare her talent to Schubert’s. Clara Schumann referred to her as “the greatest woman of genius I have ever known.” A fierce advocate for her students, she died, just a month shy of her 89th birthday, in 1910.

Today, her works are enjoying a resurgence among scholars and performers — part of a wave of interest in long-neglected composers like Amy Beach, Florence Price, Clara Schumann and others.

Viardot wrote hundreds of pieces, the majority of them songs for solo voice and piano. Her first was “L’Enfant de la montagne,” published when she was just 19 in a collection organized by Meyerbeer, Paganini and Cherubini. Like so many of her songs, she was its major advocate, using it to show off her vocal skills in concerts in Leipzig, Germany, and other cities.

Her songs have more recently become popular fare for prima donnas including Annick Massis, Cecilia Bartoli and Aude Extrémo. They range from playful and virtuosic (“Vente, niña, conmigo al mar”) to hauntingly beautiful (“L’Enfant et la Mère” and “Hai luli”). The publisher Breitkopf und Härtel has released a new critical edition of some of the songs on texts by Pushkin, Fet and Turgenev. (Viardot’s Russian was superb.) She also wrote works for piano and violin, the instrument of her son, Paul Viardot. Her other three children, also musicians, performed her compositions, too.

True to her specialty, Viardot also wrote operas. These were mostly performed by her students and children in her home, with piano accompaniment, but at least one, “Le Dernier Sorcier,” was orchestrated and performed in 1869 in Weimar Germany.

Wolf Trap Opera in Virginia has revived her “Cendrillon” just this weekend. Viardot wrote both the music and words for this chamber operetta about Cinderella, a fanciful interpretation of the fairy tale by Charles Perrault.

“Her music is both challenging and wonderfully singable,” Kelly Kuo, the production’s conductor, said in an interview. “You just know that it was written by someone who really understood what she was doing.”

Among the guests at the 1904 premiere of “Cendrillon” were the editor and musician Salvatore Marchesi and his wife Mathilde, an influential voice teacher. Finding Viardot’s music charming, they wrote of their certainty that it would have “a successful run through the world.” Although somewhat delayed, their prediction is perhaps beginning to come true.

“Viardot,” Kuo said, “is a perfect example of an artist who should be much better known today.”

Hilary Poriss is an associate professor of music at Northeastern University and the author of “Gioachino Rossini’s ‘The Barber of Seville,’” forthcoming from Oxford University Press.

After 20 Years, ‘We Never Stopped Being Married’

What Delta Burke Has Been Up To
Entertainment