7 Recent Netflix Comedy Specials That Are Worth Your Time

For many comedians, a Netflix special has supplanted the traditional late-night talk show set as the big ticket to success. The streaming service’s global presence helps comedians build fan bases all over the world, which keeps them busy with live shows in far-flung locations.

In 2018, Netflix announced a major expansion of its comedy slate — including releasing 47 specials from a globe-spanning roster of comics in a single day. The trends in stand-up specials have continued apace this year, including extremely pregnant comics baring (and bearing) it all, and popular sets that may or may not qualify as stand-up comedy. It’s a lot! Here’s a little something to help you sift through the most recent crop. 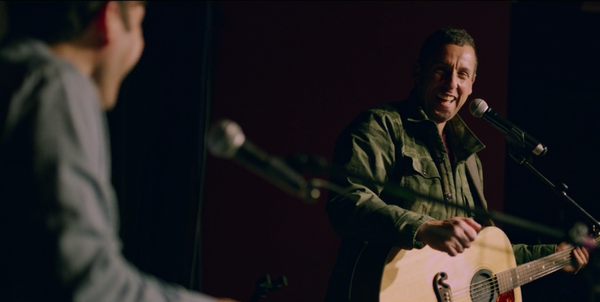 If you grew up quoting Adam Sandler’s ’90s comedy albums like “They’re All Gonna Laugh at You!” and “What the Hell Happened to Me?,” you’ll probably swoon over his latest special, the comedian and actor’s first new hour of stand-up since 2004. “100 Percent Fresh” is Sandler at his best, combining frat-boy crudeness with tender vulnerability alongside hilarious song sketches (“My kid’s only got one line in a play,” he rages in a grunge-style tune).

The hour splices together different performances from a variety of venues, often cutting from one to the next the second a bit veers in a different direction and ends on a twist. “100% Fresh” also includes the tear-jerker tribute to Chris Farley that Sandler recently performed on “Saturday Night Live.”

True to its name, Ellen DeGeneres’s triumphant return to stand-up opens with an extended riff on just how relatable she is, her nearly-half-a-billion-dollar net worth notwithstanding. “Yes, I’m enjoying it,” she cops, and she’s just charming enough that you don’t begrudge her a cent. (All right, maybe I begrudge her a couple hundred mil.) DeGeneres doesn’t exactly shy away from the spotlight — her syndicated talk show is in its 16th season — but “Relatable” finds her opening up about her breakthrough success in the ’80s, coming out in the late ’90s and the perils of fame. Her thesis is that despite differences in gender, sexual orientation or income, we’re all essentially the same. And yes, she dances.

[Interested in getting more suggestions on what to watch? Sign up for the Watching newsletter, which we send out every Monday and Friday.]

In “Growing,” Amy Schumer’s second stand-up special for Netflix, the comic’s maturation as a performer is evident — particularly in her facial expressions, which often add a visual punch line to her jokes. Schumer, newly married, is hugely pregnant in the special, and she’s as open about the physical realities of pregnancy as she was about her former life as a prolific party girl.

Since abandoning her brilliant Comedy Central sketch series “Inside Amy Schumer,” Schumer has gone from America’s foremost single gal to something more complicated. The scale of her fame has inevitably dislodged her underdog persona, and accusations of joke-stealing and white-girl cluelessness have dogged her for years. But “Growing” is a refreshing return to form for Schumer, particularly after a few years of mostly bland Hollywood blockbusters.

Demetri Martin is a self-referential, think-y kind of comic, and “The Overthinker,” as the title suggests, is the epitome of his shtick. A voice-over track of Martin’s inner monologue sporadically interrupts his set, a running self-commentary on the performance. (He uses the narration sparingly enough that it doesn’t get annoying.) On the surface, neither Martin nor his act appear to have changed much: He’s still incorporating visual gags like his signature flip-chart bit, still posing seemingly unanswerable questions and wordplay conundrums — and, at 45, he still looks like he could plausibly live in his parents’ basement. But it’s a testament to Martin’s joke-writing skills that, 20 years into his career, he can still find new and surprising ways to turn the most granular observation into a punch line.

‘Comedians of the World: Mae Martin’

Netflix was all over last year’s Just For Laughs comedy festival in Montreal, taping dozens of half-hour specials for its international series “Comedians of the World.” Nearly 50 comics representing 13 regions are featured, including the Canadian-born, London-based Mae Martin (find her routine under “U.K.” in the drop-down menu). In her special, Martin tells the story of her childhood obsession with Bette Midler and her growing realization that she has an addictive personality. The set — which also deals with Martin’s entry into the comedy scene as a young teenager, an early drug habit and dating both men and women — seems to have at least partly inspired a new comedy series Martin is creating for the British channel E4, which will co-star Lisa Kudrow as her mother.

One of the first comics to tape a Netflix special way back in the olden times of 2013, Iliza Shlesinger filmed “Elder Millennial” in a retired aircraft carrier in Alameda, Calif. (“I do a lot of U.S.O. tours,” she explained.) Like Schumer, Shlesinger uses her new special to reflect on her changing priorities now that she’s no longer a single twenty-something. Newly engaged, Shlesinger dispenses advice on sex and dating, which is delivered at a rah-rah empowering pitch even as it hews pretty close to traditional standards and gender roles. Still, Shlesinger has a habit of changing course just when you least expect it, and she backs up her observations with some killer impressions.

O. K., this one is not strictly a stand-up special. Brené Brown is a research professor at the University of Houston who studies shame and vulnerability; she’s known for her best-selling self-help books and her viral 2013 TED Talk, “The Power of Vulnerability.” “Call to Courage” is essentially an hourlong motivational speech, but the very funny Brown employs a lot of the tools of comedy to engage her audience. Like a stand-up, she uses personal anecdotes to make universal observations about how fear and shame can cripple us. She’s good at dramatizing her inner monologue, and at making the audience feel as if she’s one of them. And like pretty much all the other comedy routines on this list, Brown’s speech is a form of therapy for the masses, in which we watch someone expose themselves for our own catharsis.

Cardi B & Offset’s Daughter Kulture, 10 Mos., Giggles & Is Too Cute For Words In New Video