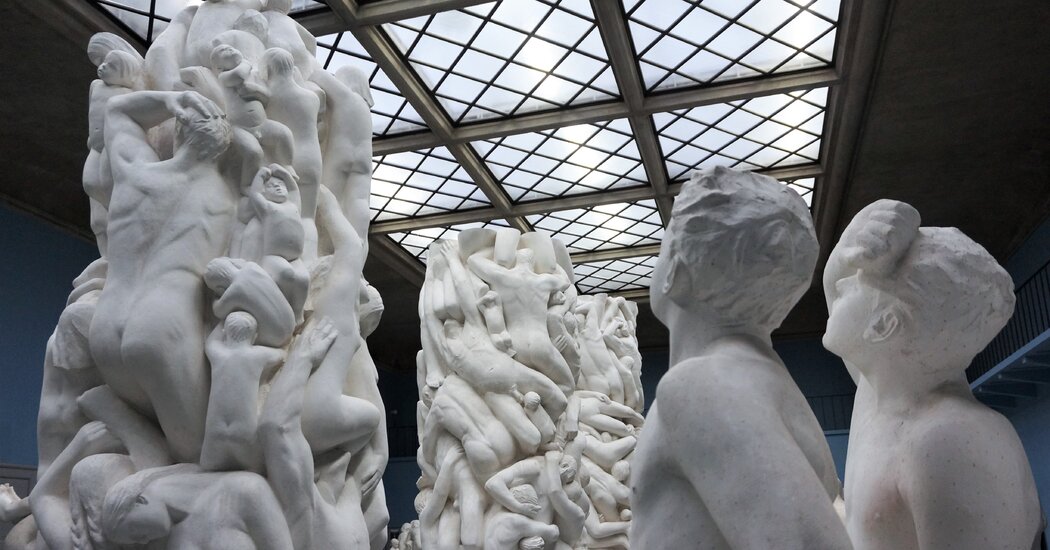 In the years B.C. — Before Covid-19 — I was convinced that museums and Instagram were fundamentally opponents. Both are storehouses of images, classified, displayed and valorized according to certain governing rules. But whereas museums locate the importance of pictures in their artistic value or their historical lineage, Instagram ascribes value through a simpler, tougher logic: the tyranny of likes.

My horror at Instagram has softened since the first lockdown, and I’ve accepted that social media can have real value when museums treat their accounts as extensions of their programs and not simply as promotional channels. That means no dress-up-as-your-favorite-painting competitions, no happy-national-cookie-day posts. In all spaces, real and virtual, museums should be thinking and acting with a single mission.

And on Instagram, at least, the world’s largest museums have to work in the same format as smaller, more specialized and more remote institutions — letting me feel that I have as much attachment to far-flung places as I do to the Met or the Getty. Here are five museums with smaller Instagram followings that I rely on to keep my feed fresh.

The Uffizi draws the crowds, Michelangelo’s David pulls the selfie sticks, but Florence’s most eclectic and enticing museum is this villa on a Tuscan hillside, where an Anglo-Italian amateur named Frederick Stibbert spent his vast inheritance on a regiment’s worth of shields and sallets, cutlasses and cuirasses. On Instagram, this private armory offers close-ups of spectacular gilded horse coverings; gem-encrusted Turkish sabers; or a hefty suit of plate armor made for Emperor Maximilian, topped off with a helmet shaped like a lion’s head. There are also frequent views of Stibbert’s notable collection of Japanese arms and armor — among the first in the West — such as a 15th-century tanto, or samurai sword, whose blade is graven with watery calligraphy.

Museums devoted to a single artist often get a bit peculiar, but few rival this Norwegian institution dedicated to one of Europe’s strangest and most compelling modernist sculptors. Gustav Vigeland (1869–1943) channeled the new modeling techniques of Auguste Rodin or Antoine Bourdelle into a singular, almost medieval stylization, and this museum, housed in Vigeland’s former studio, posts countless views of his huddled granite nudes and towering plaster heroes. The account also brings you to the wonderfully bizarre Vigelandsparken, one of the most popular tourist sites in Oslo, which the sculptor worked on later in life. Its ornamental gardens, lorded over by a towering monolith of naked tumblers, speckled with bronzes of giant grouchy babies, present a kind of Nordic “Last Year at Marienbad.”

There may be no museum on the planet with a collection as grand as this Taiwanese institution, whose core holdings of paintings, bronzes, ceramics, jade works and calligraphic scrolls were spirited from Beijing to Taipei during the Chinese civil war. On Instagram, they share gems of the museum’s 700,000-object collection, whether a 3,000-year-old wine vessel with involute embossments or a clay funerary statue, made during the Tang dynasty, of a plump female tomb guardian (complete with ghost emoji). Portraiture always does well on Instagram, and the museum has recently showed headshots of Kublai Khan, with a shaved head and looped braids beneath his ears, or the emperor Renzong, wearing a black hat whose wings would make it an ideal social-distancing tool. Needless to add, the museum is open to visitors; Taiwan’s death toll from Covid-19 is eight!

Visitors to the Greek capital too often hone in on classical monuments and miss its modern history — above all the war of independence against the Ottoman Empire that gripped Lord Byron, Eugène Delacroix and other Romantic writers and painters. This account of modern Athenian history features maps, engravings, photographs and popular posters, made by both local artists and visiting philhellenes, mostly presented as a succession of “on this day” anniversaries. On Sept. 12, the museum commemorated the last battle of the Greek War of Independence with a vigorous Delacroix equestrian picture; on Oct. 12, it celebrated the end of Nazi occupation with a photo of an exuberant Athenian street party.

Just south of the Arctic Circle, this is the only museum in the Canadian territory of Nunavut — sparsely populated, economically troubled but reputed to have more artists per capita than anywhere in the world. Its Instagram account provides austerely handsome, absolutely gripping black-and-white photographs of Inuit soapstone carvings: a sleek kayaker, chiseled by Iziasie Kopalie, that unifies boat and boater into a single, stealthy unit; or an open-mouthed hunter, carved by Johnny Kilabuk, whose stone harpoon is attached to a real rope. The photographs, against spare gray backgrounds, give these carvings an authority and integrity that far exceeds most Instagram documentation. It’s also the only museum on this list I haven’t visited in person; pack your thermal underwear and meet me up north next year.