Famed rock icon Lenny Kravitz is the father of actor Zoë Kravitz. Over the years, the father-daughter duo has developed a close relationship. But that hasn’t always been the case. When Zoë was a child, she used to make her famous dad pick her up a block from school so other kids wouldn’t see him.

The Mad Max: Fury Road actor learned at a very young age that she had to make it on her own without relying on her parent’s connections. Those early lessons have lent to a thriving career for the beautiful actor. 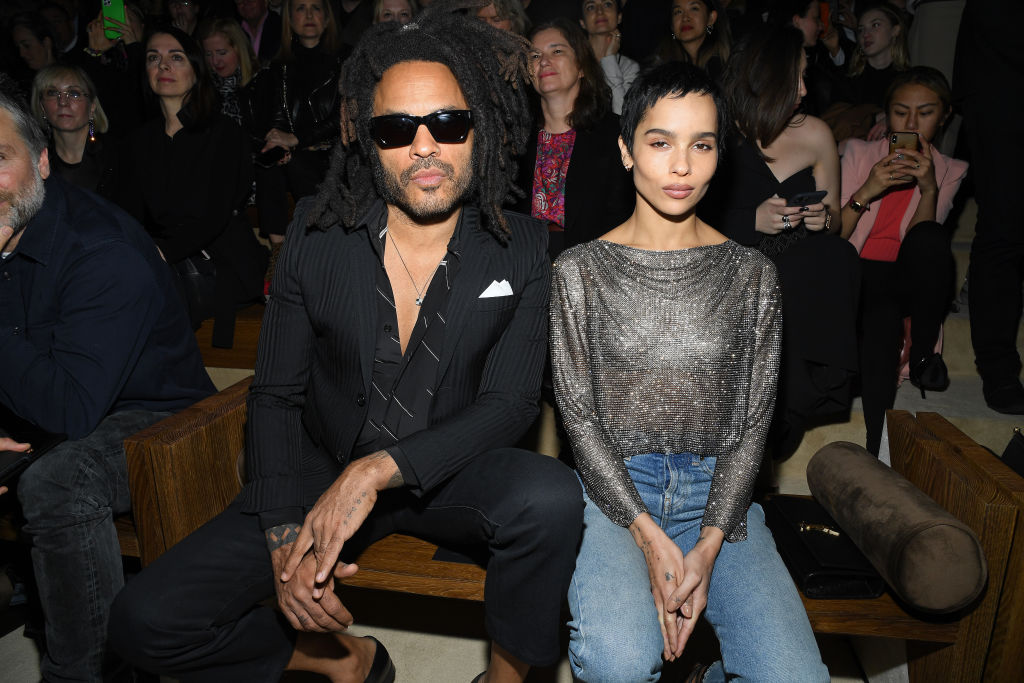 Who is Zoë Kravitz?

Born in 1988 in Los Angeles, Kravitz began her acting career when she was a senior in high school. Her first film was The Brave One, where she worked alongside Terrence Howard and Jodie Foster, according to IMDb. She has developed a long list of acting credentials, recently starring in HBO’s television drama series Big Little Lies and Hulu’s romantic comedy series High Fidelity. She is best known for her film roles in X-Men, Fantastic Beasts, and the Divergent series. She is also a successful musician and the lead singer of her band “Elevator Fight.”

In 2022, Kravitz is slated to portray Catwoman in The Batman, where she will co-star with Robert Pattinson. Her parents are legendary rock star Lenny Kravitz and The Cosby Show alum Lisa Bonet. Rounding out the group of awesome parents is stepfather Jason Momoa of Aquaman fame.

The successful career of Lenny Kravitz

There’s not much this guy can’t do. He is a successful singer-songwriter, producer, and actor. Born in 1964, the Grammy Award-winning musician is no stranger to Hollywood. His mother played Helen Willis on the popular television sitcom The Jeffersons, and his father is a successful television producer. Determined to make it big on his own, Kravitz left home and lived out of his car, hoping to catch a break. He didn’t want to rely on his parent’s connections, a trait he has passed onto his daughter.

In the late ’80s, he found what he was looking for after moving to New York City. He married Bonet, they had a baby, and he released his debut album with Virgin Records, Let Love Rule. It wasn’t until Madonna covered his song, “Justify My Love,” that he became a widespread phenomenon.

In 1998, Kravitz received his first Grammy Award for best male rock vocal performance. With several Billboard chart hits under his belt, he started getting involved in acting. His most notable films include Precious, The Butler, and The Hunger Games trilogy.

Living a life with famous parents

The “Fly Away” singer told People magazine that his mother and grandfather helped him develop a closer relationship with his daughter. Kravitz is inspired by their deep love and respect for one another and is happy to share that bond with Zoë.

Successful in his own rights, the rock star musician says he is very proud of his daughter’s accomplishments. Talking of her successful music and acting career, he says, “She really did it on her own.” The “I Belong to You” singer said that when his daughter was younger, she never told anyone who her parents were. She even went as far as to have him pick her up a block from school so the other kids wouldn’t see him.

Kravitz says that she never used her parent’s connections to her advantage. He says, “She’s done an amazing job. I know that my mother is very proud of her – not just her accomplishments, but her behavior, her attitudes, the way she has done what she’s done and the kind of human being that she is.”