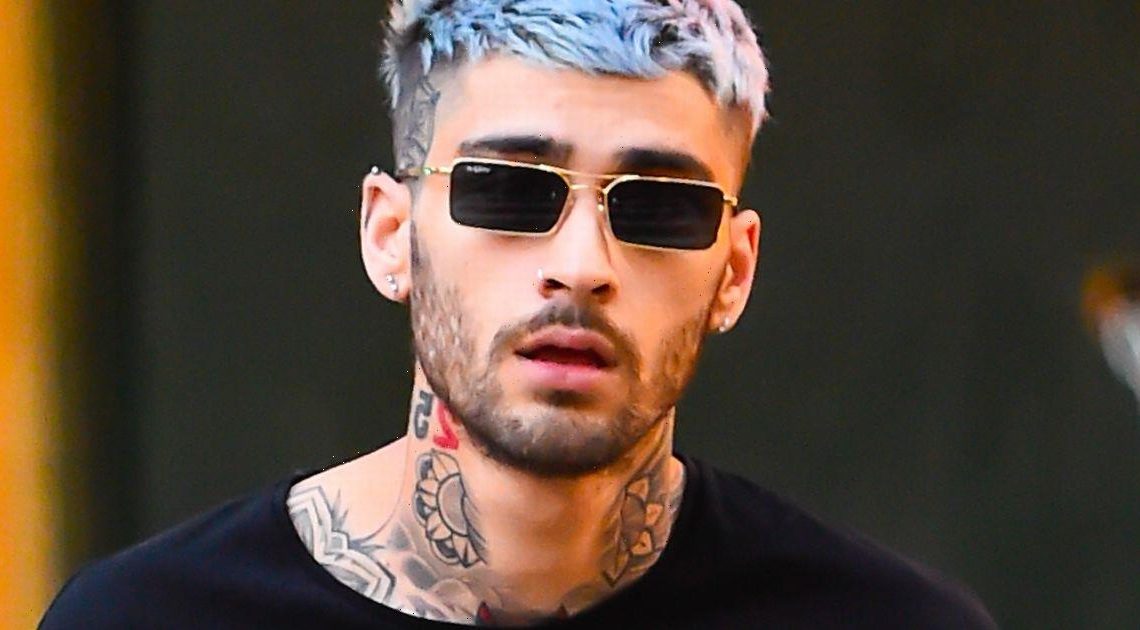 Zayn Malik looked completely unrecognisable in a video that recently resurfaced from his time with UK boyband One Direction.

Back in 2013, Zayn, Harry Styles, Louis Tomlinson, Niall Horan and Liam Payne were all transformed into women for the Best Song Ever music video.

The song was received incredibly well by fans and has since been viewed 773 million times on YouTube.

On Monday, Zayn’s mum, Trisha Malik, shared a video on her social media that was initially posted on a fan page.

The singer was forced to cover his many tattoos for filming, because his character Veronica didn’t have any.

“I can't walk like a lady, man. That's not going to happen. It would be funnier if I walk like a man,” Zayn said in the video.

While all of the lads looked amazing, it's fair to say Zayn's transformation received the most attention.

The look is quite the departure from Zayn, who swapped the jean jacket for a pale blue shirt, cat-eye sunglasses and a Lucas brown wig.

Fans couldn’t believe his accent too, with one penning: “The accent is so hard to understand.”

Liam, 29, claimed that his debut single, Strip That Down, outperformed all of his former bandmate’s similar releases while claiming that Simon Cowell built the band around him during their X Factor days.

Arguably the most viral moment came when Liam described the moment one of his bandmates pinned him against a wall, which prompted him to utter the now-viral phrase: “So I said to him, ‘If you don’t remove those hands, there’s a high likelihood you’ll never use them again'.”

He also hit out at Zayn, branding him with obscenities before moving on to how he also had issues with Louis.

“If I had to go through what [Zayn] went through – with his growth and whatever else. My parents are overly supportive to the point where it’s annoying at times. Zayn had a different upbringing in that sense,” he explained at the time.

“But at the end of the day, once you’re understanding what he’s been through to get to that point – and also whether or not he wanted to be there.”

During the World Cup, Liam finally responded to the backlash on his Instagram story where he said: “You guys know I’m sorry about all that stuff I love my boys not sure what was going on with me other than I had a problem with me and I took it out on everyone else…

“Never had a bigger chip on my shoulder and I’m really glad to lose it."

Unions push for a wage deal levy for non-members