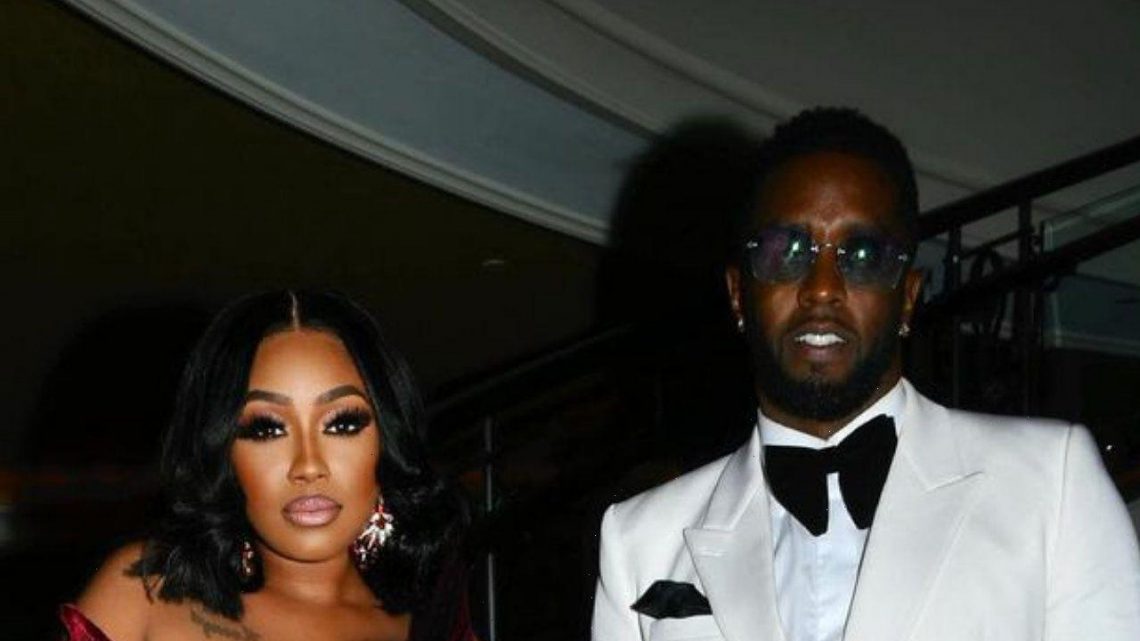 The City Girls star shares and removes the PDA-filled clip on her Instagram Story after hinting at joining the hip-hop mogul and his family on a lavish Italian vacation.

AceShowbiz –Yung Miami and Sean “P. Diddy” Combs continue to enjoy each other’s companion despite no strings attached between them. The raptress has posted a new video showing the Bad Boy Records founder snuggling up to her

On Thursday, August 4, Miami shared the PDA-filled clip via her Instagram Story. In the video, the rumored lovers jammed to Diddy’s song “Gotta Move On” feat. Bryson Tiller. As the “Rap Freaks” raptress took a sip from her champagne glass, the hip-hop mogul leaned in and appeared to rest his head on bikini-clad Miami’s chest while mimicking the lyrics of the son.

Miami seemed to have had a change of heart after posting the video, because she quickly deleted it. She, however, wasn’t fast enough as it has been re-posted on igmodeltearoom’s Instagram account.

After seeing the clip, many social media users clowned Miami over her relationship with Diddy. “she promote his music more than her own,” one commented on the video. Another told the City Girls star, “The song is about Cassie, Caresha!”

Others claimed that Miami and Diddy are putting on a show with their fake relationship for publicity stunt. “Okkk PR relationship,” one of them claimed. Another echoed the comment as saying, “P.R relationship. I think they just friends honestly.”

Someone else reacted to the post-and-delete, “She deleted so fast now lol was it too much ? We already know lol.”

The video arrives just days after Miami and Diddy hinted that they were on vacation together with his family in Capri, Italy. Earlier this week, the 28-year-old star posted pictures of her posing in a massive yacht.

Diddy, meanwhile, shared on his Stories videos and pictures of his daughters, twins D’Lila Star and Jessie James, as well as Chance, as they were having a lot of fun in the water. He also shared a clip of the group having a toast during a dinner. Quincy Combs, Kim Porter‘s son whom Diddy raised and adopted as his own, also joined them on the trip.