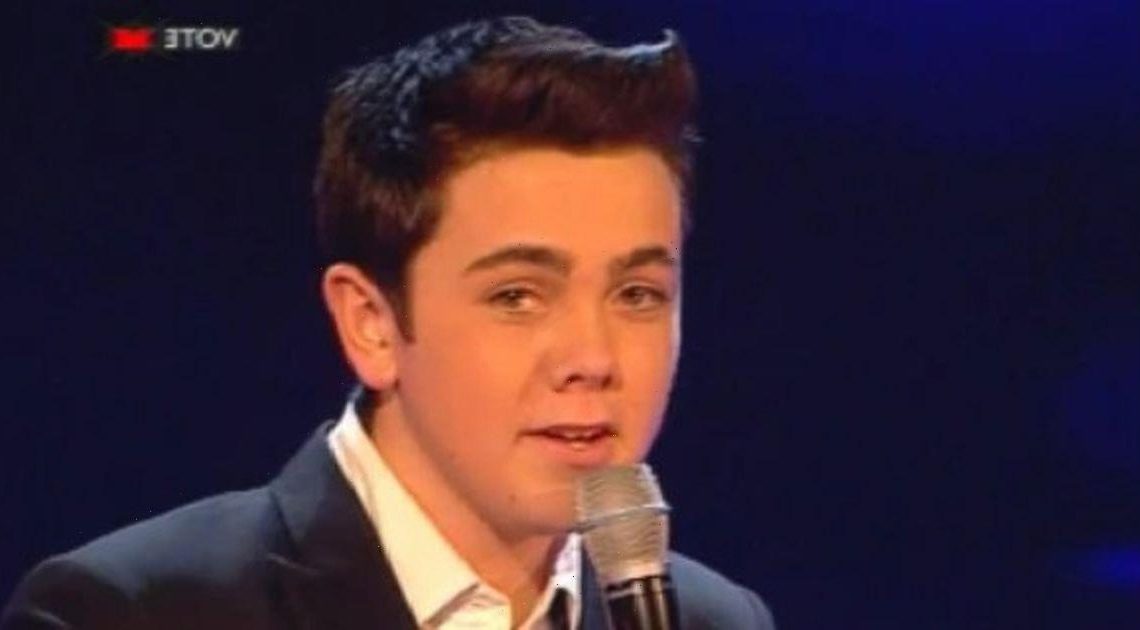 X Factor and Hollyoaks star Ray Quinn looked unrecognisable with his new look as he sported a man bun during an appearance on Loose Women.

The singer, 34, made his TV debut aged just nine on Brookside. Now all grown up, the Dancing on Ice alum stunned viewers on Thursday's ITV daytime show.

Ray displayed a man bun and a suit as he appeared on the show to promote his latest tour.

This comes three years after he quit his role in the Channel 4 soap Hollyoaks where he played far-right extremist and racist thug, Jonny Baxter.

For his dramatic storyline, the Liverpool-born actor wore his hair short and donned a series of black puffer jackets.

Now, Ray sported a different look for his latest Loose Women appearance with a man bun and a dapper suit paired with a white shirt and a royal green tie.

He truly looked the part for his end-of-show performance singing a Frank Sinatra classic, Fly Me To The Moon.

Fans praised the star on Twitter for his performer, with one writing: "Beautiful voice Ray, lovely fella Xx."

A second quipped: "Well that was a surprise from Ray Quinn I didn't realized he could sing so well, enjoyed that!."

One then mused: "Ray Quinn is great such a gentleman loved seeing him win dancing on ice."

This comes after Ray's recent announcement that he is set to become a dad again, as he and his fiancé Emily Fletcher are expecting their first child together.

He shared the happy news on social media, with him and Emily posting a stunning video on Instagram where the couple were seen in a theatre.

Emily met Dancing On Ice star Ray in a bar back in 2017, and shortly after their first encounter, they began dating.

The couple went public with their romance that same year, and have been loved up ever since.

Ray previously told Star magazine: “She's a school teacher and we made it official last June. It was fate.

“I believe whatever's meant for you won't pass you by. I can't stand dating apps. A text message or a picture on Tinder is absolutely pointless.”

In January 2020, Ray and Emily announced their engagement, after Ray popped the question on New Year's Eve.

The pair currently live together in Merseyside, and can be found regularly sharing loved-up pictures together from lavish date nights and days out.

Both Ray and Emily share children with previous partners, with Emily being mum to eight year old son Lucian Star while Ray shares Harry, nine, with his ex-wife Emma Stephens.