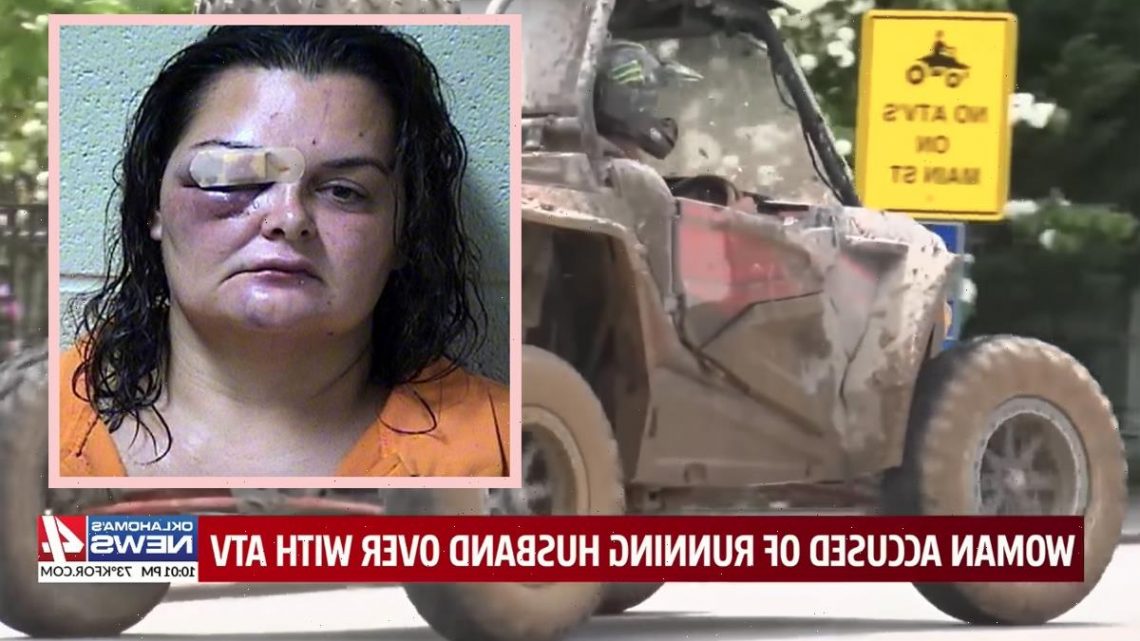 A father of two is dead after a fight escalated to talk of divorce — and then crossed over to physical violence.

Chanelle Lewis is facing charges of second-degree murder after running over her husband, Christopher Lewis, after a fight that his adult son claims began over… food?

The couple were camping with his children from a previous relationship at the Soggy Bottoms ATV Trails campground in Wanette, Oklahoma last week when they got into a horrible row — the last they’d ever have.

Video: Doorbell Cam Footage Shows Creepy Stranger Telling Woman To Come Out So He Can Kill Her

Pottawatomie County Undersheriff J.T. Palmer told local news outlet KFOR it was Christopher’s use of the “D” word that sent his wife into a rage:

“He had told her he wanted a divorce, and she made a statement that she was going to run over him and kill him.”

According to the undersheriff, the 35-year-old stepmom jumped into the a close-by ATV — it’s unclear if it was Christopher’s own — and made good on the threat, running him over and killing him. Palmer told reporters his team have seen ATV incidents but not like this:

“First one that we’ve ever had where somebody intentionally ran somebody over.”

“There was some alcohol involved.”

That part we kind of worked out.

You may have noticed in Lewis’ mugshot (above, inset) that she has a pretty rough-looking black eye. That’s apparently from Christopher’s son, Christian Cornett. The 20-year-old told KFOR his stepmother came after him and his teen sister after running over their father. As she was was trying to run them over next, he says, he was able to get to her through the window and punch her in the face.

Apparently his sister then went for help because in the original 911 call, someone from the campground can be heard telling authorities:

“That little girl was screaming saying her dad was dead! Somebody ran her dad over and said he was dead out on one of our trails.”

Chanelle was arrested and originally booked on manslaughter charges. However, investigators found more evidence that led them to upgrade the charges to second-degree murder.

Cornett said he can’t understand how his father can be gone:

“He was a great man and would help anyone in need. I have 1,000 brothers because he was a father figure to everyone.”

Is It Eczema or Psoriasis? How to Tell the Difference Between the Two Skin Conditions