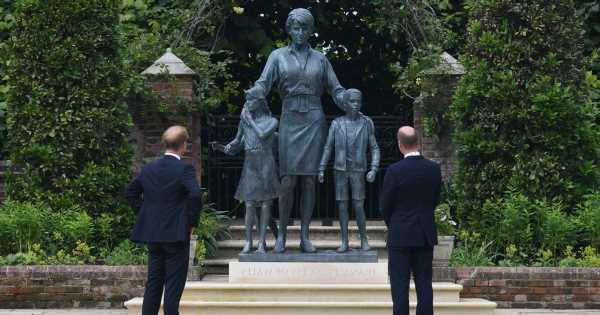 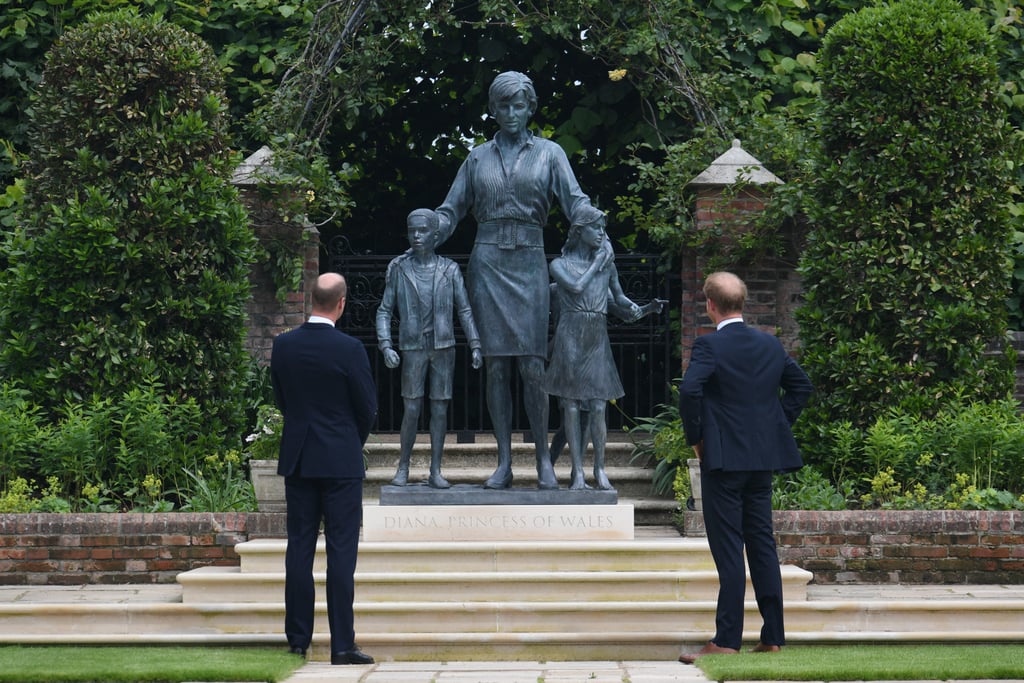 On July 1, the Dukes of Cambridge and Sussex officially unveiled the Princess Diana Statue at Kensington Palace’s newly redesigned Sunken Garden, to mark what would’ve been the late princess’s 60th birthday.

The statue was designed by artist Ian Rank-Broadley, the sculptor who created the effigy of Queen Elizabeth II that appears on all UK and Commonwealth coins. The sculpture features Diana, Princess of Wales, surrounded by three young children, which undoubtedly pays tribute to all of her humanitarian work and the many children she comforted as she visited hospitals, schools, and orphanages around the globe.

Moments after the unveiling of the statue, in lieu of a televised address, Prince William and Prince Harry released a joint statement via the Duke and Duches of Cambridge’s @Kensington Royal that said: “Today, on what would have been our Mother’s 60th birthday, we remember her love, strength and character – qualities that made her a force for good around the world, changing countless lives for the better. Every day, we wish she were still with us, and our hope is that this statue will be seen forever as a symbol of her life and her legacy. Thank you to Ian Rank-Broadley, Pip Morrison and their teams for their outstanding work, to the friends and donors who helped make this happen, and to all those around the world who keep our mother’s memory alive.”

The royal brothers commissioned the statue back in 2017 to mark the 20th anniversary of their mother’s death. “It has been twenty years since our mother’s death and the time is right to recognize her positive impact in the UK and around the world with a permanent statue,” they said in a joint statement at the time. “Our mother touched so many lives. We hope the statue will help all those who visit Kensington Palace to reflect on her life and her legacy.” The brothers chose the location of the Sunken Garden, which is situated in London’s Hyde Park, as it was one of the Princess of Wales’s favorite locations when she lived at Kensington Palace from 1981 until her death in 1997. Over the past year, the garden’s layout was redesigned and replanted to create a calmer and more reflective environment for the statue, according to a segment on BBC News.

For the occasion, Prince Harry flew to London from California where he currently lives with wife Meghan Markle and 2-year-old Archie and nearly 1-month-old Lilibet Diana. During his visit, Harry is staying at Frogmore Cottage with cousin Princess Eugenie and her husband Jack Brooksbank and their 4-month-old son August.

Due to coronavirus restrictions, numbers for the unveiling ceremony were kept to a minimum, which is why Kate Middleton was not at the event. In addition to the princes, members of Diana’s close family were in attendance, as were members of the committee that oversaw the statue’s creation and the redesign of the garden.

Keep reading to see photos of the unveiling ceremony for the Princess Diana Statue, which will be open to the public to visit for free from July 2.