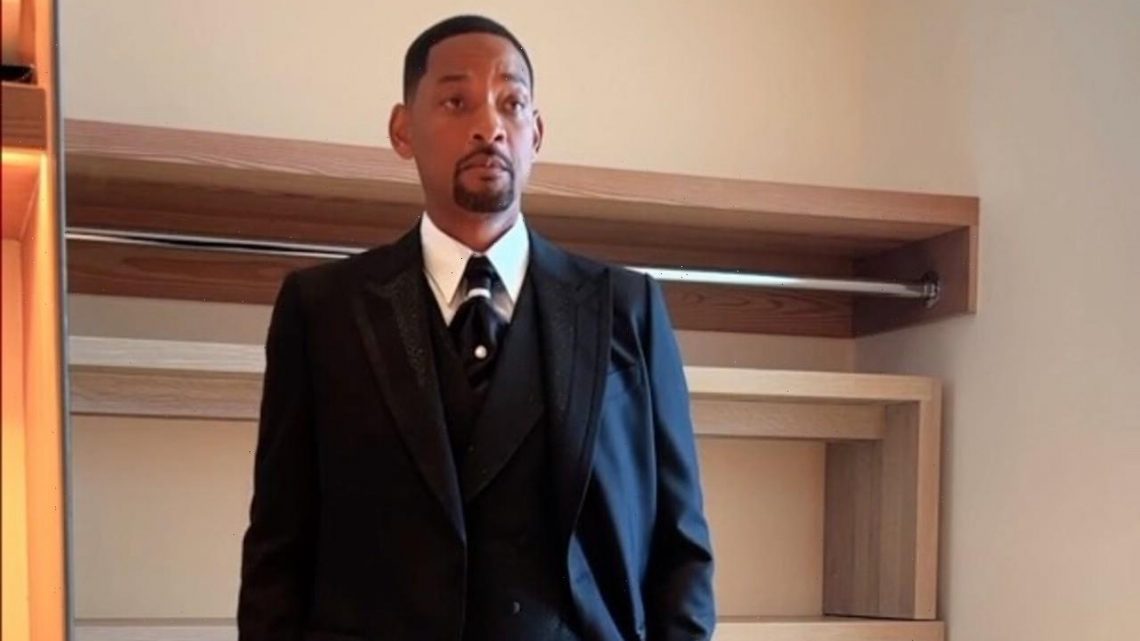 The ‘Emancipation’ actor was supposed to make a surprise appearance at the screening of his latest movie but he couldn’t following Covid-19 positive test result.

AceShowbiz –Will Smith called off plans to “surprise” fans after testing positive for COVID-19. The 54-year-old actor was excited to drop in on an audience following a screening of his latest movie “Emancipation” but he ended up meeting them via video link instead after finding out he had contracted the virus.

In a video clip, Will exaggeratedly screamed while swabbing his nostrils. “I was getting ready to surprise an audience who just watched ‘Emancipation’,” the footage was captioned.

It then cut to an hour later, with Will on a video call apologetically telling the audience, “I tested positive. I made them do it again and again, so I’m definitely positive.” The “King Richard” actor quipped in the caption to his post, “Throwback to when I went viral.”

It was recently revealed that Will – who plays a man who escapes slavery in “Emancipation” – had personally paid the extras who played dead bodies in the movie. The film’s director, Antoine Fuqua, hailed the star as the “nicest person” he has ever met and admitted he had been a joy to work with.

He said, “He was kind to everyone on the set. Will would go around and hug and shake hands – we had 300-something extras and military. Marines. He’s funny. He’s fun. We had certain extras that were the dead bodies in the graves, and he would go give them money for laying there in that heat over 100 degrees.”

“I have nothing but amazing things to say about Will Smith, really genuinely. You can ask anybody that worked on the movie, they’ll tell you the same. Nicest person I’ve ever met in my life.”

The movie was filmed before Will hit Chris Rock after the comedian made a joke about his wife Jada Pinkett Smith at this year’s Oscars.

Fuqua has defended the decision to still release the film, describing the project as a whole as “more important than one bad moment” and noting there was never a conversation “about the movie not coming out.”